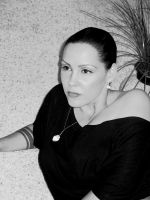 Interview with Susan A Bliler

Published 2018-07-10.
When did you first start writing?
In middle school. I wrote short stories to entertain my twin sister and to give to my mother at Christmas.
What's the story behind your latest book?
My latest book was The Hunt. I'd been thinking about writing this one for a while because I'd read a book a few years back that had a hunt scene. As with most writers who read, I'd wished at the time that the author would have gone another direction, so if you don't get what you want, you create what you want. All of my books are set in Montana because that's where I'm from and winter is my favorite time of year, which is why many of my books are set in the snow.
What motivated you to become an indie author?
I submitted my first manuscript to a publishing house and was immediately shot down. I was told there would be no audience for that type of book. I almost gave up, but my sister convinced me to self-publish. I read a lot and thought my book was good, so I went for it. I sold 3,000 copies of my first book in its first month out. Not bad for someone who only ever wanted to sell 200.
What is the first book that made you cry?
Mildred Taylor's Roll of Thunder Hear my Cry. I first read it in middle school. Growing up Native in a mostly white town, I related a great deal to the story. Racism and poverty were everyday occurrences and this book was the first time that I realized that someone else had experienced these things too.
Describe your desk.
Organized chaos. I bet a lot of other authors answered the same way. I'm orderly by nature, bordering on obsessive, but my desk--to the eye that doesn't know better--looks unorganized. It's full of piles of to-dos and receipts I still need to log into my check register. I have two monitors on my desk and the screens are surrounded with clip outs of some of my favorite quotes and sayings.
Who's your book boyfriend or secret book crush?
I like the bad boys. The misunderstood outcasts who don't think they deserve love always pull at me. Bellis St Croix from Skin Walkers: Bellis, Tyson BloodMoon from The Hunt 2, Leto Reigns from Skin Walkers: Leto...these are my type of men.
What do you read for pleasure?
Lora Leigh, Laurann Dohner, TS Joyce, Suzanne Wright, Teresa Gableman, Jessica Simms. I read in my genre, it keeps me inspired.
Where did you grow up, and how did this influence your writing?
I grew up in Great Falls, Montana. It's cold and dark here more often than it's not, but I love it. Nearly all of my books are set in Montana because I like to write what I know. Plus, Montana is just so damn beautiful. Many authors write about Montana, but only a few of us can really claim domain.
What is the greatest joy of writing for you?
Reader response. Feedback from readers is so important. Honestly, good reviews are what keep me at it. Knowing you've given someone even just a few hours reprieve from their day-to-day is powerful.
What do your fans mean to you?
Most of my fans are with me because of my Skin Walkerz series. I've dubbed them my Stalkerz. They are the best fans on the face of the earth. Period. They stick with me, support me, inspire me, and are patient with my muse and I. Honestly, I couldn't do any of this without them. I love you, my Stalkerz!
What are you working on next?
The Hunt 2. It's a follow-up to The Hunt. I learned years ago that readers don't just want to read about the Alpha, they want his Beta to find someone too. Especially when that Beta is a badass with some screwed up belief that he is unlovable. I like to fix that.
What is your writing Kryptonite?
Distraction. I write full-time from home, so I often find myself pulled away by loads of laundry or the lawn that needs to be mowed. Honestly, sitting down and knocking out words really is difficult. I tell myself that if I just sit down and knock out my daily word count then I can be free to do my chores. Still, I'll get on the computer and screw around on Facebook or something else. I never realized I was so easily distracted.
If you could tell your younger writing self anything, what would it be?
Stick with it. You're just as good as everybody else at the table and don't ever believe otherwise. Don't stop working, don't stop believing. Dream until you're black and blue.
Smashwords Interviews are created by the profiled author or publisher. 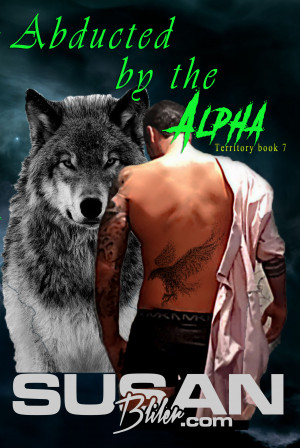 Abducted by the Alpha by Susan A Bliler
Price: $2.99 USD. Words: 50,150. Language: English. Published: May 27, 2020. Categories: Fiction » Romance » Paranormal, Fiction » Romance » Sci-fi
Alpha Gray Kincaid is looking forward to reclaiming his life as a human but is stalled when he discovers someone’s been stealing from him. He’s kidnapped the thief, and regardless of her claims, Gray will have his money back, or he’ll keep the woman in return. 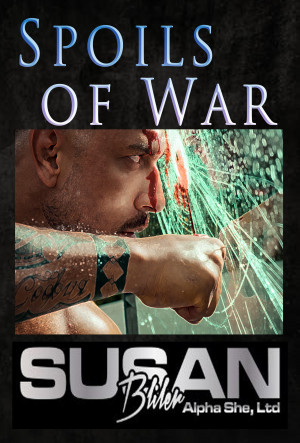 Spoils of War by Susan A Bliler
Price: $3.99 USD. Words: 50,420. Language: English. Published: April 3, 2019. Categories: Fiction » Romance » Paranormal, Fiction » Romance » Sci-fi
They took her! Before Alpha wolf shifter, War Vox could explore his infatuation with Nora, before he could even consider the implications of his inexplicable draw to the she-wolf who’d been dumped in his territory, she’s ripped away from him. Calling out War is a huge mistake, but taking something from War’s wolf is tantamount to suicide. War. Wants. Her. Back! 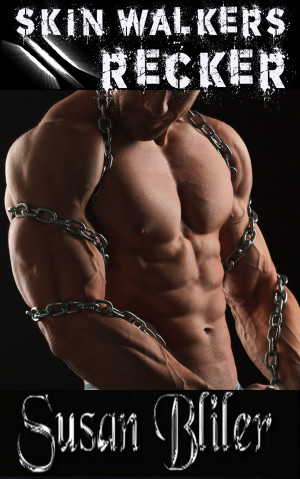 Skin Walkers: Recker by Susan A Bliler
Price: $4.99 USD. Words: 52,600. Language: English. Published: March 27, 2018. Categories: Fiction » Romance » Paranormal, Fiction » Romance » Fantasy
Recker Rhodes is given a mission he doesn’t want, assigned to some guy he doesn’t want to shadow, Recker’s world is rocked when it turns out the guy, Alex, is actually an Alexandra. 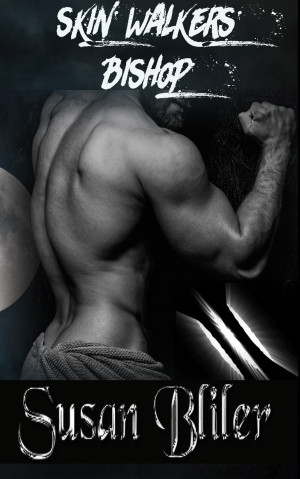 Bishop: Skin Walkers Book 3 by Susan A Bliler
Price: $4.99 USD. Words: 36,530. Language: English. Published: January 30, 2018. Categories: Fiction » Romance » Paranormal, Fiction » Romance » Fantasy
Ravaged by the one man she was meant to call hers, Jenny knows her own treachery is to blame. Now, her mate is spiraling from his attack on her. She’ll have to convince him that her forgiveness isn’t a ploy while owning her part in pushing Bishop past his boundaries. 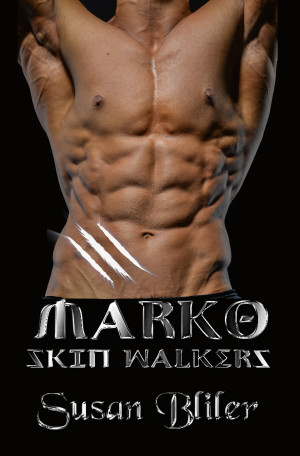 Thea Kinsey is pregnant with a Skin Walker child and on the run. Worse, how does she convince the father that she shot him on accident? There’ll be no explaining. He’s vowed retribution and Thea has no choice but to run fast and hard to keep him from discovering that she’s carrying his baby. 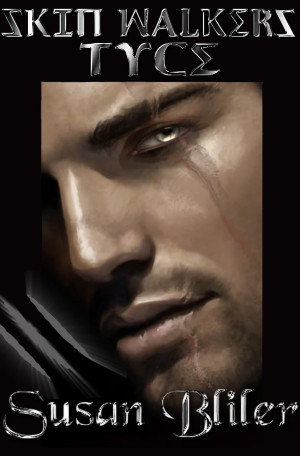 Skin Walkers: Tyce by Susan A Bliler
Price: $4.99 USD. Words: 48,850. Language: English. Published: October 31, 2017. Categories: Fiction » Romance » Paranormal, Fiction » Romance » Fantasy
Briel Solomon hates Skin Walkers. She’ll have to rely on them one last time, but once she gets what she’s owed, she’ll be gone. Tyce’s casual indifference to the simple mission he’s accepted is typical. Self-assured to the point of cockiness, he knows no one is better at the hunt then he and his Apex Skin Walkers. Hell, the simple retrieval mission of one human female? Cake! The mission is 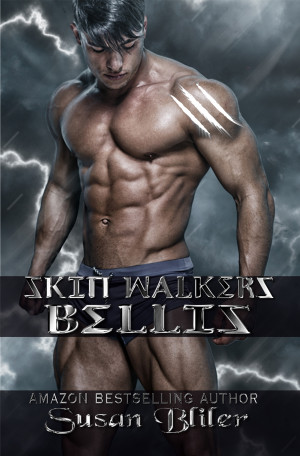 Skin Walkers: Bellis by Susan A Bliler
Price: $4.99 USD. Words: 70,020. Language: English. Published: May 5, 2017. Categories: Fiction » Romance » Paranormal, Fiction » Romance » Fantasy
The traitor responsible for the attack on StoneCrow Estates is captured by Monroe’s favored assassin, Bellis StCroix, only Bellis’ captive, Samantha Michaels, isn’t what he was expecting. Snarly and sexy, his little enemy is calling to something in him that he has to ignore because she’s the enemy…right? 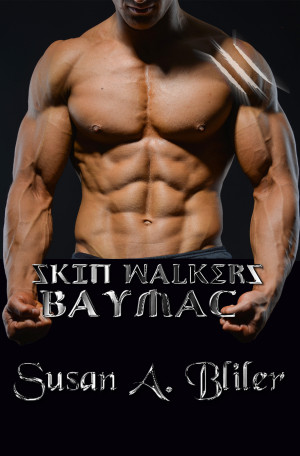 Skin Walkers: Baymac by Susan A Bliler
Price: $4.99 USD. Words: 42,230. Language: English. Published: January 23, 2017. Categories: Fiction » Romance » Paranormal, Fiction » Romance » Sci-fi
Grace Rowland is on the run from an abusive ex-boyfriend. Her decision to move on couldn’t have come at a worse time because the blizzard blasting the state has made it impossible for her friend to retrieve her from the small town she’s holed up in. Assured that someone is coming for her, Grace is leery as all hell when a sexy behemoth arrives and claims to be her transportation. 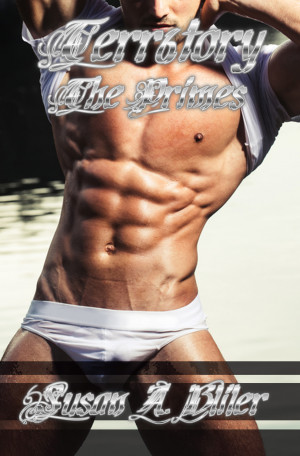 Terr6tory: The Primes by Susan A Bliler
Price: $4.99 USD. Words: 50,290. Language: English. Published: January 3, 2017. Categories: Fiction » Romance » Paranormal, Fiction » Romance » Fantasy
Ryka and her small band of she-wolves are on the run. Needing a safe place to rest before they’re forced to flee again, they travel to the territory of a so-called “just Alpha” where Ryka finds herself in the cage of Apex Wren Prime. 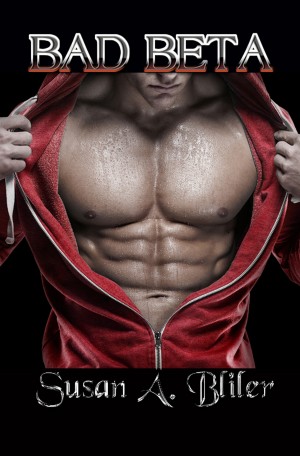 Bad Beta by Susan A Bliler
Price: $4.99 USD. Words: 41,440. Language: English. Published: October 4, 2016. Categories: Fiction » Romance » Paranormal, Fiction » Romance » Sci-fi
Shifters are after Emma’s land and she’s forced to approach the wolves she knows live on a neighboring mountain in hopes of getting their assistance. Forced to guard Emma and keep her safe until his pack can find her attackers, the Voshall bad Beta is in for a world of hurt when his wolf attaches himself to the woman.
View their profile to see all of their books