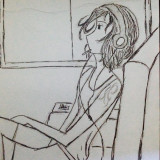 Published 2018-01-13.
Describe your desk
It's fairly messy. I would say it just accumulates stuff from time to time and when it does fill up to a level I can no longer tolerate that's when I start clearing it up.
Where did you grow up, and how did this influence your writing?
I grew up in a very rural area in the North of the Philippines. The area is known for its seclusion since it's a mountain region. So pretty much growing up was rather different. I grew up with this sense of isolation since I was from a mixed ethnic breed who couldn't communicate well and I was raised middle class struggling with depression and bullying in a first class school. This sense of isolation got me further into exploring into my thoughts for my entertainment and relief. And I think that's what got me into writing at an early age. I needed to write to further express myself in a different way in an attempt to make myself feel better about things. Writing for me was an escape, a portal to infinite worlds and up until today, it is always interesting to be transported in various worlds in a matter of a few words.
When did you first start writing?
I first started writing when I was 12. It was a school homework. My English teacher commended my work and after that, I felt that I can probably do something with the medium and I started writing journals, short stories, and even fanfiction just for my own personal relief. Eventually, people began to take notice of my habit of writing whenever I have the time and a few had read some of my works. I love their reactions when they encounter something in the story like a cliffhanger or just a really good scene between the characters. That is when I realized that perhaps I could continue writing because it just does wonders.
What's the story behind your latest book?
It's a compilation of prose and poetry taken from my time living in the capital which is Manila. I was there for 2 years and a half, just sorting out my sense of being and immersing myself in a different perspective and culture that was very different from what I was raised in back in the North.
What motivated you to become an indie author?
I hate to say it but I'm not at par with the reading audience in my home country. And getting published in the Philippines is a matter of how influential you are and it's not really about the quality. It never was. Sure there are premiere works on the shelves but it's hard to get there if you don't have enough finances or if you are not in that "elite circle". For some reason in the Philippines, art is more of a luxury. Meaning, that only people from premier universities or those who are from well-to-do backgrounds are the only ones who can pursue art. It's odd, so I decided to bring out my craft outside and of course, it would be interesting if it comes home to the Philippines but only time can tell.
What is the greatest joy of writing for you?
The ability to express and unload this massive trail of thought and emotion. And also when you see people find themselves in your craft. It's like you've given them a medium for them to explore themselves.
Who are your favorite authors?
I would say Haruki Murakami and Maeve Binchy are my top 2. For me though in reading, I just go solely for the story so it could be anyone really. But Murakami and Binchy had been monumental for me since their style helped me actualized my own.
When you're not writing, how do you spend your time?
Either I have great talks with my friends, I explore and listen to music, basically anything that triggers my curiosity is a valid activity.
What is your writing process?
Basically very freestyle. Since I am currently on poetry there is not much process involved. Just pretty much write everything and arrange them later.
What do you read for pleasure?
Anything that captures my interest really. From glossy picture books to old novels in second-hand bookshops. Although I find men's magazines a guilty pleasure.
Smashwords Interviews are created by the profiled author or publisher. 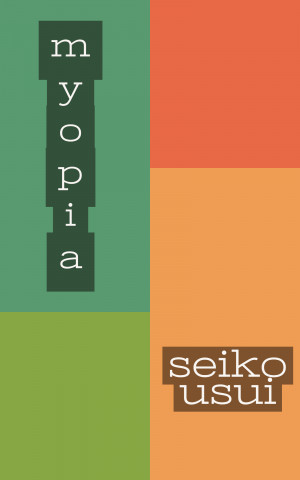