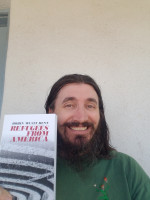 Published 2013-08-29.
Where did you grow up, and how did this influence your writing?
I grew up first in Texas; I moved to California when I was eleven. They're the second and third biggest states in the union, sometimes too big for their britches, and very occasionally they're cognizant of the responsibility and the humility that size demands. Hopefully I manage the same feat.

Whatever is Texan in me is stark; Texans like simple things and they like poetry. They like the country and they like food, men and women, the land, nature. Texans don't have complex attitudes about the land, and about Nature, it's there, and they like it.

These are all shameless generalizations, of course, but I've benefited as a man and as a writer by absorbing the unique cultures of both states.
When did you first start writing?
I started writing before I could write, apparently: my Mom wrote down stories I told her. One that survives concerns a character named "Back-It Pallusus" who could "back it" people from the dead. In other words, he was a necromancer.
What's the story behind your latest book?
My Name is Dee is about a magician in present day Los Angeles who is going insane. But his madness is really only as crazy as the average Angelino. It's a science fiction book about LA culture, about humans and aliens, and about the nature of reality.
What motivated you to become an indie author?
Well, in contrast to "if you can't beat 'em, join 'em" is, I suppose, "if you can't join 'em, beat 'em!"
What are you working on next?
Currently I'm at work on a novel set in the far future, after Earth's sun has died.
Who are your favorite authors?
Gene Wolfe, Sheri S. Tepper, James Joyce, Kim Stanley Robinson, William Shakespeare, and the author of The Epic of Gilgamesh make up a partial list.
What inspires you to get out of bed each day?
To see what's happening.
When you're not writing, how do you spend your time?
I'm currently studying at Chapman University, earning an MFA in fiction. Orange is a nice quiet little town, rather frighteningly so, considering it's situated dead center in one of the most densely populated counties in the USA, Orange County.
Do you remember the first story you ever read, and the impact it had on you?
I remember audio books; I used to demand my parents turn over the tape for me in the middle of the night because I didn't know how to do it (they quickly taught me, so they could get some sleep).

I remember a scary story for children called "Knee Knock Rise" that had a great soundtrack and was filled with suspense and mystery. Later I recorded over the tape and made it blank because I found it so scary, but regretted it later.

I also remember an audio book called "The Little Blue Brontosaurus" which was full of adventure and drama, and the pain of growing up.
How do you approach cover design?
I drew the cover for My Name is Dee myself. Knowing how many hours and days and weeks of work it is now makes me infinitely grateful to have the assistance of a cover artist on my forthcoming book.
What are your five favorite books, and why?
The Book of the New Sun, by Gene Wolfe. In some ways, it's a microcosm of the entirety of human experience. It's like The Bible, The Iliad and Joyce's Ulysses had a love child set in a science fiction universe.

There's five books in that series:

The Shadow of the Torturer
The Claw of the Conciliator
The Sword of the Lictor
The Citadel of the Autarch
The Urth of the New Sun
What book marketing techniques have been most effective for you?
I've gotten some good results from free giveaways.
Smashwords Interviews are created by the profiled author or publisher. 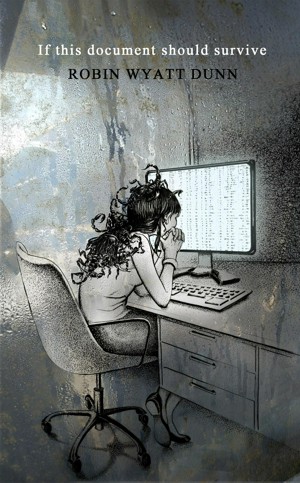 If this document should survive by Robin Wyatt Dunn
Price: $1.00 USD. Words: 6,720. Language: English. Published: May 1, 2022. Categories: Fiction » Literature » Literary
In the desert, an office not-love story. Outside, the scorpions chatter. "And it is woman remember, who bears the shield: for both the Greeks and the Romans. She wields it up and over her man, on every coin we can find." 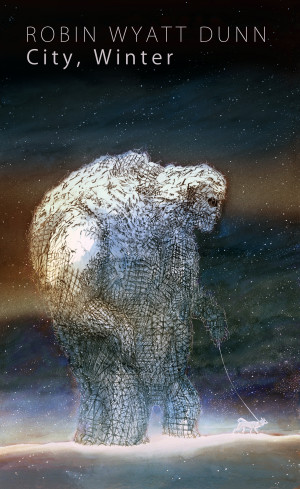 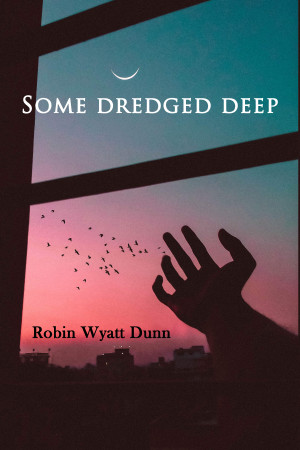 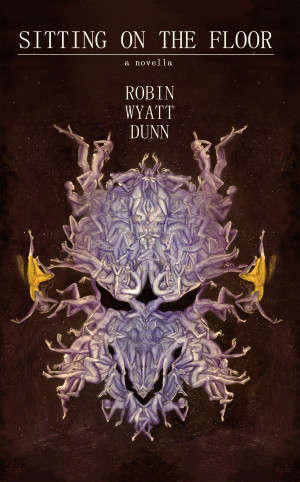 Sitting on the Floor by Robin Wyatt Dunn
Price: $3.00 USD. Words: 22,910. Language: English. Published: November 22, 2019. Categories: Fiction » Fantasy » General, Fiction » Literature » Literary
At Gobekli Tepe, the ancient temple in Anatolia and epicenter of farming and Indo-European culture, a high priest rebels against an Anatolian cult, fleeing with his wife and escaped slave children. A journey of spiritual discovery and an act of escape, Sitting on the Floor is a Pizzagate story set in the Neolithic. 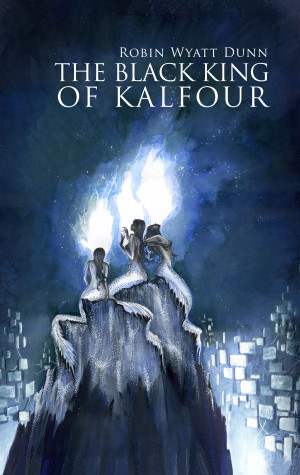 The Black King of Kalfour by Robin Wyatt Dunn
Price: $4.00 USD. Words: 29,020. Language: English. Published: February 1, 2019. Categories: Fiction » Literature » Literary, Fiction » Science fiction » General
Who is a man married to, when he is married to a woman? And what if they get divorced, but only one of them remembers? The Black King of Kalfour catalogues one man's quest for his woman across multiple dimensions. 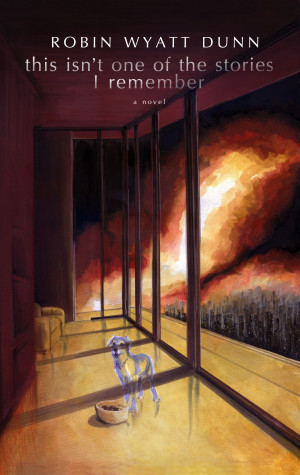 This Isn't One of the Stories I Remember by Robin Wyatt Dunn
Price: $4.00 USD. Words: 31,350. Language: American English. Published: August 1, 2018. Categories: Fiction » Literature » Literary, Fiction » Science fiction » Adventure
The city has been burning for months. Robert needs a new job, and a new dog, and a new wife. But he's not going to get any of those things. Instead he is sucked into a series of parallel universes, chasing the job, dog, and wife he already has. 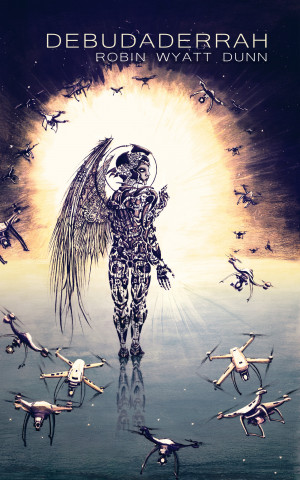 Debudaderrah by Robin Wyatt Dunn
Price: $3.00 USD. Words: 17,890. Language: English. Published: January 15, 2018. Categories: Poetry » Epic, Fiction » Science fiction » Space opera
Debudaderrah, far colony, receives a surprise: a sentient robot from some Earth which does not yet exist. The robot has orders to eliminate all life it finds; but the robot is also human, and has a troubled conscience. Science fiction poetry by Robin Wyatt Dunn. 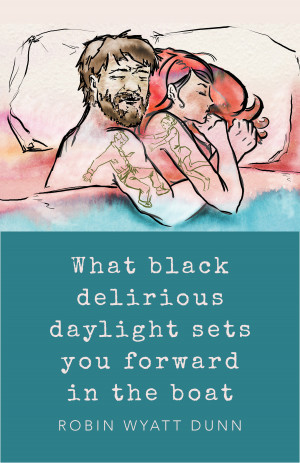 What Black Delirious Daylight Sets You Forward in the Boat by Robin Wyatt Dunn
Price: $3.00 USD. Words: 3,570. Language: American English. Published: October 1, 2017. Categories: Poetry » American poetry » General
“A prophet is not without honor, except in his own country.” A poet is home in his work. Here, Dunn both enumerates and interrogates the hidden dream we are too distracted to encompass; as simple souls in the brush, we do not wish to disturb the Universe. Yet Dunn did this for us. - Dustin Pickering, founder of Transcendent Zero Press 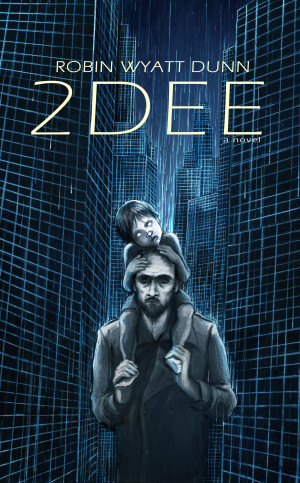 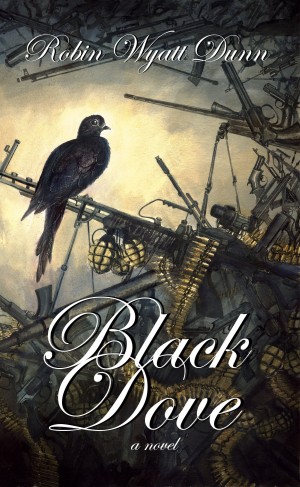 Black Dove by Robin Wyatt Dunn
Price: $4.99 USD. Words: 32,170. Language: English. Published: October 19, 2016 by Scarlet Leaf. Categories: Fiction » Adventure » War & military adventure, Fiction » Thriller & suspense » Spies & espionage
Love and war in the Middle East: Robert is a disillusioned reporter; Rachel an agent for Mossad. Modeled on the Song of Solomon, Black Dove explores the intricate interconnectedness between love and war, violence and friendship, and the complicated relationship between the United States and Israel.
View their profile to see all of their books