Published 2017-06-07.
What type of books do you enjoy reading?
I actually enjoy Science Fiction and Fantasy most when it comes to my own reading. My father also reads a lot of the same and exposed me to it at a young age, so I think that was a big influence. Mystery is another genre I loved when I was young, but other than Tony Hillerman novels I fell away from it for quite a while. Today, I'm looking at mysteries and Noir novels from across the spectrum and amazed by all the diversity, and also exploring ways to combine all my genre passions in my writing.
Do you remember the first story that made an impact on you?
My father read my sister and I THE HOBBIT and THE LORD OF THE RINGS as bedtime stories when we were relatively young. From those books, I learned not only a thirst for adventure, but a real desire to try and build a detailed world when I do my own writing. I completely admire the depth of the storyline Tolkien wove and how it all comes together.
What are you working on?
More stories in the Genre Fiction and New Pulp arena are now out from Pro Se Press in 2017. There's a suspense tale in EXPLORER PULP called "Hidden History," and a story called "Tropical Terror" in CRIME DOWN ISLAND which is loosely inspired by my own personal experiences of living through a hurricane in Hawaii in the 1980s. I've really enjoyed the stories I've done so far in the anthologies THE DAME DID IT and NEWSHOUNDS, plus my own short story "Ghost of the Airwaves," all of which are available on Smashwords. There is potential for additional stories through Pro Se Press, and those will be announced in due time as they develop.

As far as my indie projects, my goal is to get to the next collection of THE WILLOWBROOK SAGA out in 2017. What I'm actually planning on releasing first is THE WILLOWBROOK MYSTERIES CASE FILES #1, a group of stories set in present-day Willowbrook revolving around the chaos and disorder in the town following the Saga. I believe both series will be enjoyable if read independently, but each will complement the other.

MYANNA MOORE is a serialized set of stories based around a private investigator that I have started marketing under my PULP AND MYSTERY SHELF blog name. They actually feature the daughter of the lead of an older series I started launching but quit midway called the TRUTH REVEALED saga, and those older books serve as the backup features in the serialized e-books. I came to realize I really wanted to tell the daughter's stories. The older books will be re-released as bonus material to the MYANNA MOORE books. My hope is that these will eventually lead to full-length books featuring Myanna Moore.
When did you first start writing?
I first started seriously writing in the fifth grade after some poetry I wrote got enough attention from my teacher to be featured in a student mall exhibition. In sixth grade my teacher made us write weekly stories with our spelling words. When mine regularly became among the best read to the class each week, I decided it might be something worth getting serious about.
Where did you grow up, and do you feel that it had any influence on your writing?
I see my birthplace and hometown as two different things. Though born in California, my father was in the Navy, and we would also go on to live in Japan and Hawaii before he retired. After his retirement, we moved to Cheney, Washington, to be near his family. So I went from an early childhood in foreign lands and exotic cultures to teenage years in a college town in Eastern Washington with a main street that had only a couple stoplights, where I remained until moving to Los Angeles in 1996. I believe that my wide exposure to varied culture, geography and ideas gives me the freedom to explore people from a wide variety of backgrounds and set stories in varied settings. THE WILLOWBROOK SAGA novels are set in a fictional town similar to ones found in Eastern Washington with its own little twists, while other items I've written take place in Los Angeles.
What motivated you to become an indie author?
There were two factors. One was that I suffered a long period of unemployment a couple years ago, and wanted to do things with all the time on my hands when I wasn't looking for work. I'd been freelancing other things off and on with projects for other people, but I decided I also wanted to start doing stuff directly and seeing what I could accomplish. More importantly, I realized that some stories stories I wanted to tell just wouldn't be mainstream enough for publishers, but I've had it on my heart for years to tell some of these stories (such as THE WILLOWBROOK SAGA, which traces its roots back to my own high school days for its earliest character development). So I followed my heart because I had the time to do so. Though I release less books now because I've been working, there are still things being worked on that will see the light of day. Now that I've started I'm not giving up, though I also enjoy working with other people and publishers as well.
What is the greatest joy of writing for you?
What I enjoy most about writing is to be able to create various characters and explore what it would be like to live lives and face decisions that I myself probably never will face. I like to take a look at humanity's many facets and how nothing is really black and white. I enjoy when I'm writing and then all of a sudden a plot twist reveals itself I didn't plan and how it changes everything. The joy is in the discovery.
When you're not writing, how do you spend your time?
When I'm not writing, you can usually find me immersed in playing LORD OF THE RINGS ONLINE or reading a book. However, as my "day job" if you will, I do quality assurance of websites. Attention to detail is important in that line of work, as well as in writing.
Smashwords Interviews are created by the profiled author or publisher. 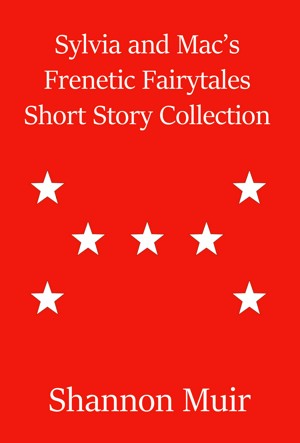 Sylvia and Mac's Frenetic Fairytales Short Story Collection by Shannon Muir
Series: Sylvia and Mac's Adventures. Price: $0.99 USD. Words: 12,370. Language: English. Published: March 13, 2022. Categories: Fiction » Romance » Collections & Anthologies
Sylvia sells tickets in a movie theater. She loves animated movies and has a crush on the voice that sings the lead of the prince in the FRENETIC FAIRYTALES franchise. What happens when she meets the man behind the voice? This series of four short stories follows their journey. Some have appeared elsewhere, and some are new, but find them all in one place in this value collection. 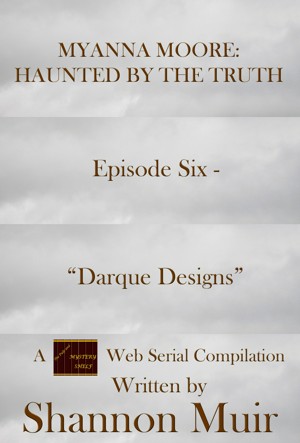 Myanna Moore: Haunted by the Truth Episode Six - "Darque Designs" by Shannon Muir
Series: Myanna Moore: Haunted by the Truth, Book 6 · Willowbrook Saga Serials, Book 7. Price: $0.99 USD. Words: 15,670. Language: English. Published: July 16, 2021. Categories: Fiction » Mystery & detective » Women Sleuths, Fiction » Mystery & detective » General
Myanna begins to learn more about the "Darque Designs" behind her experiences as she searches to uncover what is really going on. This is backed with the novelette, "Mirror of Truth," featuring her mother Firinne "Truth" Knox as she continues to find herself and what bigger plan she is a pawn in. Continue to learn more about the young woman who becomes Willowbrook's premier private investigator! 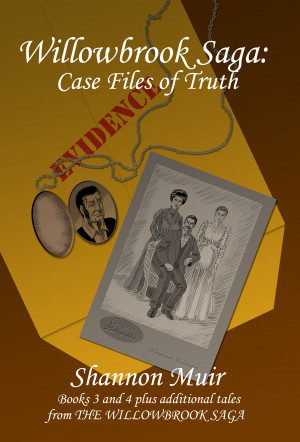 Willowbrook Saga: Case Files of Truth by Shannon Muir
Series: Willowbrook Saga Collection. Pre-release—available August 1, 2023. Price: $4.99 USD. Language: English. Categories: Fiction » Themes & motifs » Family sagas
Cherie Daniels made her fortune in the entertainment industry capitalizing on her hometown and its heritage, taking liberties and distorting fact and fiction. but must make peace with the truth. This e-book collection brings together the rest of the journey of Cherie and her best friend Angie to womanhood, and with additional tales brings closure to The Willowbrook Saga. 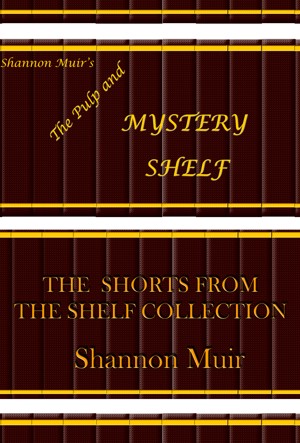 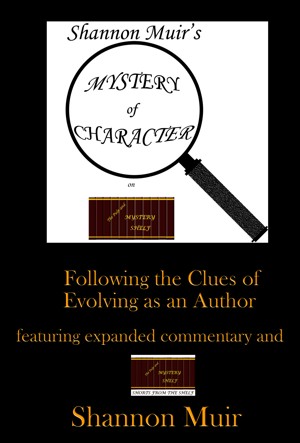 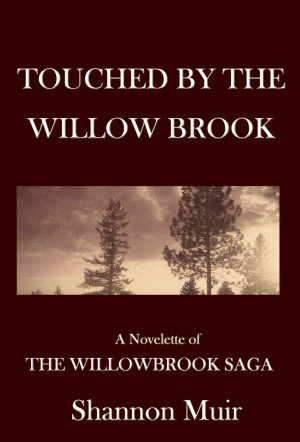 Touched by the Willow Brook: A Novelette of the Willowbrook Saga by Shannon Muir
Series: Willowbrook Saga. Price: $0.99 USD. Words: 9,210. Language: English. Published: May 30, 2020. Categories: Fiction » Themes & motifs » Family sagas, Fiction » Themes & motifs » Crime
While the drama unfolds in 1990s Willowbrook, Mona Williams has married and become the well-known author M. Birdie Greymont. Living in relative isolation in the Pacific Northwest, events unfold that make her realize it is her time to return to Willowbrook and make a difference. This novelette sets up the events that will lead to her return to the town she never thought she'd see again. 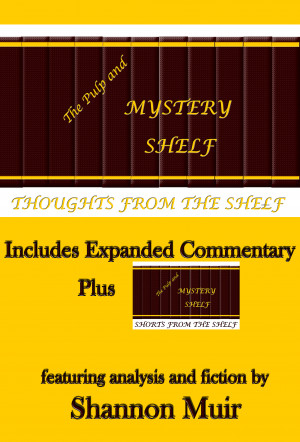 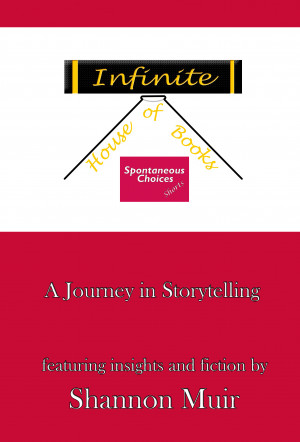 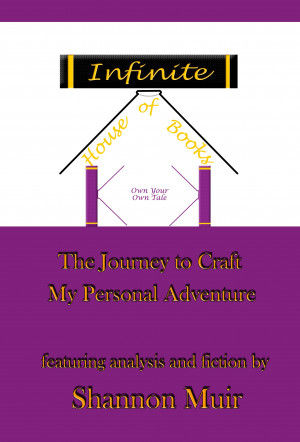 Infinite House of Books - Own Your Own Tale: The Journey to Craft My Personal Adventure by Shannon Muir
Series: Infinite House of Books. Price: $0.99 USD. Words: 7,910. Language: English. Published: June 7, 2019. Categories: Fiction » Anthologies » Short stories - single author, Essay » Author profile
Shannon Muir takes readers behind the scenes of the evolution of her blog feature, OWN YOUR OWN TALE, and what she learned along the way. This comes with the story, "A Second LaChance," which originally appeared in 16 installments on her blog but here is a complete tale and an opening and ending exclusive to this book. 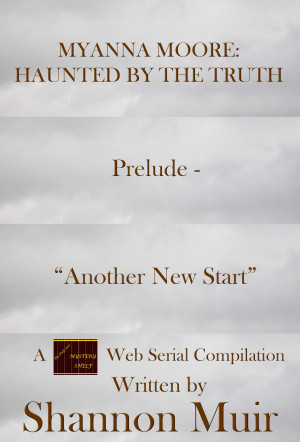 Myanna Moore: Haunted by the Truth Prelude - "Another New Start" by Shannon Muir
Series: Myanna Moore: Haunted by the Truth · Pulp and Mystery Shelf Web Serial Compilations · Myanna Moore: Haunted by the Truth · The Pulp and Mystery Shelf · Willowbrook Saga Serials, Book 1. Price: $0.99 USD. Words: 3,600. Language: English. Published: June 8, 2019. Categories: Fiction » Mystery & detective » General, Fiction » Thriller & suspense » General
Who was Myanna's mentor? What was life like when they still worked together? This Prelude answers those questions. Included are "Another New Start," originally serialized on Goodreads (which is no longer available there) and with an ending exclusive to this e-book, and "Taking One for the Champ" originally on the website SHANNON MUIR'S THE PULP AND MYSTERY SHELF
View their profile to see all of their books