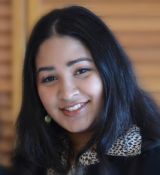 Published 2014-04-29.
When did you first start writing?
I wrote a little bit as a child, but I did not start writing in earnest, until I was fifteen years old. Before then, I'd just written a bit of poetry and a few songs, with the occasional english assignment for a short story. After I turned sixteen, I discovered the joy of short story writing and the Christian Writers Guild. I have been writing ever since. The first thing I ever officially wrote, was a poem in fifth Grade English about the four seasons. The first novel I ever wrote was a mystery about an abandoned cabin.
What is your writing process?
It's a very simple process. I sit down and I write. I spend most of my in-between time thinking up of scenes and characters, so whenever I do sit down or have a moment to type on my phone, I just start writing the most pressing idea or sync up to the last story I was working on. I have tried to outline in the past, but I find that as long as I have a general working idea of what I want the story to be, I can write a good story and revise it to be a great story.
Do you remember the first story you ever wrote?
The first story I ever wrote was for a third-grade English class for the prompt of two divers trapped in an underwater cave. I had so much fun writing and presenting it to the class, it opened up a whole new world of possibilities for me. I wrote about two divers who were best friends and how they found buried treasure before they were trapped in the cave, it was very fun.
What is the greatest joy of writing for you?
Being able to tell a good story. Above all else, I love to tell stories. I have so many fantastic worlds and characters to share, I just have to write. I am happiest when I write a story and someone tells me that it has touched them and made them smile.
What do you read for pleasure?
Mystery books and old classics! I am a huge fan of Sherlock Holmes and Nancy Drew. I have read every single Nancy Drew hardback that I could and most of the paperbacks as well. I have also read all of the Sherlock Holmes books and Laurie R. King's Mary Russell books, that are just fantastic. I enjoy Agatha Christie on occasion and my favorite inspirational mystery books are by Dee Henderson.
Who are your favorite authors?
Frances Hodgeson Burnett, author of The Secret Garden is my favorite classic author. As a mystery lover, I am partial to Sir Arthur Conan Doyle, for Sherlock Homes, Laurie R. King, for a Sherlock Holmes with a twist. Tamora Pierce is wonderful for her inspiring fantasy work. Donita K. Paul introduced me to my love of dragons and Dee Henderson is the fantastic writer who inspired me to start writing.
What is your e-reading device of choice?
I actually have both a Nook and a Kindle. I love my Kindle, because I can read in the dark with it and I like my Nook, because I can preview my ebooks on it before I publish, to check the formatting and such. They're both quite fun and they allow me to read all the time.
How do you discover the ebooks you read?
Most of my ebooks are usually found through recommendations of a friend or family member. Sometimes, if I really liked a book, I'll check out other titles by the same author. I actually choose ebooks based on the cover, if it looks interesting and colorful, I'll download a sample. If I like it, I'll buy it, read it and leave a review.
What motivated you to become an indie author?
I always feel as if I have too many stories to tell. They aren't always long or short and they often cover several different genres at a time. I wanted the freedom to write what was in my heart and not tailored to a specific genre market and I found that as an indie author. I can publish my "one shots" and I can publish novels and novellas. It's perfect for me.
What do your fans mean to you?
They are amazing! I am always so blessed and encouraged by their support and enthusiasm. It is wonderful to know that people enjoy what I write.
What are you working on next?
I am currently working on my first official Christian Fantasy novel and I'm very excited to see it coming together. For a quick teaser, it's about a magical bookstore and it's bookkeeper, who learns he has a niece he never knew of. It's going to be a fantastic read and I plan to release it in Fall 2014.
Smashwords Interviews are created by the profiled author or publisher. 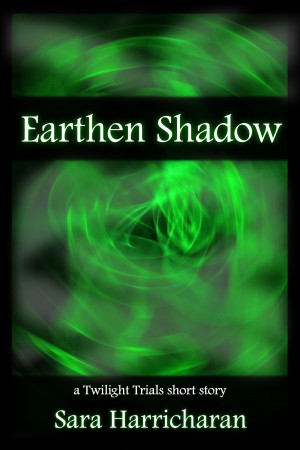 Earthen Shadow by Sara Harricharan
Price: Free! Words: 8,420. Language: English. Published: July 21, 2014. Categories: Fiction » Fantasy » Short stories
Holding a fickle version of precognition via reflective surfaces, Master Kalen can tell when something big is brewing. When his apprentice's former sponsored student comes to ask a favor, Master Kalen must learn both sides of the story to prepare himself for the incoming storm. Takes place before Trial by Earth. 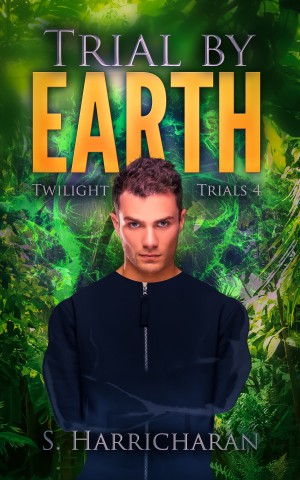 Trial by Earth by Sara Harricharan
Series: Twilight Trials, Book 4. Price: $2.99 USD. Words: 50,570. Language: American English. Published: July 24, 2014. Categories: Fiction » Christian » Fantasy, Fiction » Young adult or teen » Science Fiction
The youngest Twilight Guardian in fifty years, Ellis Lathmore is the only Earth Elemental present at the Twilight Training Academy. Lately, his powers have been growing out of control and Ellis knows something is wrong. But when a friend turns up injured, without his partner, Ellis heads into the Amerinth jungle to bring her back. Will he survive this tricky rescue mission? 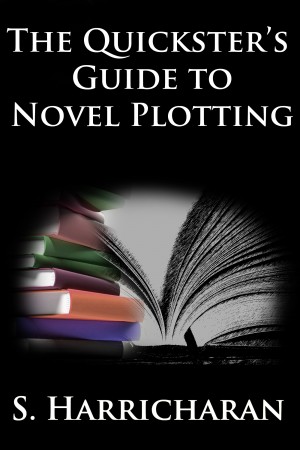 The Quickster's Guide to Novel Plotting by Sara Harricharan
Price: $3.99 USD. Words: 10,890. Language: English. Published: October 14, 2011. Categories: Nonfiction » Reference » Writing skills
Tips and tricks if you're trying to figure out how to start plotting your novel. Designed to help you jumpstart the planing and outlining process for your literary masterpiece. Aimed to be a quick guide for first-time novelists. Perfect for Nanowrimo. **on promotion during November** 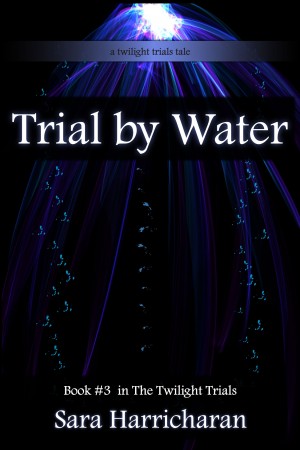 Trial by Water by Sara Harricharan
Series: Twilight Trials, Book 3. Price: $2.99 USD. Words: 33,130. Language: English. Published: August 5, 2011. Categories: Fiction » Christian » Fantasy
Marcus Gillen is a Twilight Knight with elite Gold Clearance. His latest mission has popped up at a bad time. His gift is water--a double-edged sword to an elemental bearer. Digging deep into his past might provide a few answers, but in doing so, Marcus is forced to take a closer look at himself. The darkness he's fighting may be closer than he thinks. Book #3. 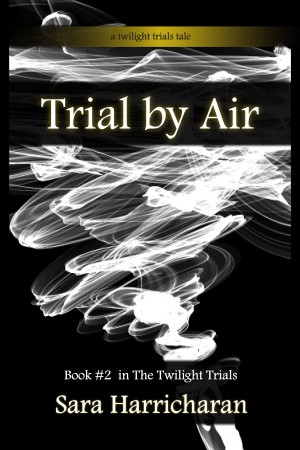 Trial by Air by Sara Harricharan
Series: Twilight Trials, Book 2. Price: $2.99 USD. Words: 14,190. Language: English. Published: July 23, 2011. Categories: Fiction » Christian » Fantasy
As a general applicant student in the Twilight Academy, Layta's heart is set on the rank of Twilight Knight. Her dream is impossible until Shatila Briston sponsors her. Layta is overjoyed to accept and receives her first assignment as a Twilight Knight. But seems that anything that can go wrong, will. In the desert, on her own, with no one but herself to rely on, can Layta survive? Book #2. 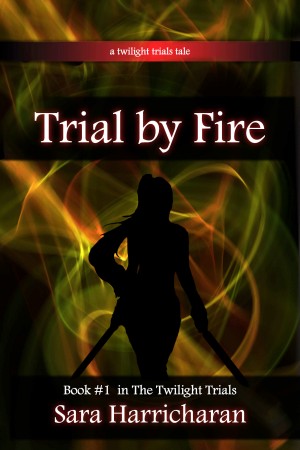 Trial by Fire by Sara Harricharan
Series: Twilight Trials, Book 1. Price: $2.99 USD. Words: 15,950. Language: English. Published: July 17, 2011. Categories: Fiction » Christian » Fantasy
Shatila is a Twilight Knight up for promotion to Twilight Titan. The only thing left to do is make peace with her inner self and prepare for the ceremony. Until Master Dugene interrupts her meditations with one final assignment--an escort mission for a Duke. Can this frustrated knight handle one final assignment? Book one in the Twilight Knights series.