Published 2020-06-24.
Where did you come up with the idea for CommWealth?
CommWealth sprang from a long, richly detailed dream in which the central “I” demonstrates his easy adaptation to a property-less society by demanding electronic gadgets, cars, motorcycles, in fact anything he desires, and hoarding it all in a mansion he’s booted someone else out of. He takes the basic premise of this society, the guilt-ridden, involuntary sharing of everything, to its extreme when he asserts the right to claim a former girlfriend as his property. Fortunately I had a certain psychological distance from this dream narrator character who became CommWealth’s arrogant, pathetic anti-hero Allan Larson.

The dream was so clear that the plot flowed easily, allowing for both farce and reflection on our emotional and legal attachment to the tens of thousands of objects we own. The book demanded a semi-realistic dystopia, no weird science fiction technology or future setting. I wanted a literary element to highlight range of human romance, fear, and courage, as well as the shadow aspects of the self.

The main thing I'm looking for in any novel is a psychological solidity no matter how bizarre the plot may get. I also drew on my less than stellar playwriting and acting stints at Rice University as background for the amateur theatrical troupe in CommWealth.
Who’s your favorite hero in CommWealth?
My favorite is the over-the-top anti-hero Allan. The insanity of the six-month-old CommWealth system, in which all private property has been outlawed and citizens are required to share everything, finds its expression in Allan Larson as he glibly procures a Porsche in the first scene. Allan is a narcissistic playwright and actor who forces the Forensic Squad theater troupe to stage his mediocre play Cabaret. Supercilious, clueless, and manipulative, he’s claimed a mansion in Linstar Heights, surrounding himself with expensive cars and gadgets. He both needs friends and is quick to betray them. As a writer he thinks he should express his buried truths, but he’s too fearful to find out what they really are, and when crime tempts him, he sees it as just another avenue to fulfilling his needs. Though he has a certain measure of charisma, he’s basically a loser, and the only way he can get his love object Lisa is to demand thirty days’ ownership of her as per CommWealth regulations.
Who’s your favorite heroine in CommWealth?
Erica Thora, the beautiful model girlfriend of bicycle mechanic Richard, initially seems to be a two-dimensional background figure, especially when Allan, tired of the apparently brainwashed Lisa, begins cataloging his lust for the physical attributes of the exceptional six-foot beauty. Yet Allan is shocked to find that the buxom model is really thirty-seven, six years his senior, and mature and decisive in ways that terrify Allan and in fact are unknown to her own boyfriend Richard. Erica’s father, a policeman, taught her how to shoot everything from hunting rifles to semi-automatic weapons, and it’s her courage and practical insight that finally challenge the folly of CommWealth. She’d definitely be at home in a Robert Heinlein novel.
Are your characters based on real people, or did they all come entirely from your imagination?
My goal is respect and fairness to all characters, as if they were all actors in a Shakespeare play with their special moment on stage. I want to see all aspects of their personalities as objectively as possible. I hope I’m creating characters that are not based on real people, or people in my life, but that represent universal human forces. It’s too easy, for instance, to base a character on someone you dislike, who then becomes a shadow aspect of yourself you can’t deal with. You pour a lot of bile onto him or her and never really get to the core of the character.

I try to parcel pieces of myself to all the characters, both male and female. The ensemble nature of this novel, in which half a dozen characters take equal turns on stage, allowed me to represent some of my best and worst qualities across a wide range of characters and scenes.
Who is your favorite writer?
My favorite author is probably Franz Kafka. The fact that Kafka is more and more regarded as a humorist (especially in Europe) resonates deeply. His biographer Max Brod recounts scenes of Kafka laughing as he reads portions of The Trial to a literary group, whose members are also finding the book deliriously funny. To me there’s a psychological dimension of this humor that goes far beyond what we might now call “black comedy.” At some point I want to finish reading The Trial in the original German, but that’s a long slog for me with dictionary in hand.
What inspires you?
Things that make deep emotional and thematic sense, almost like a dream or déjà vu; or the eerie sense you sometimes get that you’re in fact living in a novel right now. I’ve always been drawn to the concept of the psychological novel. I'm not sure how well I’ve lived up to that genre, but I keep pushing on it. Somehow “humor” and “psychological novel” flow together for me; I don’t think I’ll be writing grim investigations like Crime and Punishment. Then again, never say never.

All my fiction has a psychological quality, whether it’s science fiction or literary, and even in its humorous moments. When it’s coming out well it seems to open up new inner territories for exploration.

I love it when I see someone reading my work and laughing; I then demand to know exactly where they are in the book. I also enjoy drawing the characters, and the drawings often give me feedback into character development.
Is originality important in fiction?
I think you should tell your own story, work your own themes, and not worry about how “original” your book may be considered by others. It can be argued that nothing is truly original, yet it’s also true that we see many new adaptations, that each person brings a unique perspective. Startling new ideas or plots may come and they may not. Trying to conjure up "originality" as a means of standing out, inflating your ego against other writers, or marketing your book is futile; it comes across as cheap and flashy.
What is hardest thing for you about writing a book?
The time constraint seems to be my main difficulty, as I often subsist on short writing sessions before and after work. However, I’ve noticed in many cases that as I near the time I need to leave for work I often come up with unexpectedly concise chapter endings. I might see that I have ten minutes before I need to wrap things up and I'm confronting three pages of notes that might stretch to ten pages of fiction, yet somehow it now occurs to me that all those notes are superfluous, that naturally Character X would do this and then that in the next few seconds and this is a perfect ending for that chapter. This has happened so often that I wonder if I haven’t unconsciously set this up.
What do you think of the present genres? How have they been affected by self-publishing, and where do you think they might be headed?
Obviously more writers now have access to having their novels published as eBook or via print on demand. Without the pressure of being certified by the literati or by attempting to pass the narrow aperture of traditional publishing houses, writers are probably feeling freer to experiment with existing genres or to mash them into new ones. We also now have more time to crank out new novels, and long series of novels, as opposed to spending years sending out futile query letters for the first novel or two we wrote. Of course, at the same time we also may lament the glut of indie novels and self-published works posing obstacles to discovery of our own books, perhaps not understanding that we too are contributing to that glut! But if indie writers are functioning like players on baseball farm teams, true talent may eventually rise to starting positions in the majors. While we have some tools for marketing our work, our only real control comes from the quality of our writing; we have to constantly work to make it our best, and to keep pushing to new discoveries, new awareness.
What are you currently working on?
Balloon Ship Armageddon features Jack Commer’s rebellious son Jonathan James, reconstituted as one-third of a chromium pyramid after being murdered by an opportunistic rival. He’s finally separated out to become a lower class Wounded robot, but once he rises to captaincy of Balloon Ship Armageddon on the electricity-less planet of Ailyuae in the Greater Magellanic Cloud, 163,000 light years from Sol, he finally realizes he’s programmed to destroy the entire Orion Arm of the Milky Way galaxy. Or possibly the entire universe.

Balloon Ship Armageddon will finish my Jack Commer, Supreme Commander science fiction series at seven books. I realize that at some time you have to let go of favorite characters so you can move on and grow further, although for a long time I thought I would just keep adding to that series forever. I’ve tried to make this seventh novel a test bed for some new writing technologies.
Smashwords Interviews are created by the profiled author or publisher. 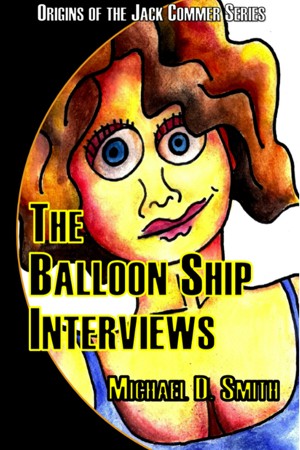 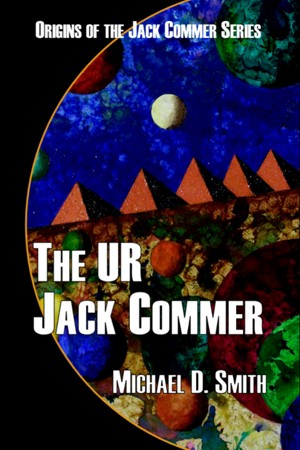 The UR Jack Commer by Michael Smith
Series: Origins of Jack Commer. Price: $1.99 USD. Words: 48,140. Language: English. Published: April 1, 2021. Categories: Fiction » Science fiction » Space opera, Fiction » Science fiction » Short stories
With the shocking suicide of spaceship Typhoon I, the four Commer brothers are reduced to two. After the Final War, the evacuation of Earth, and battle with Martian terrorists, is eldest brother Jack fit to lead the United System Space Force? A look at the childhood beginnings of the Jack Commer saga. 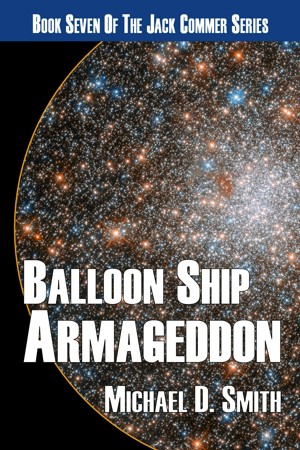 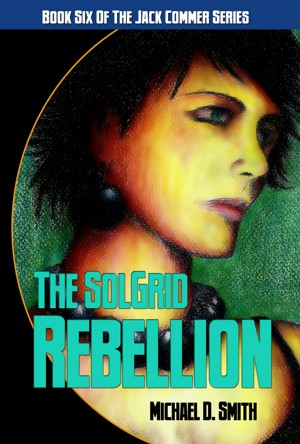 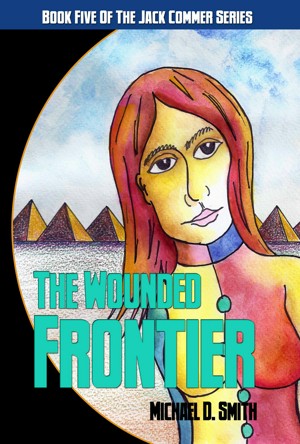 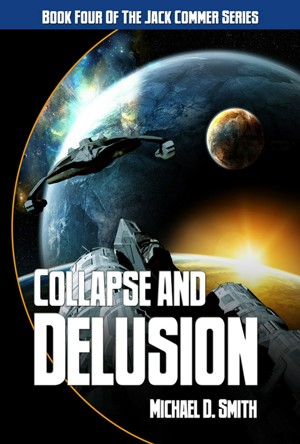 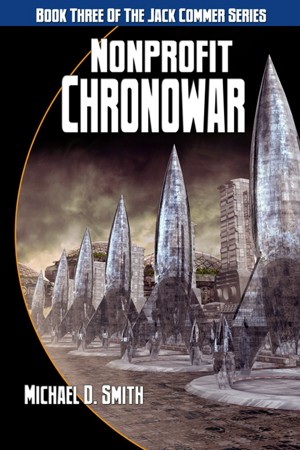 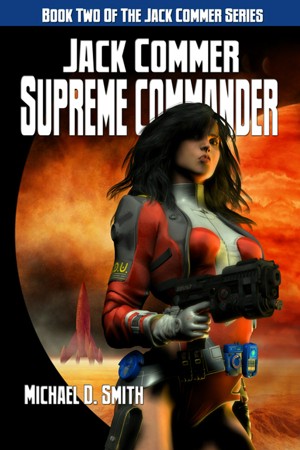 Jack Commer, Supreme Commander by Michael Smith
Series: Jack Commer, Supreme Commander, Book 2. Price: $3.99 USD. Words: 58,250. Language: English. Published: October 30, 2020. Categories: Fiction » Science fiction » Space opera, Fiction » Science fiction » Adventure
Jack Commer, newly promoted to Supreme Commander of the United System Space Force, leads a peace mission to the fascist Alpha Centaurian Empire, but his marriage unravels under the pressures of his new command and his wife Amav’s discomforting presence aboard his ship, and he loses his crew to Centaurian brainwashing as he and Amav are sent to be tortured on a barren planet. 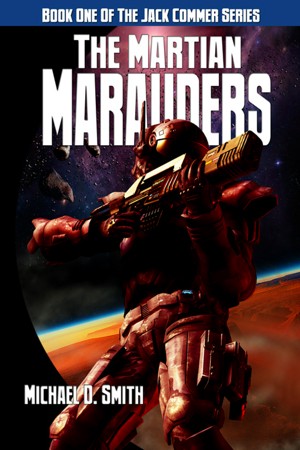 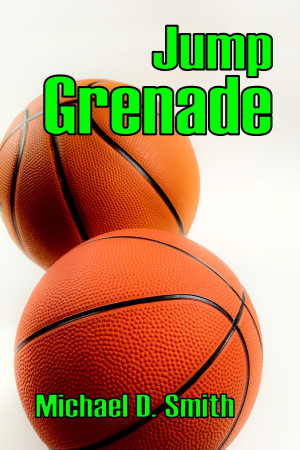