Published 2013-12-03.
What is the greatest joy of writing for you?
The greatest joy in writing is to become totally immersed in a fantasy world that becomes more and more real the further I explore. I love the way that characters grow and then take over the story telling. As a writer I just have to hang on for the ride and record what I see and hear happening. It's brilliant to know that this story and these characters are being revealed to me for the first time.
What do your fans mean to you?
It always delights me when i meet someone who has read my books or seen my plays or heard me perform my poetry. I find it very moving when someone takes the trouble to come up to me and thank me for something they have seen or read. As a writer you don't have the same public profile as, say, an actor and not many people would recognise my face but if someone want to talk about something of mine I am always happy to stop and chat.
What are you working on next?
I am currently working on two plays which will form part of the commemoration of the outbreak of the First World War in 2014. Although it's a serious subject I will be telling the story through unusual and interesting characters and i hope the pieces will be funny and quirky as well as sad and moving. Of course, my most immediate task is to get the sequel to "The Death of the Hurdy Gurdy Boy" online. It's called "The Hurdy Gurdy Boy and the American Kidnap" and I'm just waiting for the manuscript back from my copy editor and proof reader. If it all goes well that will be ready for Christmas. Then there is the third in that sequence to finish (I haven't got a title for that yet) and another play which has been commissioned for 2014.
Who are your favorite authors?
I live in Dorset which is on the beautiful south coast of England. It was the home of the wonderful author Thomas Hardy. I grew up reading his work from an early age so he means a lot to me. I have adapted two of his novels for the stage and have written a biographical play about his first wife Emma which was turned into a paperback last year. It is called "She Opened the Door - the Wife and the Women who haunted Thomas Hardy". The play was premiered in Hardy's home town of Dorchester and the book was launched in his own house Max Gate which is exactly where the play was set. So I think I have a pretty closes association with the man. The sort of characters that Hardy wrote about can be seen in any town or village in Dorset and he was a great commentator on the world as it was than and is now.
What inspires you to get out of bed each day?
I look forward to writing. I am quite disciplined and I aim to write a thousand words every day. If I can get those finished by lunch time then I feel I have the rest of the day to do what I like. I live in a beautiful apartment with a window that enables me to see over the cliff out to sea. The sea changes minute by minute so I never tire of either watching at it as I write or popping down to the beach to walk or swim when I've finished. In addition I have two grown up daughters and a beautiful girl friend. I'm delighted when we meet up for a cup of coffee or time on the beach.
When you're not writing, how do you spend your time?
I'm almost never not writing. If I'm not actually getting my thousand words at the computer then I'm composing in my head or thinking of ideas. I love doing this whilst I walk I walk along the cliff tops whether it's in sparkling sunshine or in a howling gale with the sea lashing below. I swim in the summer and drink a lot of coffee with friends. I also direct my plays with theatre companies and that takes a lot of time in preparation and in the rehearsal room. Occasionally I get asked to perform my poetry but that's mostly around Bournemouth where I live.
Smashwords Interviews are created by the profiled author or publisher. 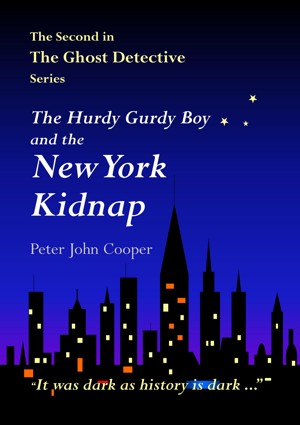 The Hurdy Gurdy Boy and the New York Kidnap by Peter John Cooper
Series: The Ghost Detective, Book 2. Price: $2.99 USD. Words: 39,210. Language: English. Published: December 13, 2013. Categories: Fiction » Young adult or teen » Mystery & Detective, Fiction » Thriller & suspense » Action & suspense
Held captive in a New York hotel room, the young violinist Tamara appeals to the only person on earth who can help. But Tommy is the ghost of a Victorian street urchin, he knows nothing about twenty first century technology. Using all his ingenuity he sets out to rescue her. The rescue turns into a chase across the US to a mining town in South Dakota and back. Funny, sad and disturbing. 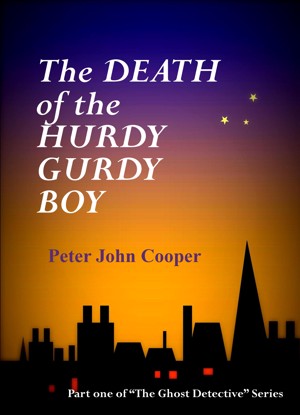 The Death of the Hurdy Gurdy Boy by Peter John Cooper
Series: The Ghost Detective, Book 1. Price: $2.99 USD. Words: 36,220. Language: British English. Published: November 21, 2013. Categories: Fiction » Mystery & detective » Historical, Fiction » Young adult or teen » Mystery & Detective
Tommy the street musician is murdered in a London shop doorway one bitterly cold December night in 1882. One hundred and thirty years later his troubled spirit befriends a young violinist, Tamara, and implores her to help him answer the questions "Who?" and "Why?". In doing so she confronts her own problems. Vibrant and funny but occasionally dark and always emotionally truthful.