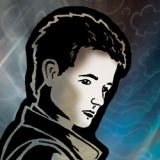 Published 2014-01-27.
What is your writing process?
I'm episodic and collage-centric! What I mean is I write in episodes of about 1,500 to 2000 words per session (usually everyday, but not always - but certainly everyday as deadlines loom!) and then I collage them together. I've tried writing sequentially - and I'm very jealous of those writers who do – but I just end up hitting wall after wall (a bit like Jake in Dark Peak). I generally start off with an image or phrase or snippet of conversation between the characters, and then I let the line go for a walk. I'm not a planner or mapper - I find if I do this, then all the fun and wonder of the writing has gone into the plan and I have nothing left for the story.

Before I start I do a lot of research on my primary subject (which often becomes a backdrop to the book as well as forming a large part of the main characters) and as I write and develop the story and characters I continue researching. I don't just want facts, I like pictures or little anecdotes and storylets to make up my research - I spent a lot of time in the Peak District when I was writing Dark Peak, and many of the scenes at Peak Cavern (the Devil's Arse in the book) come from real events – and I like the research to be wide reaching (the idea of Limestone's map came from a BBC documentary about the power of maps and the exhibition at the British Library that accompanied it). I'm working on the next Elemental and to add to my research I thought I'd tweet to see if anyone in the twittersphere has some lovely factoids or theories about clouds - I'm looking forward to seeing what comes back.
Do you remember the first story you ever read, and the impact it had on you?
Not the very first story, no I can't remember that, but Tove Jansson's 'Moominvalley in November' (and all the Moomin books in fact) has stayed with me since primary school. It's haunting and bleak and very evocative of loss in winter - maybe a bit odd for a seven year old reader to enjoy - and I enjoyed it immensely – but for all these things, it's also very beautiful and moving. Jansson was an astonishing writer. Yes, I loved her work! (And still do) But I'd say the book that made a massive impact on me was Alan Garner's 'The Weirdstone of Brisingamen' because it told me, in an odd, numinous way, that I could be a writer, and that I could write in a voice that used my own accent. And of course it was an amazing story full of terror and magic and loss, real and rounded characters, and with incredible strength of writing. And I've read Garner ever since - I was very pleased when 'Boneland' came out a couple of years ago. It was long overdue. There are lots of other books that had an impact on me - a lot of poetry, especially – but I think Garner is an important early one.
How do you approach cover design?
My publisher, the very small indie press, Stonewood Press, is run by Martin Parker who's also a professional graphic designer (at Silbercow designs). As he's my editor as well, by the time he comes to design the cover he's usually had a lot of face-to-face time with the book and so I leave it almost entirely up to him. He produces a series of concepts and then we choose the one that sings to both of us!
What do you read for pleasure?
I love poetry and read a lot. It's almost impossible to list favourites but I very much like the UK poet Mimi Khalvati – beautiful, lyric poetry – and I like the US poet Marylin Hacker. In fact I read a lot of US poets like Galway Kinnell, Jorie Graham, Mark Doty, but I do like poets closer to home such as John Clare, Manley-Hopkins and George Herbert (not contemporary, but still very beautiful writing). I also love Ted Hughe's work and TS Eliot's. And it was an incredibly sad day when Seamus Heaney died, and a great loss to poetry.

But I also read a lot of fiction - mainly fantasy, magic realism, and science fiction. I'm a massive Terry Pratchett fan and have been since the 1980s. And I like short stories. I read almost anything. In fact I think the only thing I don't read much of are life-style magazines (unless I'm at the doctors!).
Describe your desk
I've just converted by office into a storeroom because I found I was writing more often in the living room with my laptop on a cushion on my lap (because it's warmer in this room). So now my desk, which was in fact my grandmother's 1960s kitchen table, has been brought back into service as a table. The cushion's very nice though - it's light blue with a swirly leafy pattern on it.
Where did you grow up, and how did this influence your writing?
This is a huge question! It might be one of those that I answer a bit of and come back later on an add a bit extra (if I can!). I grew up in Worksop in Nottinghamshire in the UK. It's a large town in a semi-rural area not far away from fields, canals and forests (in fact Sherwood Forest – of Robin Hood fame – is not very far away) and Chesterfield Canal (of Isambard Kingdom Brunel fame) runs through it. It was also a mining town until the government closed the pits in the 1980s, and my family and many of my friends' families relied on the mines - so this had an impact on my politics, my sense of the connections between people, and of our connections to the world around us. As it was an industrial town in a semi-rural area – and as I spent a lot of time either in the town centre or out in nature – there was a sort of sense of being between places, of being on the edge of things, that I think informs my work a little. I also left home when I was 18 and have lived in cities, by and large, for most of my life, which has led me to look at the East Midlands in nicely romantic terms, because it's home. In fact I still call it home, even though I haven't lived there for many years. When I go visiting my parents, I say 'I'm going home this weekend', which is bonkers. But I don't think I'm alone in doing that.
When did you first start writing?
In primary school. I knew I wanted to be a writer after reading Alan Garner's 'The Weirdstone of Brisingamen', although the book I wrote was a picture book about a bookworm that ate so much it threw up (a simple but effective narrative!). I used to write plays and perform them at school using puppets and fingerbobs (mice made from paper from a very popular UK TV show called Fingerbob). I learned to read very early (my mother taught me and my siblings a little at home so we had a firmer footing when we started school), and I read everything I could get my hands on. When I was about 7 I was allowed to miss music classes in junior school (because I was so rubbish!) and go and read to the infants instead. Bliss! (although now I do wish I'd learned to play the cello - I love the cello.)
Smashwords Interviews are created by the profiled author or publisher. 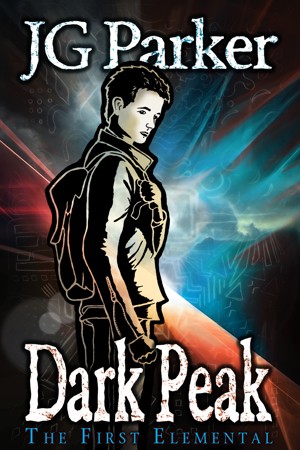 Dark Peak: The First Elemental by JG Parker
Series: The Elementals, Book 1. Price: $0.99 USD. Words: 94,770. Language: British English. Published: January 27, 2014. Categories: Fiction » Fantasy » Contemporary, Fiction » Science fiction » Adventure
Dark Peak: the first in the Elementals science fantasy series. JAKE WALKER learns the hard way what it means to be the companion of an elemental, a guardian of the Earth, billions of years old. All he wants to do is keep his head down and get on with his life, but if he doesn't help soon, the world will be destroyed. Only the elemental can stop it. And only with Jake's reluctant help. 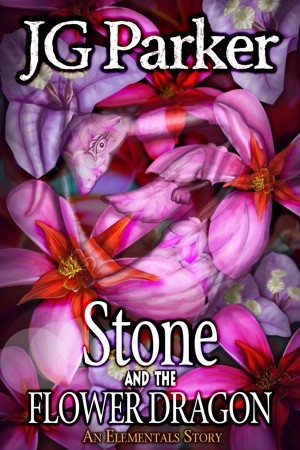 A director's cut scene from Dark Peak: The First Elemental developed into a short story for e-book only release. What happens when an elemental dragon places her trust in the hands of a human companion, a young boy travelling with his scientist parents to a semi-tropical rainforest on an isolated island? On this island is a flower, and in the heart of the flower is a miracle...