Published 2017-07-20.
Do you remember the first story you ever read, and the impact it had on you?
I remember when I was really young reading Dr. Seuss, which was just fun. Then in early elementary years ... maybe second grade? ... I remember reading a biography of Clara Barton, the Civil War nurse, and I remember a delightful feeling of accomplishment when I finished the book, that I'd taken in a person's entire life between the covers of that book. It was my first taste of how powerful books are.
How do you approach cover design?
I ask Cal Sharp Caligraphics for help. He's always amazing.
What are your five favorite books, and why?
The Financier by Dreiser - a descent into corruption and deceit that begins with one slightly questionable step and unfolds realistically from there. A brilliant book.
1Q84 by Haruki Murakami. Actually anything by Murakami. His deliberate pace combined with the way we slip in and out of conventional "reality" in his books so easily, like opening the fridge or getting in an elevator, and suddenly the world has two moons. Wow.
The Razor's Edge by Somerset Maugham. The character of Larry, who just wants to "loaf" - he says - but what he really wants to do is find God, despite the pressures and mores of the society he lives in. There's a character in the book, Elliott Templeton, who's so complicated--a social climber with a genuine heart.
The Signature of All Things by Elizabeth Gilbert. What a journey we go on, with an extraordinary leading lady!!
The Wild Sheep Chase, also by Murakami. Actually my favorite of his books.
What do you read for pleasure?
Fiction. Good fiction. Great fiction. Life is too short to read anything less.
What is your e-reading device of choice?
My Kindle broke, and it was my fave. I need a new one.
What book marketing techniques have been most effective for you?
Direct contact with potential readers, connecting through groups, classes, and for my non-fiction business books, getting to readers through the companies they work for.
Describe your desk
Black, small, couple of drawers, usually pretty organized. The corner is broken, so I had to tape it. Actually, maybe I need a new desk.
Where did you grow up, and how did this influence your writing?
In Los Angeles. How did it influence my writing? That's easy. Growing up in LA means growing up with people who ARE writers ... and actors, directors, producers, photographers, and would-be all those. The prevailing culture in LA is creative and, though there's a certain insecurity (which Hollywood in particular is famous for), there's also a certain confidence. I've been and lived elsewhere, and you don't feel that same creative drive in, say, Indiana or Florida. I was lucky to be from LA, and am happy to say I live there today.
When did you first start writing?
When I was eight. Short stories and poetry. It was brilliant. No, actually, it was terrible, but it was fun.
What's the story behind your latest book?
I meet a lot of people in LA who are here from elsewhere--Korea, China, Russia, Japan, Central America. Some are here long-term, some only for a year or so, sometimes to study something in particular or to do research at Cedars Sinai Medical Center. They tell me about their experiences in LA, learning the culture, figuring out work conventions, romance, friendships, interactions with strangers. So I invented Eun Pahk, a young professional Korean woman who comes to LA to get to know her father, from whom she's been distanced all her life. She has a lot of adventures in this city, and she discovers her father is a rather exceptional person. She had no idea.
What motivated you to become an indie author?
After attending the San Francisco Writers Conference, I decided to publish my own work -- to hang on to the rights, to minimize the time to get the product done, and to have control of the final product. I learned never to scrimp on professionalism (everything I publish is professionally edited and professionally designed). I learned the business end of book production, both physical hard copy and ebooks. I've done both. It's pretty satisfying to create something and see it through to completion, which is what indie authors get to do. I'm very glad I've chosen this route (repeatedly).
How has Smashwords contributed to your success?
Mark Coker is a prince. His guides describing how to do everything are detailed and thorough, not to mention accurate (very important). They're also funny and encouraging. Smashwords is such a great platform. I may just send them a "thank you" card!
Smashwords Interviews are created by the profiled author or publisher. 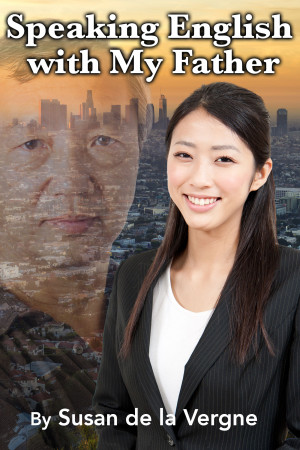 Speaking English with My Father by Susan de la Vergne
Price: $1.99 USD. Words: 69,340. Language: English. Published: July 13, 2017. Categories: Fiction » Women's fiction » General
When Eun Pahk moves from Seoul, South Korea to Los Angeles to work and live with her workaholic father, she’s hoping to get to know him after years of distance between them--before it’s too late. In L.A., Eun navigates the corporate workplace on her own, making friends (and enemies!) among co-workers, discovering romance, fraud, and the complications of being the boss’s daughter 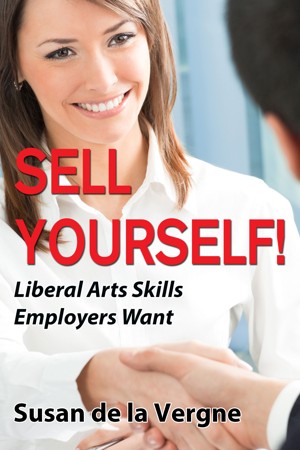 Sell Yourself! Liberal Arts Skills Employers Want by Susan de la Vergne
Price: $0.99 USD. Words: 12,980. Language: English. Published: February 25, 2014. Categories: Nonfiction » Career Guides » Education
Sell Yourself! is a step-by-step guide explaining how you can translate liberal arts skills and abilities into business language and how you can prepare a résumé that sells prospective managers on your liberal arts job-ready skills!