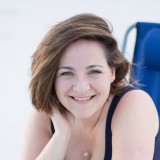 Published 2014-03-24.
Describe your desk
Last night's dinner, a candle, flashlight, half an empty wallet, speakers, headphones, and my phone. Otherwise known as a big ol' giant mess.
Where did you grow up, and how did this influence your writing?
I grew up in a suburban town in NW Florida where everybody knew everybody. It actually influenced my writing because I didn't have a lot of friends, so I made my own.
When did you first start writing?
I first started writing when I was 10 or 11, when I got my first computer in my room. I'm sure my stories were terrible, but some of them live on in better, more mature forms today.
What's the story behind your latest book?
Razia was actually one of the last book series that I thought up. I was inspired by Angelina Jolie in the first Tomb Raider movie - how freaking badass she was, and I wanted to create an awesome character like that. Razia has since morphed into someone who wants to be a badass, but has a lot of things holding her back (mostly herself).
What motivated you to become an indie author?
I wanted to publish a book, to prove to myself that I could do it, and to see what happens. I've submitted Razia before to publishers with little success, and I didn't want to go through that hassle again. Besides, I get to control when the book is published!
What are you working on next?
Right now, wrapping up the edits on Double Life, and then getting started on Book 2, which is part political thriller, part girl buddy movie.
When you're not writing, how do you spend your time?
When I'm not working, I'm either hanging out with my dogs, doing some home remodel project, or browsing the humor section of Pinterest.
What is your writing process?
I jump around a lot. Often times, especially when there's a common thread of activity from book to book, I will start writing something in one book, then jump to the second book, then jump to the fourth, back to the third, onto the fifth, back to the second, onto a vignette....and you get the picture. Most of the time I work on one book, I'm trying to fill in the blanks between the small scenes that I've written.
Smashwords Interviews are created by the profiled author or publisher. 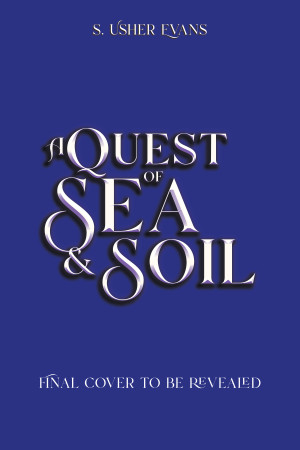 A Quest of Sea and Soil by S. Usher Evans
Pre-release—available April 25, 2023. Price: $4.99 USD. Language: English. Categories: Fiction » Young adult or teen » Fantasy, Fiction » Fantasy » Epic
Spread to the corners of the world, Ayla, Ward, Cade, and Riona race against time to find the last pieces of the magical seod croí before Eoghan does. 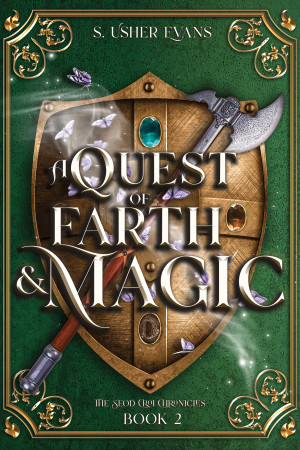 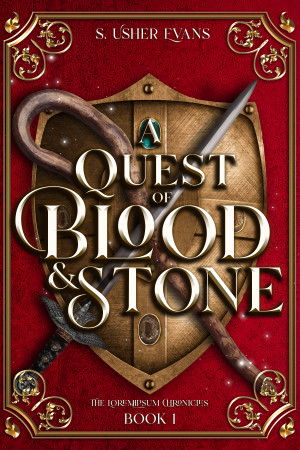 A Quest of Blood and Stone by S. Usher Evans
Price: $3.99 USD. Words: 122,780. Language: English. Published: March 8, 2022. Categories: Fiction » Young adult or teen » Fantasy, Fiction » Fantasy » Epic
A knight and a wizard begrudgingly team up to retrieve a stolen magical stone from the dangerous fae realm to win the heart of their princess. 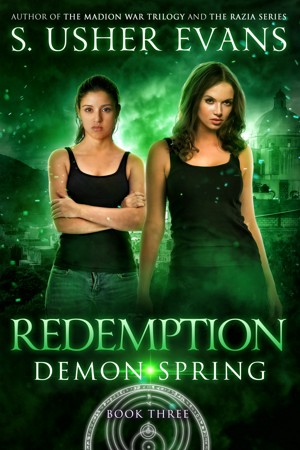 Redemption by S. Usher Evans
Series: Demon Spring / Demon Fall. Price: $3.99 USD. Words: 93,930. Language: English. Published: November 1, 2021. Categories: Fiction » Fantasy » Urban, Fiction » Fantasy » Dark
Jack has been taken to the Underworld by Bael. With no other options, Cam and Anya set off to Mexico City to tangle with the noxes, hoping to charm or fight their way into a second gateway to the demonic lands. 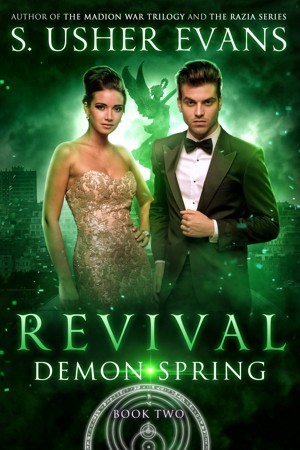 Revival by S. Usher Evans
Series: Demon Spring / Demon Fall. Price: $3.99 USD. Words: 80,230. Language: English. Published: November 1, 2021. Categories: Fiction » Fantasy » Urban, Fiction » Fantasy » Paranormal
Jack Grenard and the demon Anya are on the run, searching for a cure for her curse while staying one step ahead of those who want them dead. The mystery leads them around the globe, each clue revealing more about the history of the original demons and the secrets behind the humans who fought them. 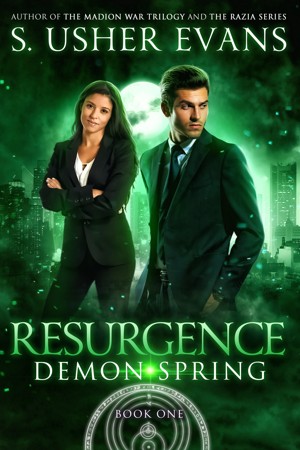 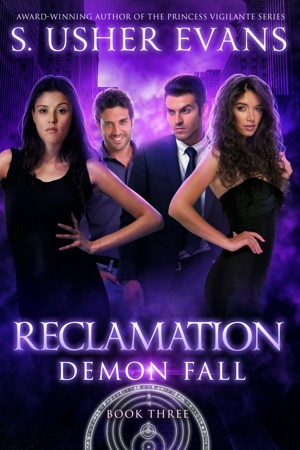 Reclamation by S. Usher Evans
Series: Demon Spring / Demon Fall. Price: $3.99 USD. Words: 98,340. Language: English. Published: July 27, 2021. Categories: Fiction » Fantasy » Urban
Anya's worst fears have been realized. After making a potentially world-altering mistake, she struggles to clean up her mess--and doesn't want to tell Jack, Cam, or Lotan. In the human world, the aftershocks of the new world order continue to rattle even the most hardened demon hunters. Old alliances are broken while new ones falter in new chaos - and Anya is the number one suspect. 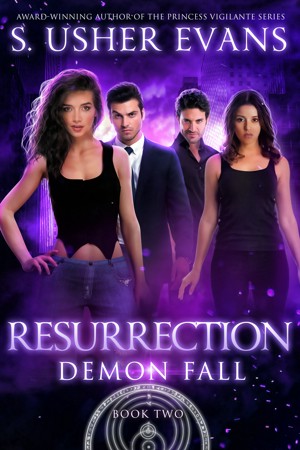 Resurrection by S. Usher Evans
Series: Demon Spring / Demon Fall. Price: $3.99 USD. Words: 90,620. Language: English. Published: May 25, 2021. Categories: Fiction » Fantasy » Urban
Lotan is safe, but the world continues to churn unpredictably. Jack continues to struggle with the decision made by Anya - and what it might mean for their already-rocky relationship. Meanwhile, he and Cam must toe the line between their demon friends and an increasingly active ICDM - who seem hell-bent on eradicating demons completely. 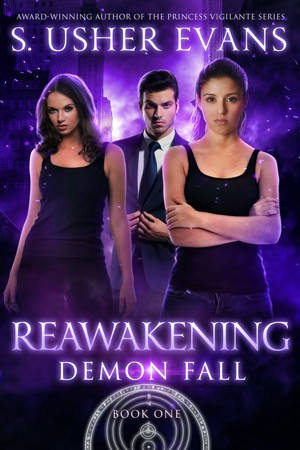 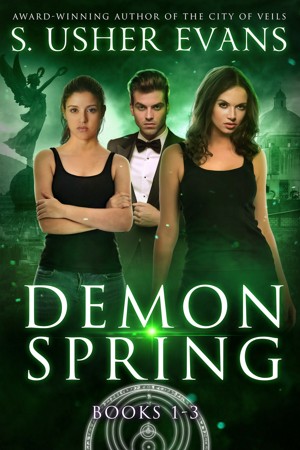 Demon Spring: Books 1-3 by S. Usher Evans
Series: Demon Spring / Demon Fall. Price: $6.99 USD. Words: 239,430. Language: English. Published: January 26, 2021. Categories: Fiction » Fantasy » Urban, Fiction » Fantasy » Paranormal
From award-winning author S. Usher Evans comes a brilliant urban fantasy series about a demon hunter struggling to reclaim the man he once was and the demon who might just save him. Fans of Jim Butcher and Kim Harrison will enjoy this unique take on overcoming demons - both real and imagined.
View their profile to see all of their books