Published 2019-01-31.
What are you working on next?
My sequel to "Killing Abel" is called "The First Born", a work that is fiction but much more. The book starts with Noah exiting the ark and ends at the start of the new testament. One of the major themes of the book is why there are wars. There are thousands of reasons that men have gone to war, but there is only one reason that there is war, Gen. 11.
A sub theme of the book is why the middle east is such a hot spot for conflicts. Every war in the middle east and frankly many other places around the world are without exception a result from Gods decision in Gen. 21. Gen 21 has the reason and therefore the solution to the end of war in the middle east and needs to be told. "The First Born" is where I will lay out just why there is war in the middle east and i will lay out just how to end the conflicts, as well.
What is the greatest joy of writing for you?
My favorite thing to do is to think, and writing is a way to preserve my thoughts that mean the most to me, and perhaps help others. I think that is why I much prefer the written word to the spoken word. Me putting my thoughts down in writing makes them immortal, the spoken word can never really do that. The spoken word, other than when it is read from a text, is just not as precise.
What inspires you to get out of bed each day?
LOL, i don't recall ever being "inspired" to roll out of bed, but I do every day. I guess it is mixture of habit, duty, energy, desires to achieve and the fact that other people depend on me. Inspiration? No not when I am laying there, and it is either dark and or cold just outside the covers. LOL
When you're not writing, how do you spend your time?
Again, I spend a lot of time thinking, it really is my favorite thing to do. And when I do come up with a completely new and original thought, I have to then go and write it down as idea's are fleeting. Idea'w are shoulders that I stand on to get to the next one, nothing more.

Standing on a new set of shoulders will always produce a new mystery, always and mystery is far more satisfying then knowledge could ever be for a man who loves to think.
Do you remember your first attempt at writing?
My first attempt at writing were letters to the editor when I was a teenager. My mother kept type written copies of them. She showed them to me a few years ago. I had totally forgot about them. It was a lot of fun to read them, and my thoughts had not change that much. LOL They were written in the 1970's.
What is your writing process?
Usually I start out with a short story and see if there is enough there to go forward with. If I get 6 or 7,000 words with no sweat and plenty of avenues to run down, it will be no problem getting to 70 or 80 or 100 thousand words.

After the short story, layout some chapter ideas, 5 or 6 is plenty to start with and then you can break it up when you see which chapters run too long. If you like thinking, it shouldn't be a problem. My editors, are always asking me to add never subtract, so I never have a problem with writing content, I could make it the length of War and Peace if I thought it would sell and or benefited the reader.
Describe your desk
These days maintaining a desk is so easy, as everything is on my computer, I usually use a cloud so I can access it wherever I am, but years ago when everything was printed, my desk was piled with books and articles, pretty much a mess.

When I read, it is like when I write. when I get to a place where it doesn't fit my world view, I have to pause . . . and I really can't go on until I reconcile what the writer had in mind or where I am going in the story. If it never makes sense to me, I may never go back that book or article. I just can't believe something that doesn't make sense.
Who do you want to read your writing?
My children! They are the hardest to convince to read. After all they know there dad better than anyone, so they think they know me LOL.
When did you first start writing?
As a teenager, I took typing in the 7th grade and it stuck. My mom had a IBM electric typewriter which was cutting edge back then so, so I would set at it and type away, it was fun.
What's the story behind your latest book?
Killing Abel is about life in the earliest days on earth. The first couple deals with their Father, with sin and with bearing and raising children. Then they have to deal with murder, as Cain murders Abel. Adam was in no way prepared for that development and looked to God for an answer to homicide entering the universe.

It tracks what we know happened from the words in the Bible but then adds context to get through the Biblical way points. If you like to think you will love Killing Abel.
What motivated you to become an author?
Cain killing Abel changed the world far more that did the fall of man, yet the story has never been told! It's true, the first murder has never been told in a systematic way. It has never been told in the full context of history, but now it has, Killing Abel is a timeless read that will forever give insight to the believer.
Smashwords Interviews are created by the profiled author or publisher. 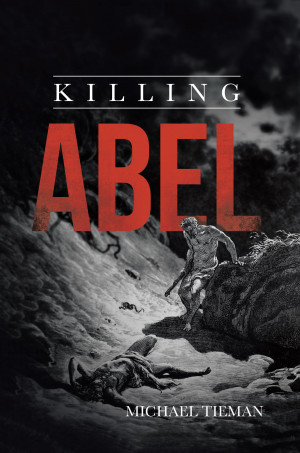 “Killing Abel” is a serious treatise on man’s early days on earth with the author systematically confronts the issues that the first son and the first Father encountered. The fall of man, Lucifer, and then homicide with those events played out in prose detailing just how the omnipotent God was “limited” in His mission to bless His children. How homicide more than the Fall changed life on earth.