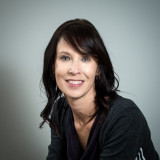 Published 2016-05-19.
Do you remember the first story you ever read, and the impact it had on you?
My earliest memories of reading are associated with my grandparents. At their house they had a cupboard containing children's books my mom had read as a kid. It was a tradition to visit a used bookstore every time we visited them. The huge store looked more like a library and we always came home with stacks of books. My grandparents bought my first book series for my, Laura Ingalls Wilder's Little House on the Prairie. Dorothy and the Wizard of Oz series came next, followed by The Chronicles of Narnia and Nancy Drew mysteries.
What are your five favorite books, and why?
It is hard to pick five books. I loved Mary Stewart's Crystal Cave, The Mists of Avalon, the Twilight series. More recently my favorite books have been Point of Direction by Rachel Weaver and The Young Elites by Marie Lu.
What do you read for pleasure?
My favorite fun read books are paranormal especially vampire series. I've read Twilight, the House of Night novels, the Sookie Stackhouse series, and Cassandra Clare's City of Bones. Tia Bach's Tala Prophecy books are a good werewolf series I also enjoy dystopian fiction like The Hunger Games.
What is your e-reading device of choice?
I have a KIndle and I read on the Kindle app on my phone and computer. I've only had it for a year though. I prefer paper but I don't have enough shelves to store them all.
Describe your desk
My desk is cluttered with incoming mail, sketches and descriptions of my characters, pictures of family and friends, a calendar, paper clips, pens, pencils, with only a small space for my laptop. Every month or so I get agitated with it and have to clear it off but I love having all my things close.
When did you first start writing?
I first started writing to entertain myself. After my kids went to bed I would write instead of watch television. The stories read more like movie scripts with lots of dialogue.
What's the story behind your latest book?
I have two new releases. Think You Know Me is a clean new adult psychological drama/suspense about a college co-ed named Amanda. Amanda’s first year of college is fraught with drama and parental scrutiny. With a steady boyfriend and a clean break from her parents, all she wants is a normal term. But fate steps in and deals a shattering blow. Drops of Sunshine is a YA paranormal short story that is part of Spellbound, a novella collection. In Drops of Sunshine, the main character, Nina, escapes her tumultuous family life by taking a job at a remote summer camp. Little does she know some of the campers have special powers.
What motivated you to become an indie author?
My good friend is an indie author and after trying to find an agent, she convinced me to make the plunge.
What is the greatest joy of writing for you?
My greatest joy is having others feel as passionately about my characters as I do.
What do your fans mean to you?
Many who read my books contact me and I feel I know them. I love hearing from readers. It is fun to hear their predictions and take on character traits.
What are you working on next?
I am currently working on the last installment of my Being Me series, to be released September 8. I have a dystopian fiction story, another new adult contemporary story, as well as the beginning of a vampire story floating around in my head.
Smashwords Interviews are created by the profiled author or publisher. 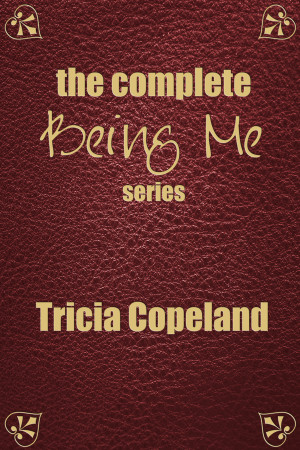 Being Me Series 4 Book Set by Tricia Copeland
Series: Being Me. Price: $9.99 USD. Words: 355,180. Language: English. Published: May 25, 2020. Categories: Fiction » Romance » Contemporary, Fiction » Romance » New adult
She believes in happily ever after and is determined to find hers. 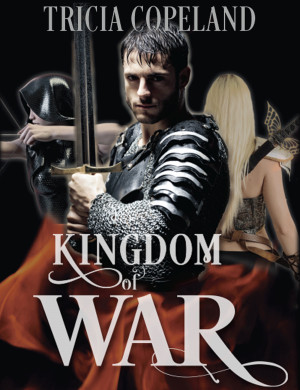 Kingdom of War by Tricia Copeland
Series: Kingdom Journals. Price: $3.99 USD. Words: 85,760. Language: English. Published: May 20, 2020. Categories: Fiction » Fantasy » Urban, Fiction » Fantasy » Paranormal
They may be coming into their power, but victory could bring them to ultimate darkness. Athens, 2018. Hunter has vowed to protect the witch lines with his life. As the leader of the prophesied trinity, it’s up to him to restore an ancient weapon of legend to break the eternal curse. But the magic brewing in his veins has other ideas… 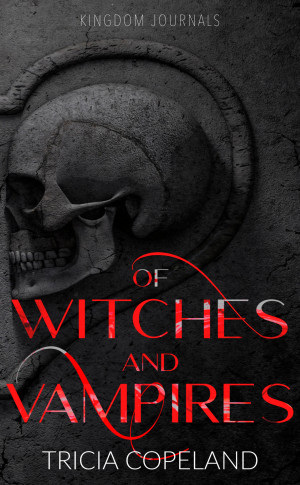 Of Witches and Vampires by Tricia Copeland
Series: Kingdom Journals. Price: Free! Words: 16,720. Language: English. Published: March 8, 2020. Categories: Fiction » Fantasy » Paranormal, Fiction » Fantasy » Historical
Sentenced to a life of solitude, she relishes fleeting periods of happiness unaware of the consequences of her joy. Lilith enjoyed many comforts in her life with Adam, but contentment evaded her. Desperate for companionship, she flees Eden. One handsome stranger, then another weave into her life bringing her love and joy for a time. But her children may be destined to destroy each other. 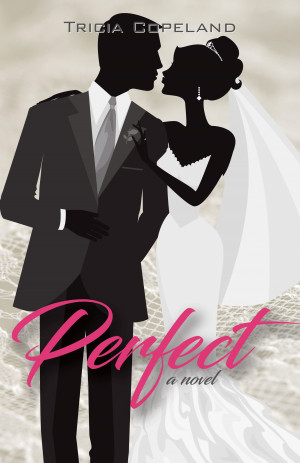 Perfect by Tricia Copeland
Price: $2.99 USD. Words: 83,740. Language: English. Published: February 6, 2020. Categories: Fiction » Romance » Contemporary, Fiction » Romance » New adult
One driven woman. Five passionate paths to the perfect love. Chloe refuses to compromise when it comes to romance and success. Powering through her sophomore-level college business classes, she’s done with the effort of distance-dating her high-school sweetheart. But when he proposes just as she hits it off with a hunky basketball player, she worries following her heart will leave her stuck. 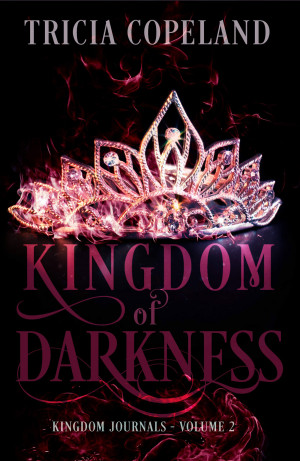 Kingdom of Darkness by Tricia Copeland
Series: Kingdom Journals. Price: $3.99 USD. Words: 77,000. Language: English. Published: September 14, 2018. Categories: Fiction » Fantasy » Urban, Fiction » Young adult or teen » Fantasy
They told her she was sick. But her visions are much more than mental illness… Seventeen-year-old Camille worries her mind will never be normal. Diagnosed schizophrenic, she hopes a month-long teen treatment program at an Icelandic camp could be the cure she needs. But far from being ill, Camille is stunned to find out she has supernatural abilities… 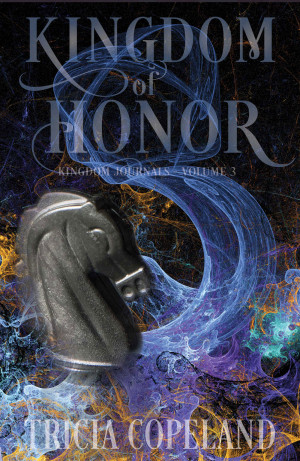 Kingdom of Honor by Tricia Copeland
Series: Kingdom Journals. Price: $3.99 USD. Words: 75,630. Language: English. Published: September 13, 2018. Categories: Fiction » Fantasy » Urban, Fiction » Young adult or teen » Fantasy
He set himself free. To defeat the darkness, he must return. Seventeen-year-old Jude would do anything to save Camille. But when he springs his daring escape plan, it backfires, and he’s the only one who makes it out. Now his last hope of rescuing her from the evil coven is to find the other two prophesied witches of the trinity. 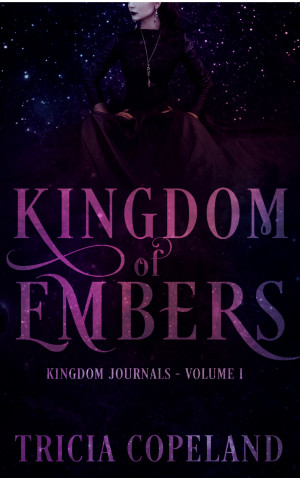 Kingdom of Embers by Tricia Copeland
Series: Kingdom Journals. Price: $0.99 USD. Words: 77,050. Language: English. Published: July 31, 2018. Categories: Fiction » Fantasy » Urban, Fiction » Young adult or teen » Fantasy
Her pale skin and weird diet make her a target at school. If only they knew the truth about her feeding habits… Seventeen-year-old Alena Scott is tired of pretending to be something she’s not. As an outlawed vampire-witch hybrid, she’s forced to abide by the oppressive secrecy imposed by her Vampire Chancellor mother. She’ll have to ignore the rules when she meets a long lost friend. 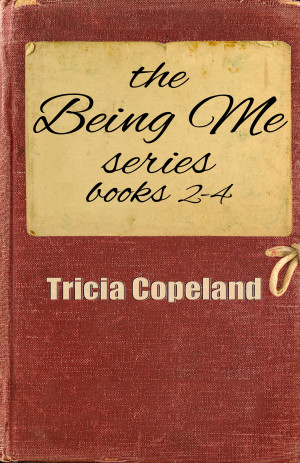 The Being Me Series Books 2-4 by Tricia Copeland
Series: Being Me. Price: $8.99 USD. Words: 259,530. Language: English. Published: January 5, 2017. Categories: Fiction » Coming of age, Fiction » Women's fiction » Chick lit
She believes in happily ever after and is determined to find hers. 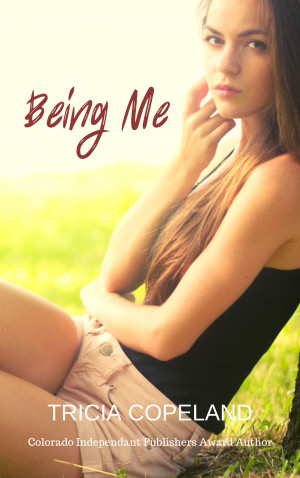 Being Me by Tricia Copeland
Series: Being Me. Price: $3.99 USD. Words: 90,930. Language: English. Published: January 5, 2017. Categories: Fiction » Inspirational, Fiction » Coming of age
She has seen death, stared it in the eyes. Can she claw out of her self-created abyss to find happiness? Amanda did this. She has no one to blame but herself. But she’s determined to live at all costs and must face her demons to do it. Leaving her school and friends feels like giving up, succumbing to defeat. But dealing with her buried rage is a full-time endeavor and she moves home. 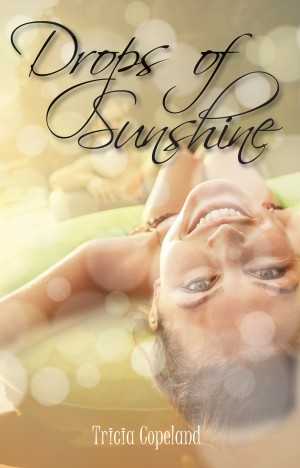 Drops of Sunshine by Tricia Copeland
Price: $0.99 USD. Words: 24,590. Language: English. Published: October 24, 2016. Categories: Fiction » Young adult or teen » Paranormal, Fiction » Young adult or teen » Paranormal
Her only goal in taking the camp counselor job far from home was to escape everyone who knew anything about her past. So how does a camper know about her brother… Sixteen-year-old Nina hates everyone from her school, her town save a single best friend. She’s desperate for a respite from her parent’s divorce and scandal that made her a hermit. But her campers divulge odd things.
View their profile to see all of their books