Published 2016-05-13.
When you're not writing, how do you spend your time?
I create award-winning teddy bears that have been featured in magazines and newspapers. And I'm a photographer hobbyist. I also love to garden, adding flowers to the garden that butterflies and hummingbirds love. Creating a bird sanctuary and love photographing them at the feeders. And love going to the wolf reserves and zoos to get ideas for my shifter stories.
How do you discover the ebooks you read?
Through Bookbub.
Do you remember the first story you ever wrote?
I wrote a thriller when I was 13 about crossing a dark bridge in the middle of the night, stormy weather, dark waters. Years later, I actually included that scene, though not from that original hand-written story. But I used to live in Florida and we crossed causeways all the time. So in Bound by Danger, a storm sweeps them off that bridge and I finally was able to publish the scene that I remember so vividly to this day.
What is your writing process?
I answer emails, blog, catch up on Facebook, then sit down to write my 2,000 words or more, depending on how short my deadline is. But I'll take breaks to capture photos, take the puppies out, etc. I was just distracted by two red-bellied woodpeckers courting each other on a pine tree in front of my windows, and naturally had to stop to take lots of pictures so I can share on my blog and FB.
Do you remember the first story you ever read, and the impact it had on you?
I'm dating myself, but I read Dick and Jane stories, which were great. I loved learning to read and that took me into the world of stories. I was an avid reader in school and we had a program where if we finished our reading early in the school semester, we got to spend the rest of the time in the library, and so I read everything. Ghost stories, folktales told all over the world, mythologies, White Fang, Call of the Wild, Last of the Mohicans. My mother would take me to garage sales to pick up books so I could read just everything.
How do you approach cover design?
I found suitable characters for the covers, and then backgrounds that will work for them to create the right atmosphere, overlays that enhance the mood or story.
What do you read for pleasure?
Romance
What book marketing techniques have been most effective for you?
Facebook, Bookbub ads, offering book marks to potential readers, blogging daily.
Describe your desk
Old time looking desk with curved legs. I like historical, so I like darker wood and old-time elegance. Then I have 2 monitors. Both my kids do, and my SIL, and I was just working off one. But what a difference it makes to have my story up to work on and the other monitor to do research. I have a small backyard, but it's like a fairy garden and with the bird feeders and flowers in full view, I feel I'm in a fairy world while writing.
Where did you grow up, and how did this influence your writing?
AF brat, and I was in the Army so I lived all kinds of different places. It makes it easy to set stories all over because I've lived all over.
When did you first start writing?
I was making up stories since I was a child. My dad used to tell us stories too. I've always loved to create them.
What motivated you to become an indie author?
My publisher didn't want me to write in any other genre than the one she was publishing, but I had so many more stories to tell.
Smashwords Interviews are created by the profiled author or publisher. 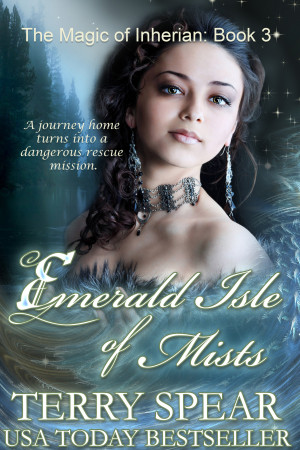 Emerald Isle of Mists by Terry Spear
Price: $3.99 USD. Words: 64,820. Language: English. Published: February 16, 2022. Categories: Fiction » Fantasy » Historical, Fiction » Fantasy » Paranormal
Prince Argon has taken Lady Kersta and her companions hostage because he needs them to help him rescue his sister from captivity and then he must return to his princedom and make his twin brother pay for his crimes. Kersta and her friends have special abilities that he hopes to use. But now they have a new problem. 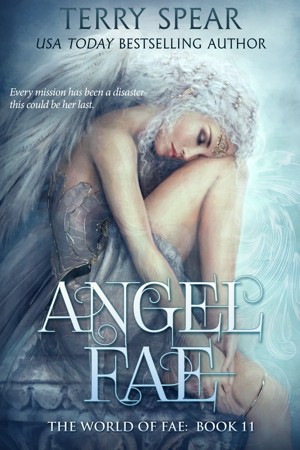 Angel Fae by Terry Spear
Price: $3.99 USD. Words: 61,460. Language: English. Published: November 18, 2021. Categories: Fiction » Young adult or teen » Fantasy, Fiction » Young adult or teen » Paranormal
Hawk fae Ariana is a royal guard for the hawk fae king and queen, a highly coveted position, and one she has worked hard for, but in one trip to the human world to play in the fun and sun with her friend, she makes the mistake of saving a couple of children from drowning in the Gulf of Mexico. Now she's living in a new world with the Angel Corp in the angel realm of existence. 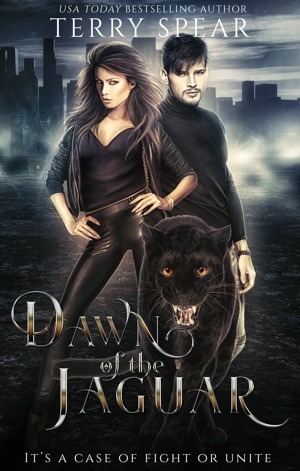 Dawn of the Jaguar by Terry Spear
Price: $2.99 USD. Words: 31,480. Language: English. Published: November 30, 2021. Categories: Fiction » Romance » Paranormal » Shifters, Fiction » Romance » Contemporary
Erin Chambers is leaving the FBI to join her father in his Big Cat Investigative Agency. She loved her job, but she wants to be closer to her father and have more freedom to run as a jaguar shifter when she can. But she knows dealing with her dad’s sole private investigator, Jason Biggerstaff, is going to take some work. He’s a hot jaguar and turns up the heat whenever he’s around her. 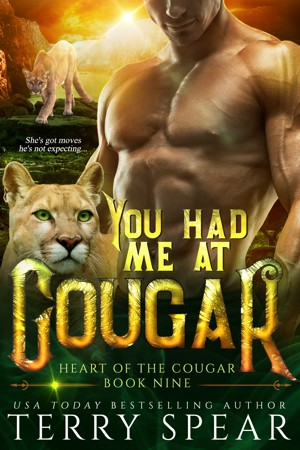 You Had Me at Cougar by Terry Spear
Series: Heart of the Cougar. Price: $4.99 USD. Words: 68,460. Language: English. Published: July 14, 2021. Categories: Fiction » Romance » Paranormal » Shifters, Fiction » Romance » Suspense
Master baker Ava Lamar has one mission in mind after baking tons of treats for the Fourth of July celebration in Yuma Town—swimming at Lake Buchanan on this hot summer’s day. What she doesn’t expect is to be saddled with running the fortune telling booth—using her real psychic abilities—and giving a hot, bachelor cougar a place to stay for the whole weekend. 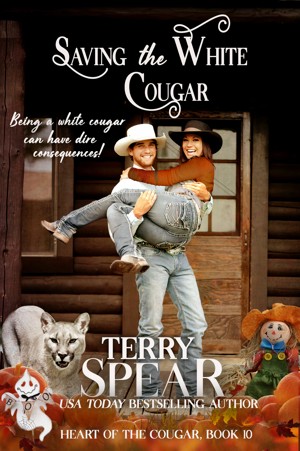 Saving the White Cougar by Terry Spear
Series: Heart of the Cougar. Price: $4.99 USD. Words: 63,550. Language: English. Published: September 1, 2021. Categories: Fiction » Romance » Paranormal » General, Fiction » Romance » Suspense
Stella White never believed that going on a cougar run would be such a dangerous excursion, painful, punishing, and pleasurable in the end. She realized that sometimes she just needed to get through the bad stuff to get to the good stuff and that meant meeting Ted Weekum, ranch foreman, and the kind of cowboy she'd only dreamed of. 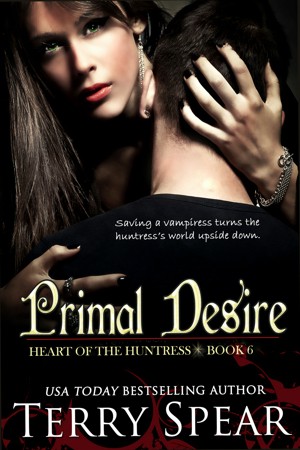 Primal Desire by Terry Spear
Price: $4.99 USD. Words: 72,590. Language: English. Published: February 27, 2021. Categories: Fiction » Romance » Paranormal » General, Fiction » Romance » Suspense
Selena Townsend has no idea what will happen after she kills a fellow hunter while protecting an innocent vampiress. She's ostracized, but acquitted of charges against her, but now she's looking for her sister who has disappeared. That mission takes her to a vampire club and all kinds of trouble. 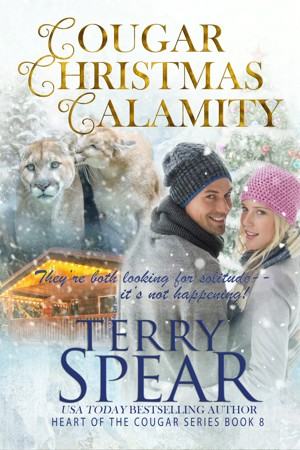 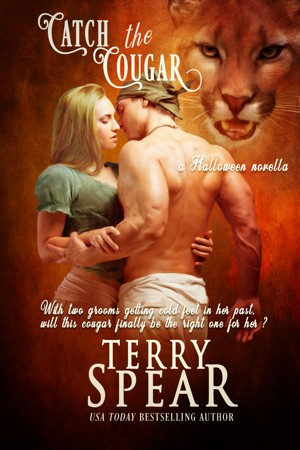 Catch the Cougar by Terry Spear
Price: $2.99 USD. Words: 27,920. Language: English. Published: October 15, 2020. Categories: Fiction » Romance » Paranormal » General, Fiction » Romance » Contemporary
Cougar shifter Vanessa Vanderbilt is Yuma Town’s veterinarian, and though she’s attracted to sexy William Rugel, family physician, he’s on her least favorite list of doctors in town. After all, why wouldn’t he be when he thinks veterinarians aren’t smart enough to make it in medical school? Top that off with the issue of her being stood up twice at the altar, and by different grooms, no less! 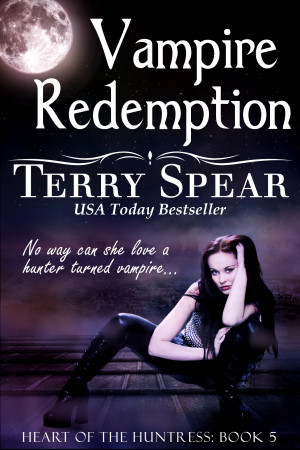 Vampire Redemption by Terry Spear
Series: Heart of the Huntress. Price: $4.99 USD. Words: 77,720. Language: English. Published: March 24, 2020. Categories: Fiction » Romance » Paranormal » General, Fiction » Romance » Suspense
Huntress Pasha wants revenge against the vampire who had decimated her family of hunters and she’s sure she’s found her mate—a hunter who saved her and helped free her family. But he is a hunter turned vampire now and as much as she hates the vampires for what they’ve done to her and her family, she scorns any notion of settling down with one. 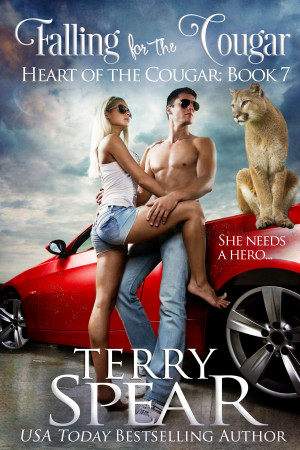 Falling for the Cougar by Terry Spear
Series: Heart of the Cougar. Price: $4.99 USD. Words: 80,050. Language: English. Published: November 23, 2019. Categories: Fiction » Romance » Paranormal » General, Fiction » Romance » Suspense
Army Captain Nicole Welsh’s premonitions of danger warn her more trouble is headed her way after her parents died in an unexplained car accident. Is it just her imagination that someone bad is out to get her? Her vacation to Galveston Island is meant to be a break from her awful job, breaking up with an unfaithful boyfriend, and getting over her parents’ deaths.
View their profile to see all of their books