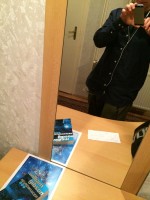 I mean, no disrespect to my fellow authors, but I've read shit like you wouldn't believe.

At this point, I sat down and wrote a book that I thought was golden. On closer inspection it was, to say it lightly, worse than I'd thought. So I kicked back, wrote a few short stories, listened to 10 audio books by the talented Mister Jim Butcher (The Dresden Files) in a row, read some of his editing advise, and revised the book into something I'm happy with at the moment. I'm curious about what happens in Part 2 myself now, and that's enough for me.
What motivated you to become an indie author?
Time-efficiency & the E-book Revolution.
How has Smashwords contributed to your success?
You tell me.
What is the greatest joy of writing for you?
When I go, "Whoa, that's pretty cool."
What do your fans mean to you?
My livelihood.
What are you working on next?
Some short stories, a pen & paper role playing game, Extatica Part 2 ... a copywriting business. We'll see what 2014 brings.
Who are your favorite authors?
Harlan Ellison, Philip K. Dick, Paolo Bacigalupi, Richard Bach, Neal Stephenson, Warren Ellis (comics), Boris Akunin, Stephen King, and many, many others.
What inspires you to get out of bed each day?
An alarm clock.
When you're not writing, how do you spend your time?
I edit.
How do you discover the ebooks you read?
The internet.
Do you remember the first story you ever wrote?
Yes.
What is your writing process?
I procrastinate for 5 hours, then I write for 2.
Do you remember the first story you ever read, and the impact it had on you?
Not sure about a story, but I remember The Three Musketeers as the first book I fell in love with. It had friendship, adventure, love, and courage, and when I read it, I cared more about the life of the cheeky D'Artagnan of Gascony than I did about my own.
How do you approach cover design?
By hiring talented artists.
What do you read for pleasure?
Everything that pleases me.
Smashwords Interviews are created by the profiled author or publisher. 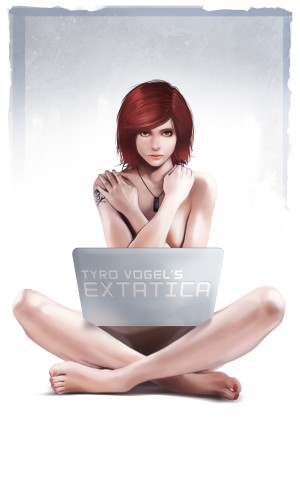 Tyro Vogel's Extatica by Tyro Vogel
Price: $0.99 USD. Words: 23,060. Language: English. Published: August 5, 2014. Categories: Fiction » Science fiction » Cyberpunk, Fiction » Erotica » Sci-Fi Erotica
Is everything connected? Is there a world beyond our own? Is reality subjective to our perception? Is there a way to escape death? Is there a need to? 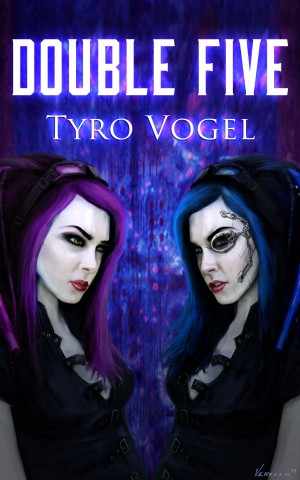 Double Five: Ten Stories of Speculative Fiction by Tyro Vogel
Price: $2.99 USD. Words: 20,840. Language: English. Published: April 20, 2014. Categories: Fiction » Science fiction » Short stories, Fiction » Science fiction » General
From the romantic Sci-Fi (not to be confused with SF) adventure on an alien world in THE BRIGHT SIDE OF KIBOU to the exploration of what it's like to be human in THE HEART MACHINE IS BROKEN, this collection of short stories was never intended to please everyone ... but it might have something for you. 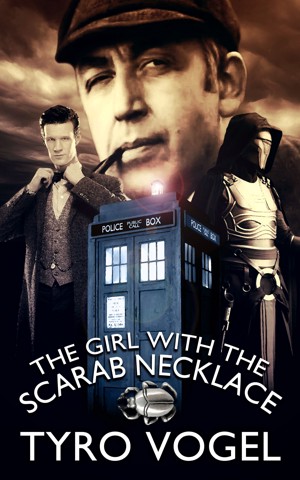 When Adam Smith gets hired as an assistant to the Chicago's self-appointed first female Private Investigator (easier said than done in early 20th century America), he is ready for anything except for a blue box falling from the sky, men with laser swords, a voyage through time and space, and falling in love.