Published 2017-06-25.
Is your latest novel, “Life’s Big Zoo,” autobiographical?
“Life’s Big Zoo” started off as a memoir and, like most memoirs, quickly turned to fiction. But, sure, some of the adventures and observations of a precocious kid growing up between the shadow of the holocaust and the bright lights of the sixties are close to home. I was too young to really participate in the sixties, which is why I remember them, but I was definitely old enough to feel both the fear and exhilaration of the times.
What's the story behind your latest book?
I'll let my precocious twelve-going-on-thirteen year-old protagonist answer this:

"I’m halfway to thirteen and 1968 is already the craziest year ever. Rigged elections, H-bombs, riots, rock and roll. My rock star brother might end up in Vietnam and The Monkees TV show just got cancelled.

So much for flower power.

Should I tell my grandmother that our weird neighbor is an ex-Nazi? Nana survived Dachau and deserves a quiet life which, so far, I haven’t provided.

I may be the dumbest kid in smart class, but I have a really big idea: I’m going to return to the scene of the crime and avenge Nana’s lost family.

Garage bands, G-men, Germans and Jews. Laurel Canyon, where the nuts roll uphill. If the future of the free world depends on me, please accept my apology in advance.

Among the many wise things Nana tells me, one that rings true time and again is that God keeps a big zoo. In the summer of 1968 I joined the menagerie."
A reviewer called Life's Big Zoo a “Jewish Catcher in the Rye.” You say this book is “culturally Jewish.” What does that mean?
Catcher in the rye bread is more like it!

I was raised Jewish. My father and his parents managed to get out of Nazi Germany just in time. Most of their extended family wasn’t so lucky. Growing up with this history meant being an outsider in mainstream America and has definitely informed my life’s outlook.

That said, I grew up in Los Angeles during a pretty wild time. I saw the sixties unfolding from the window of the city bus I rode across town to my elementary school. I listened to KHJ (“Boss Radio for Boss Angeles!”) and Wolfman Jack on my transistor radio, spied on the neighborhood garage bands, and was scared by the nightly news.

So, yes, the story is Jewish with an emphasis on the “-ish.” I hope it will resonate beyond just my tribe of origin.
What about your other books?
In my humorous historical fiction, I suggest that the decline and fall of pretty much everything started a long time ago.

"No Roads Lead to Rome" and "Aqueduct to Nowhere" take place in 123 AD in what I imagined to be the wackiest corner of the Roman Empire.

Research for the novels was highly informed by the five years I spent in Barcelona which is documented in my humorous memoir, "The Expat's Pajamas." Inspiration was provided by my years of working for a large corporation whose empire was collapsing under the weight of its own hubris.

"Quirk in Progress" is a collection of humorous articles, like the one about an App that translates Keith Richards into understandable English.
What did you want to become when you were a kid?
A plumber. Driving a truck, wielding a big wrench, and mucking about under houses looked like fun.
Any advice you would like to give to your younger self?
Stick with that plumber idea. It pays well, can’t be outsourced, and offers all kinds of eavesdropping opportunities to populate and enrich your novels.
How do you think e-books and Smashwords have changed the present or future of reading?
For the better. I love physical books, but I also liked LP records. Digital media in music and books has given us incredible access, variety and mobility. Digital publishing and distribution has lowered barriers, eliminated gate keepers and middlemen, and made it easier for the singer/songwriter or indie author to connect directly with an audience
Are e-books going to kill public libraries?
I wrestled with this as a trustee on the board of a small town library where I used to live. We wondered if the only way to stay relevant was to start selling cappuccinos. We questioned our existence for a while but eventually realized that libraries will always be gathering places for moms with kids, for teens after school, and for people without internet access, just to name a few. Everyone we spoke with had fond memories of their first library visit, their first library card and wanted to pass that experience forward.

More importantly, libraries are defenders of and bastions for free speech, unpopular ideas, and undeniable facts. Thank you, Ben Franklin! I can’t imagine democracy surviving without libraries.
Closing words? What advice would you like to give writers who are struggling with their first novels?
Take your time.
It’s way too easy to turn a first draft into an e-book, collect a couple of bad reviews and get discouraged.

You wouldn’t try to play Carnegie Hall after a year of piano practice, so don’t rush to self-publish.

Read a lot. Observe a lot. Write a lot. Join a supportive literary critique group, develop a thick skin, find your voice and trust the magic.
Smashwords Interviews are created by the profiled author or publisher. 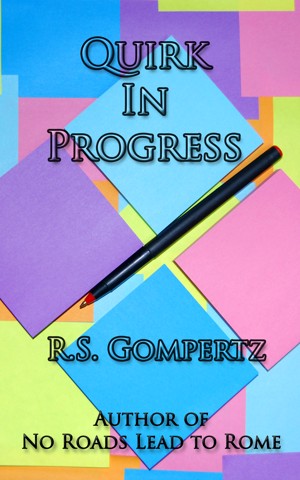 Quirk In Progress by R.S. Gompertz
Price: Free! Words: 7,820. Language: English. Published: February 5, 2014. Categories: Fiction » Humor & comedy » Satire, Essay » Sociology
Snap, Crackle, Pop Culture! Have a Euro sandwich with a side of Americana! A collection of humorous articles and cheaply personal musings that cover the full spectrum from an app that translates Keith Richards into English to proof that Ringo broke up the Beatles. Disney buys the Holy Land! Chicago changes its name to Boston! Twitter success in 10 easy tweets and other essential insights. 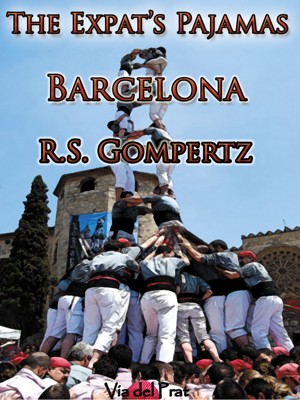 The Expat's Pajamas: Barcelona by R.S. Gompertz
Price: $0.99 USD. Words: 7,120. Language: English. Published: November 7, 2010. Categories: Nonfiction » Travel » By region
A wise person observed that visiting a new place for a day makes you an expert but the longer you stay, the less you seem to know. From 2000 to 2005, I lived with my family in Sant Cugat, a Catalan village on the outskirts of Barcelona, Spain. Most of these essays were written and published while avoiding work on my humorous historical novel, “No Roads Lead to Rome.” 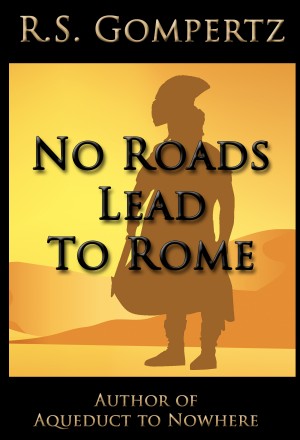 It’s 123 AD. Steeped in humor and history, this quixotic saga chronicles the clumsy schemes of an inept governor and his shadowy advisor, a superstitious centurion's struggle to save his faith in the faded ideals of the Republic, and a young rebel's reluctant vow to change the course of history. All are pitted against the Gods, the Emperor Hadrian, and the decline and fall of nearly everything.