This interview has been viewed 2,849 times.

Published 2014-11-02.
What is your writing process?
By writing process I assume you mean do I use outlines to write my novels. I'm of those writers who doesn't use outlines but what I do use is my dreams. I know it sounds a bit crazy but most of my books are a result of something I dreamed about first then I started to write about it. Sometimes, it starts as a scene in my dream or a conversation I remember from the dream and ends as a novel. Needless to say, I keep a notepad, a flashlight and several pens at my bedside.
Do you remember the first story you ever read, and the impact it had on you?
No but I do remember one of the first books I read was to KILL A MOCKING BIRD. The book was in one of those Reader's Digest volumes that had 5 or 6 bestselling book in one volume. I remember reading the Mrs. Arris goes to Paris series, too. Both books made me realize how everyday events could have powerful, earth-shattering consequences.
How do you approach cover design?
Not very well, I'm afraid. I have an art background so at first I thought I could do covers myself but they looked amateurish so I went with several designers before I found one who listened to my ideas. Now my illustrator and I are creating covers that match the content of my books but still be eye-catching, drawing a readers's attention to the book then encouraging her to buy it.
What do you read for pleasure?
Lately as I try to understand the world of self-publishing, I've been re-reading some of my how to publishing manuals
What is your e-reading device of choice?
I usually read e-books on my laptops because I can enlarge the print and back light the screen for easy reading. If I'm not home then its my Nexus tablet
What book marketing techniques have been most effective for you?
I don't know yet. I just published 10/31/14. I've been tweeting, using Facebook and Linked-in, sending ads to Facebook discussion groups and Amazon discussion groups, author pages on Smashwords, Amazon and Author's Den. My next thing is email blasts and bugging friends to buy, buy, buy.
Describe your desk
It's a small folding table just big enough for a laptop, a mouse and a wrist rest
Where did you grow up, and how did this influence your writing?
I grew up in an all-white country town just outside of Akron, Ohio. My family and two other families were the only African Americans in a township of about 20,000. I never got used to being looked at as the odd girl, the outsider. I guess that's why I write about Black women..lesbians who work in city jobs but aren't typical civil servants and are looking for that one in a million perfect mate.
When did you first start writing?
I started writing years ago...maybe about 40 years ago if not longer. Long before post it notes, I'd make little notes on paper scraps, or notepads or along the margins and spines of books. I even wrote notes to myself on the backs of forms I used for my city job. I wrote them out of anger and frustration about situations I couldn't change or when something was funny or I wrote to remember some theory or inspiration I had while reading the book.I finally turned those notes and paper scraps into a workplace memoir six years ago.
What's the story behind your latest book?
I’m fascinated with the idea that men such as Ted Bundy, John List, and Wayne Williams who commit murder but can live among us normal folk and go undetected for long periods. They look and act as we do. In fact, they could be us.

'Old Man Peterson' explores that possibility through a murder mystery with a romantic bent. The novel opens with the discovery of a skeleton embedded in the wall of an apartment in Upper Manhattan. The secrets in an old woman’s journals, her rapist’s contradictory 60-year-old memories and her recent statements during a murder investigation, tell several versions of the same incident. The opposing viewpoints of the old woman and her rapist provide a glimpse into the 1940’s and 1950’s world of cash poor but land rich southern Blacks and their northern wealthier counterparts.

The third story line, chronicles the battle of wits between Jannita’s granduncle, Hiram Kennedy and the lieutenant for Jannita’s affections. The battle gets underway when the murder investigation exonerates the paternal grandmother as the prime suspect and the lieutenant finds the uncle as a more likely suspect. She proves the granduncle committed multiple murders.

The fourth story line describes obstacles a gay woman of color encounters working in a straight, mostly white, male-oriented police culture. With her passive-aggressive personality and her tenuous status as a new lieutenant, Abigaile Truman is the perfect foil for her uptight captain and prime murder suspect, Hiram Kennedy’s crafty maneuverings.
What motivated you to become an indie author?
After an unpleasant publishing experience, I decided to take control of my own fate and that of my books.
How has Smashwords contributed to your success?
It's too early to tell but I hope it will move me along my journey into self-publishing.
What is the greatest joy of writing for you?
I love being able to release my inner bitch through the characters I create. I also can examine who I am through my characters. I can work out my stuff through them too.
What do your fans mean to you?
When I have some, I hope I'll be respectful and so pleased they like what I do enough to spend money and convince their friends to do the same. FANS ARE GREAT, GREAT, GREAT!!!!!
What are you working on next?
I just published 3 novels, OLD MAN PETERSON which I talk about here in the interview.

I also published SAFE HAVEN, the story of a runaway ‘wife’ discovers love in the arms of a female doctor who treats her broken bones and bruises then mends her broken heart.

The third novel I just published is I'M YOUR BABY TONIGHT, supposes you could be anybody that you wanted for one night. You could dress up in a magical costume and party ‘til the sun came up. A city park ranger trades in her identity for one night of loving an older woman who refuses to accept the real her.
Smashwords Interviews are created by the profiled author or publisher. 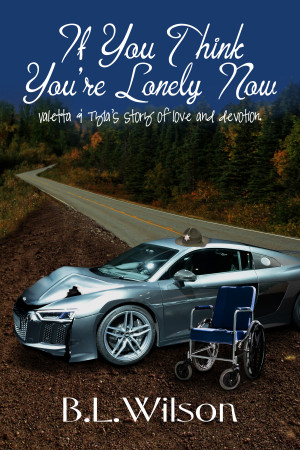 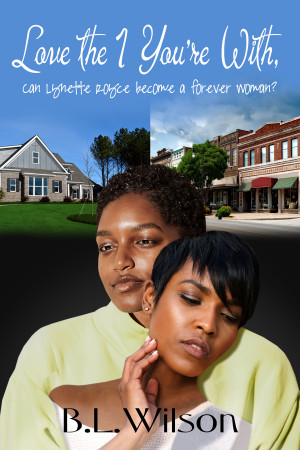 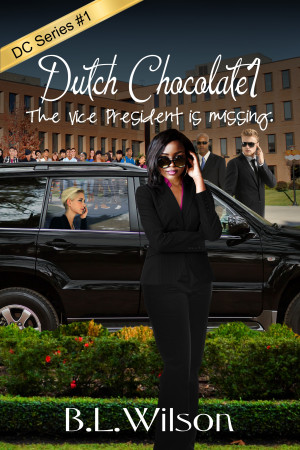 Dutch Chocolate 1, the Vice President is Missing by B.L Wilson
Price: $2.99 USD. Words: 90,350. Language: English. Published: February 2, 2020. Categories: Fiction » Gay & lesbian fiction » Lesbian, Fiction » Romance » Action/adventure
Why would anyone abduct the Vice President? Is it for money, fame, or something more sinister? Whatever the reason, it is up to Dutch to find her old friend in the first of the action-packed, suspenseful Dutch Chocolate Series: The VP is Missing. 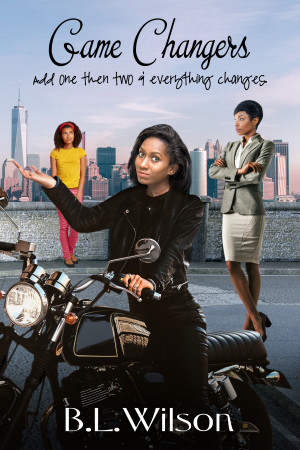 Game Changers, Add One Then Two and Everything Changes by B.L Wilson
Price: $2.99 USD. Words: 174,600. Language: English. Published: December 2, 2019. Categories: Fiction » African American fiction » Romance, Fiction » Gay & lesbian fiction » Lesbian
Deanna Jones stamps an indelible impression on her new boss when she makes a pass at her. From there, it is all downhill for Deanna, who cannot stop bumping heads with Deputy Commissioner Amanda Taylor. Will these two women be able to work together without losing their jobs or their minds? Find out in Game Changers, one then add two and everything changes. 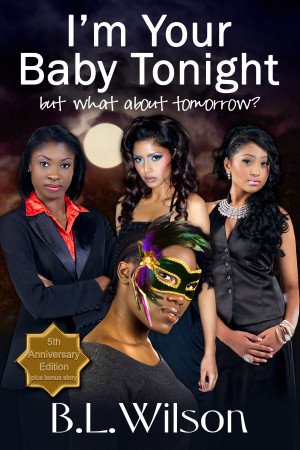 I'm Your Baby Tonight, But What About Tomorrow: 5th Anniversary Edition Plus Bonus Story by B.L Wilson
Price: $2.99 USD. Words: 56,020. Language: English. Published: October 2, 2019. Categories: Fiction » African American fiction » Romance, Fiction » Gay & lesbian fiction » Lesbian
Suppose you could be anybody you wanted to be just for one night. “I’m Your Baby Tonight” is a romantic comedy with a cast of African America women with diverse personalities, each of whom is yearning to find that one-in-a-million perfect partner. 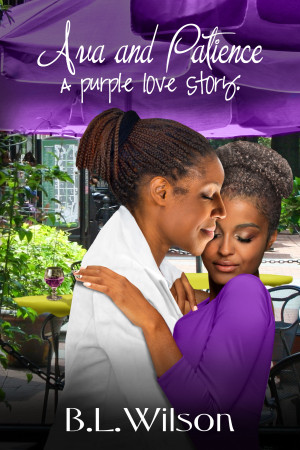 Ava and Patience, a Purple Love Story by B.L Wilson
Price: $2.99 USD. Words: 97,060. Language: English. Published: September 2, 2019. Categories: Fiction » Gay & lesbian fiction » Lesbian, Fiction » African American fiction » Romance
Ava Thomas is an attractive, wealthy, older single Black woman who practices abstinence, that is, until she meets a shy, quiet bartender, Patience Meeks, at her friend’s private club, who loves purple as much as she does. Is a love of purple, pictures, and birds enough to keep two women from far different worlds together? Find out in Ava & Patience, a purple love story. 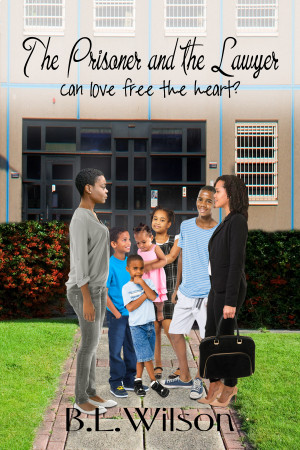 The Prisoner And The Lawyer, Can Love Free The Heart? by B.L Wilson
Price: $2.99 USD. Words: 181,600. Language: English. Published: August 2, 2019. Categories: Fiction » Gay & lesbian fiction » Lesbian, Fiction » African American fiction » Romance
When the Prisoner & the Lawyer meet, sparks fly, but can the two make things work between them, even with the obstacles their disparate backgrounds produce? Will Regina be able to love Joan, even though she is connected to the would-be killers? And now that she is free from prison, will Joan be able to free her heart and allow love to happen? 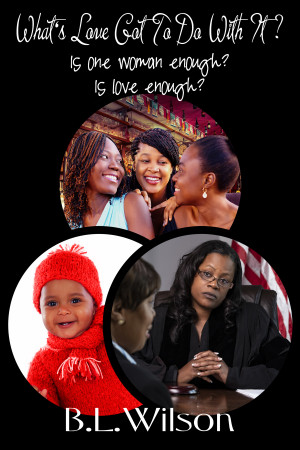 What's Love Got To Do With It? Is One Woman Enough? Is Love Enough? by B.L Wilson
Series: Songbooks. Price: $2.99 USD. Words: 93,240. Language: English. Published: July 2, 2019. Categories: Fiction » Gay & lesbian fiction » Lesbian, Fiction » African American fiction » Romance
Kameron Mills, a love ‘em and leave ‘em stud, runs through women like water. Until she meets Ernestine Williams a successful restaurant owner. The older woman has a certain something that Kam cannot resist. Enter Baby Kam, Kam’s baby from a previous relationship. Ernie falls in love with Baby Kam, but the two Kams are a package deal. Can Kameron prove her love and commitment to both Ernestine? 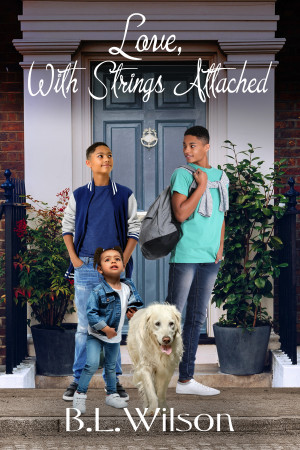 Love, With Strings Attached by B.L Wilson
Price: $2.99 USD. Words: 150,220. Language: English. Published: May 29, 2019. Categories: Fiction » Gay & lesbian fiction » Lesbian, Fiction » Romance » Suspense
Can Lena Johns raise three orphaned children alone? Will the surgeon accept help from her medical friends, especially her ex-lover, bossy nurse Eugenia Martin? Will raising the children bring the doctor and the nurse closer together or split them apart? And will the law apprehend a dangerous fugitive before he catches up with his only witness? It all comes together in Love, With Strings Attached. 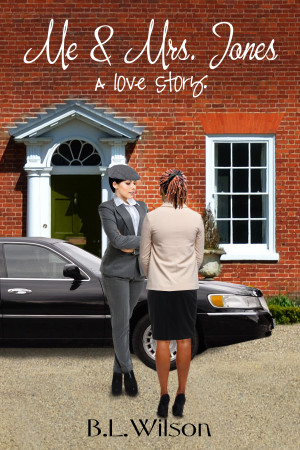 Me and Mrs. Jones, a Love Story by B.L Wilson
Series: Songbooks. Price: $2.99 USD. Words: 101,720. Language: English. Published: April 2, 2019. Categories: Fiction » Gay & lesbian fiction » Lesbian, Fiction » African American fiction » Romance
Vernella Burton-Jones, has been suffering verbal and sometimes physical abuse at the hands of her wife Frances for years. Vernella feels helpless to stop this cycle of bullying and abuse, until she meets Clementine. Can two women with completely dissimilar backgrounds allow their attraction for each other overcome many obstacles? Find out in Me and Mrs. Jones, a love story.
View their profile to see all of their books