Published 2018-11-27.
Where did you grow up, and how did this influence your writing?
I grew up in Arizona and my family did a lot of camping there. I think this helped me have a love of landscapes, vistas, and scale that I try to impart in my writing. I also had a teacher that got me hooked on science, which is a big part of why I write sci-fi.
Describe your desk.
I write exclusively on my laptop at the dining room table. We don't have a large house, so a dedicated office or writing area would take up a lot of otherwise needed space. Thankfully, I love my "desk," and it works great for me. It's also close to the kitchen, which makes snacking easy... Maybe that part is not such a good thing. ;-)
What motivated you to become an indie author?
I was involved in several punk bands when I was younger, and the whole DIY ethic of that movement really inspired me. It also helps that I have a strong inclination to do things myself as well. Overall, I love the control and flexibility that being an independent author provides. It can be extremely difficult (especially when you are trying to learn all the skills you need), but in the end, being an indie really works for me.
What is the greatest joy of writing for you?
Creating, and then having people enjoy what I've made. I love it when I'm writing a chapter and everything just flows so well. After so much hard work, it feels amazing when readers tell me they enjoyed my books and how much they mean to them!
What are you working on next?
After I publish the final Dawn Saga book (early 2019), I'll be starting work on a new trilogy that is connected to it, but happens on Earth. My hope is to have the first of that series out in late 2019, but it's hard to think that far in advance, especially when I'm trying to finish the Dawn Saga. :-)
When you're not writing, how do you spend your time?
Outside of writing, I spend most of my time either doing outdoor activites or playing video games. I'm a passionate rock climber, which means that in addition to doing it for fun, I also spend a lot of time training.

As for video games, I love playing Super Mario World kaizo hacks and speedrunning the original game. When I'm looking for something a bit more chill, I like playing indie games of various genres, especially co-op ones with my wife.
What do your fans mean to you?
Everything! I'm not the kind of person who writes solely for their own enjoyment. I'm here to create so that others can get enjoyment out of it. My fans make all of this possible, by providing motivation and inspiration!
What is the best advice you have ever heard?
"To avoid criticism: Do nothing, say nothing, be nothing."
What do you read for pleasure?
Unsurprisingly, sci-fi and fantasy. :-) I also thoroughly enjoy non-fiction books based on science topics by authors such as Stephen Hawking and Laurence Gonzales.
What is your e-reading device of choice?
Usually my cell phone. For whatever reason, I don't mind the small screen. I always have it with me, which makes it easy to read when I have spare time.
Smashwords Interviews are created by the profiled author or publisher. 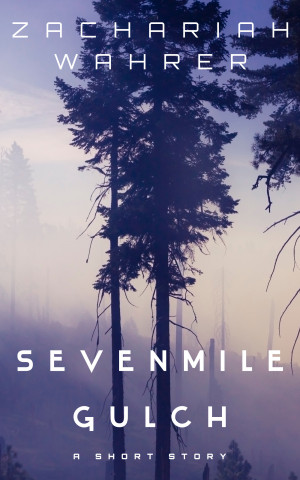 Sevenmile Gulch: A Short Story by Zachariah Wahrer
Price: $0.99 USD. Words: 4,520. Language: English. Published: August 16, 2019. Categories: Fiction » Adventure » General, Fiction » Visionary & metaphysical
Patricia Walker is a Hotshot with the Crooked River wildland firefighters. She and her team head to Sevenmile Gulch to battle a dangerous, growing blaze. Once they are finally in position, the fire changes unexpectedly, forcing Patricia and the rest of the Hotshots to flee. But not everything in Sevenmile Gulch is as it seems... 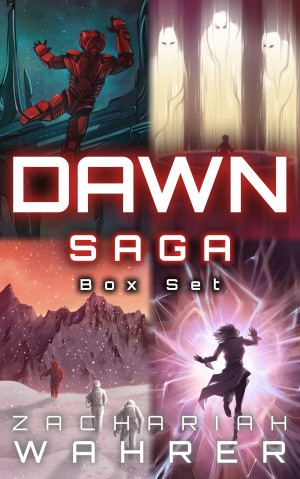 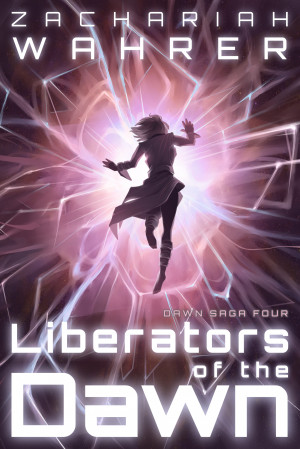 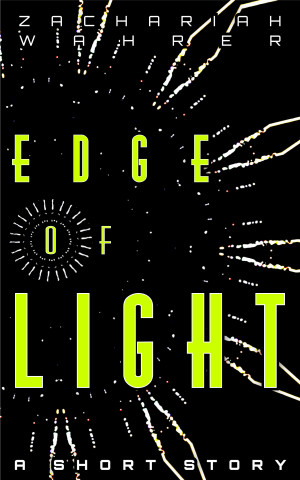 Edge of Light: A Short Story by Zachariah Wahrer
Price: $0.99 USD. Words: 2,590. Language: English. Published: January 23, 2019. Categories: Fiction » Science fiction » Apocalyptic, Fiction » Science fiction » Short stories
Tonight is the night. They can’t stop me. I’ll see what’s outside our village. Let them laugh and sneer all they want. I’ll prove them wrong. I’ll show them there is nothing to fear, that monsters are only myths. Then, everyone will really know what lies beyond the edge of light. Set in a post-apocalyptic America, Edge of Light is an intriguing short story by Dawn Saga author, Zachariah Wahrer. 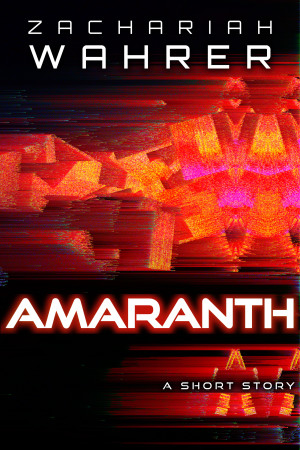 Amaranth: A Short Story by Zachariah Wahrer
Price: $0.99 USD. Words: 5,360. Language: English. Published: April 11, 2018. Categories: Fiction » Science fiction » Cyberpunk, Fiction » Science fiction » Short stories
Ava, a talented coder for the multi-national Haute Tech Corp., is coping with the death of her fiancée, Liam. Now, six months after his passing, Ava gets a PM from Liam's social media account, claiming it’s him. Ava saw the gruesome accident scene and identified Liam’s corpse, but somehow, the sender has information only he could know. Could Liam be alive, or is it just a sick joke? 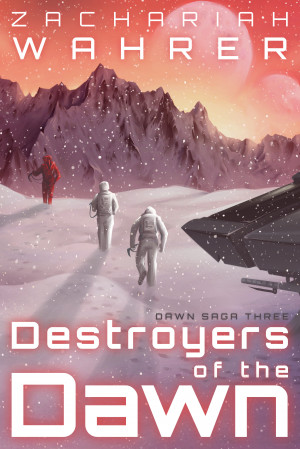 Destroyers of the Dawn by Zachariah Wahrer
Series: Dawn Saga. Price: $3.99 USD. Words: 103,860. Language: English. Published: May 4, 2018. Categories: Fiction » Science fiction » Space opera, Fiction » Science fiction » Adventure
With enemies on all sides, the Harbingers seek to understand their strength. Knowing they cannot face the Breakers head on, Maxar leads Wake and Jaydon to the Traynos system. There, a mysterious archaeological dig holds the key to the nano-tech coursing through his body. Will what he finds be worth the risk of separating the Harbingers? 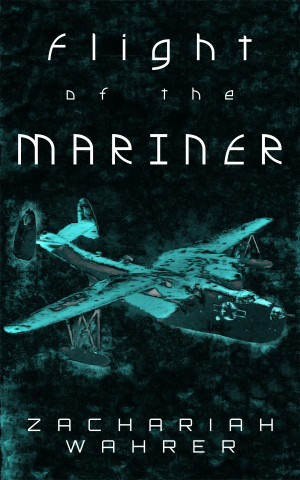 When five torpedo bombers disappear off the coast of Florida during a training flight in 1945, Wally and his flight crew are sent to look for them. They head out over the stormy Atlantic in their Mariner seaplane, searching the dark ocean for survivors. They find the downed planes, and with them, something far more sinister. 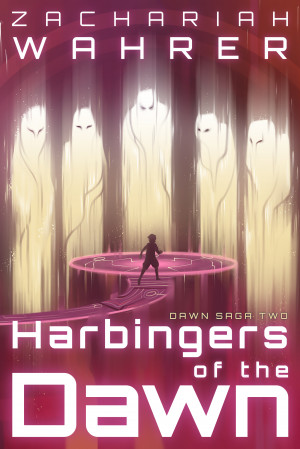 Harbingers of the Dawn by Zachariah Wahrer
Series: Dawn Saga. Price: $3.99 USD. Words: 103,010. Language: English. Published: January 9, 2017. Categories: Fiction » Science fiction » Space opera, Fiction » Science fiction » Adventure
The Breakers continue flooding across the Akked Galaxy, stealthy and unstoppable. Their next target: the Founder of the Ashamine. Crasor knows if he can kill the supreme human leader, the Ashamine government will plunge into pandemonium. Bound together by a vague prophecy and mysterious powers, Tremmilly and her friends are confronted with an Ashamine invasion. 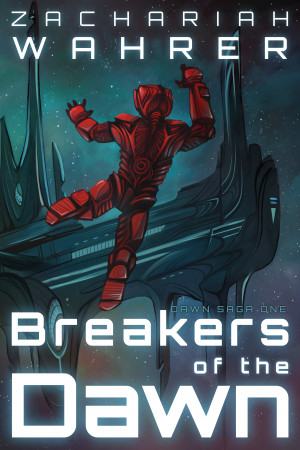 Humanity has fallen from its once majestic place amongst the stars. Desperate for resources to prop up an aging galactic dynasty, humans seize every planet they find, exterminating their alien inhabitants. Across the empire, a group of dissidents come together through happenstance. As they learn more, however, they sense a strange force directing their lives. 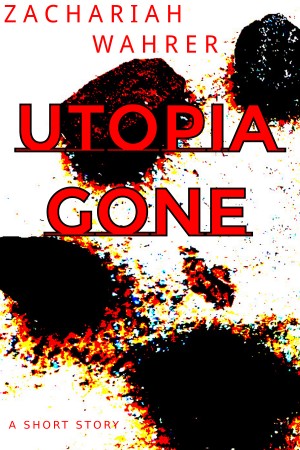 Utopia Gone by Zachariah Wahrer
Price: Free! Words: 4,580. Language: English. Published: December 8, 2014. Categories: Fiction » Science fiction » Short stories, Fiction » Science fiction » Adventure
Alone in the world, the man enjoys life. He has no name, nor needs one. Every rock, tree, mountain, and sea: he knows it all in detail. He has no memory of how he arrived on the planet, only a blissful love of his surroundings. When the starship comes, his life makes a dramatic change.