This is my first novel. I am an IT professional and my goal is to one day make the transition from IT to a full time author. My wife Regina and I live in the Greenville, SC area. I have two daughters, Relina and Destiny. This is Relina’s first year of college at Gardner Webb University. She attended a charter high school and finish with 40 hours of college credit. You only can imagine how proud this makes her mother and me. My youngest, Destiny is now attending the charter high school and is on track for big accomplishments also. 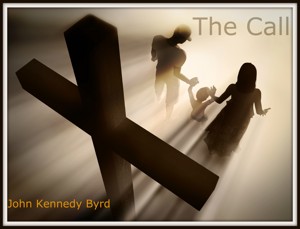 The Call by John Kennedy Byrd
You set the price! Words: 66,490. Language: English. Published: October 28, 2012. Categories: Fiction » Christian » Suspense
The United States has severed ties with their greatest ally in the Middle East, Israel. An unthinkable devastation has been unleashed on San Francisco, California a 12.5 earthquake. After 911, the United States slowly choose security over freedom.Ben Carter is CEO of Max Corporation, the world’s largest food distributor on the east coast.

You have subscribed to alerts for John Kennedy Byrd.

You have been added to John Kennedy Byrd's favorite list.

You can also sign-up to receive email notifications whenever John Kennedy Byrd releases a new book.