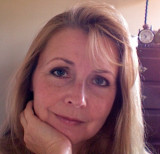 Nancy Isaak is the Gemini-nominated and award-winning author of "The 365 Days Quadrilogy" ("365 Days Alone", "365 Days Hunted", "365 Days At War", "365 Days Revealed"), "Flight 308 to Christmas", and the upcoming "Anarchy"--as well as--numerous television movies and series episodes, both in the United States and Canada. An Alfred P. Sloan Fellow, Nancy has also produced, directed, and acted in over 100 different productions.

That said--she'd still rather be an astronaut.

What's the story behind your latest book?
"Anarchy" was first written as a feature film script. Because I liked the story so much, I then decided to write a book and expand on the relationship between the two main characters.

The actual story was inspired by my living on the edge of a cliff in a desolate part of Malibu. Some days I would stand on the bluffs and not a see a single soul. I kept imagining what it would be like if the world had somehow ended and now I had to figure out how to survive living there all by myself. Then--just to make things interesting--I decided to add in some vicious, feral beasts who were migrating north, right through my front yard.

Of course, I never wrote the book about me. Instead, I put two young women in the main roles--sisters who had been on the run from the beasts since they were 4 and 9-years old.
When did you first start writing?
That's a great question.

According to my mother, I started writing when I was still in kindergarten. I would make up all these crazy stories and print them out, then decorate them with some really bad drawings. Most of them--for whatever reason--had to do with animals and little girls having adventures in the forests (usually getting lost and having to find their way out.)

As I got older my mother would bring home scraps of paper from her work and I would use them to write longer--and hopefully better--stories. This was in my teenage years, when I fell in love with Science Fiction and Fantasy, so most of my tales took on a dystopian/post-apocalyptic bent. 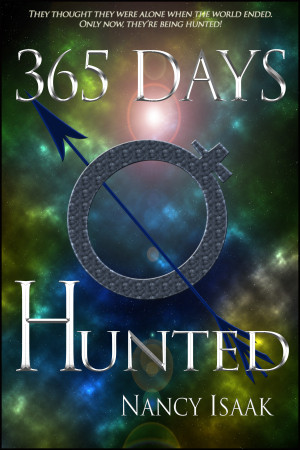 365 Days Hunted by Nancy Isaak
Price: $3.99 USD. Words: 143,620. Language: English. Published: March 28, 2018. Categories: Fiction » Science fiction » Utopias & dystopias, Fiction » Young adult or teen » Science Fiction
This thrilling sequel to "365 Days Alone" tells the story of the Riker brothers--three boys who suddenly discover themselves in a world seemingly empty of people, where electricity and batteries don't work, where their very survival is predicated on becoming a tribe of teenage warriors. And they better do it quickly...because the CRAZIES are coming! 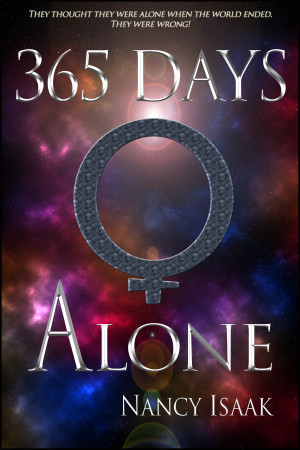 They've all disappeared--everyone--their friends, their family, people on the street. Now, it's just Kaylee and Jay--two teenage girls--left alone in a world without electricity, where nothing works, not even batteries. Will they be able to survive? And what happens when they find out that they're not really alone after all? That there are other girls left alive--girls with guns.

You have subscribed to alerts for Nancy Isaak.

You have been added to Nancy Isaak's favorite list.

You can also sign-up to receive email notifications whenever Nancy Isaak releases a new book.