A.S Bond is an internationally acclaimed travel writer and journalist. As the author of seven books, AS’s own adventures have taken her around the world, from the cloud forests of Central America to D.C.’s corridors of power. A.S Bond is a pen name.

Praise for AS Bond’s earlier books (written as Alexandra Pratt):

"I have known a few wonderful-crazy, damn-fool writers who would risk their lives for a great adventure story, but I have met only two - both husky, well-experienced outdoorsmen - who would have paddled a canoe into the Labrador wilds. And one of them is dead. Alexandra Pratt is so reckless she scares me and so entrancing that I could not put her book down."Ken McGoogan, author of Fatal Passage

“The writing is stunning.” Canoeist Magazine

"The climax is pure adventure." Spirit of Canada Magazine

Do you remember the first story you ever wrote?
Depends what you mean by a story! As soon as I could read and write I started to make up little pieces that today would be called 'flash fiction', usually about the natural world around me. The first, more focused, long form piece of writing I started was when I was around age 7. I'd read just about everything Enid Blyton had written (the Famous Five series being a favourite) and I started to write my own adventure story for kids. It was supposed to be a full length novel, but I think I got to around chapter 3....I started another novel at age 8, which was, bizarrely, about a canoeing expedition in Canada. This was a topic I later went on to write a book about as an adult, following my own canoe expedition in Canada. The book was a travel memoir published by HarperCollins, called 'Lost Lands, Forgotten Stories'.
What I've come to notice is that so much of who we are as adults is either already there as very young children, or formed at that age. We all try out lots of different things/ideas/routes as teenagers and then by mid-20's, we seem to end up being the person we started out as....
What is your writing process?
When it comes to writing fiction, such as my new thriller 'Patriot', I have a fairly set process. First, I decide on the style (action thriller being a favourite), the location, main protagonist. Then I start to work on the overall plot. What's the story about? I tend to thrash all this out with my husband, who is vital to all my fiction plotting. When I think I have a reasonable outline, I try to break it down into chapter outlines. Once I'm reasonably happy with those, I begin to write. Not necessarily at the beginning. If I have a very clear idea of a particular 'scene' from the book, that's where I start. I find that tends to set the tone for me. I can't write any chapter unless I can see it playing out like a movie in my head first.
Read more of this interview.

Where to find AS Bond online 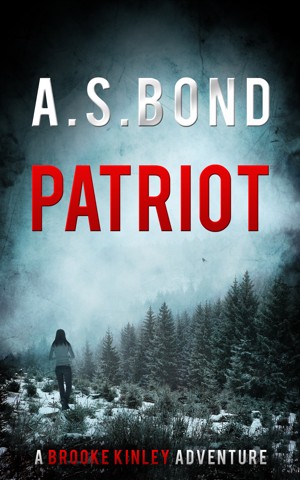 You have subscribed to Smashwords Alerts new release notifications for AS Bond.

You have been added to AS Bond's favorite list.

You can also sign-up to receive email notifications whenever AS Bond releases a new book.