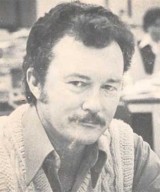 Born in Barron, Wisconsin, on September 11, 1931, Bill Stokes grew up on a small dairy farm between Barron and Rice Lake. He began his official writing career as an outdoor writer and general reporter for the Stevens Point Daily Journal, where he served as columnist, reporter and outdoor writer. In 1961 he moved to the Wisconsin State Journal, in Madison, where he wrote outdoor and personal columns, some of which were collected in a book “Ship The Kids On Ahead.” (added by Bill Stokes). In 1969, the Milwaukee Journal became his venue and as a feature writer and columnist, and he found new ground to cover in 1982 at the Chicago Tribune. After 11 years there, Bill retired to pursue free-lance projects.

For ten years Bill Stokes has been a roving reporter and columnist for The Milwaukee Journal. He has written reams of material about his viyid impressions of people, animals, events, personal activities and “things in general.” His reminiscence of boyhood days on the farm are typical of my own growing up days in Northern Wisconsin.

Through his travels, Bill has met with the unusual and unique — the oddball — the occult — the sad — the glad — the good — the bad — the humorous — the tragic — the trivial — the serious. This collection of some of his stories and columns indicates the broad scope of his journalistic efforts, brilliant talents and professional ability.

Bill writes with good humor and feeling. His descriptions make his readers think about their own personal lives and put their feelings toward their fellow men in proper perspective. I personally appreciate the fact that Bill did not include here a piece he did on one of my fishing trips when all I caught was a stick.

Readers will enjoy this potpourri of delightful columns as they move with Bill through the seasonal changes of life in Wisconsin. It will awaken their consciousness and make them more aware of their good fortune to be living in such a great and wondrous state.

People rarely succeed at anything unless they have fun doing it. Bill Stokes obviously enjoys his role as Wisconsin’s favorite journalist. In this delightful book he shares that fun with all.

Where to find Bill Stokes online 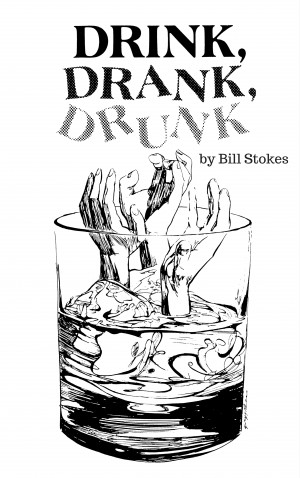 Drink, Drank, Drunk by Bill Stokes
Price: $2.99 USD. Words: 12,040. Language: English. Published: October 18, 2016. Categories: Nonfiction » Self-improvement » Addiction & recovery, Nonfiction » Psychology » Addiction
In the “Pulitzer” dream world of every journalist, mine was shattered by the Journal not even submitting the series for consideration. But what do I know. Could the “industry” have been a factor?

You have subscribed to alerts for Bill Stokes.

You have been added to Bill Stokes's favorite list.

You can also sign-up to receive email notifications whenever Bill Stokes releases a new book.