Today my wife Ann and I live with our Siberian cat, Pasha, high on a hill overlooking San Francisco Bay. Prior to beginning my writing career, I was a marketing consultant, senior corporate executive, university adjunct faculty, corporate board member, community volunteer, and an officer in the U.S. Army. Then at a time when most people are retiring, I began this new vocation as a novelist. Here's how it happened.

My father Ben was born in the Ukraine amidst the worst of the Russian Tsar's bloody 1905 anti-Jewish riots - pogroms. Shortly after, my grandfather Max escaped with his family to America. A hundred years later, I returned to the Ukraine. I paid my respects at a tombstone honoring the victims of the 1905 pogroms and stood in the square where the Nazis in 1941 rounded up thousands of Jews and marched them off to be executed. Had my grandparents not left Russia when they did, I might well have died in a square just like that one.

My yearning to connect with these grandparents I never knew arose in those moments. Writing novels seemed to be the only means for me to satisfy that passion. This led to my first book, Goliath's Head, then to A Fine September Morning, and finally to Lara's Shadow. I was more than a little surprised by the excellent reception to each of my novels. The wide audience of readers were a mix of both Jews and non-Jews keenly interested in the chronicles of Twentieth Century Jews, from persecution to tragedy to triumph. Most were from the United States, but a significant number came from many other parts of the world too.

With the same passion born of gratitude, my latest book, Odyssey of Chaos, turns attention to my maternal grandparents. They came to America from Greece in the early Twentieth Century. However, most of my grandmother's family stayed behind, ultimately settling in Athens. That's where they were when the Germans invaded Greece in 1941 and occupied their city and country. Odyssey of Chaos tells the story of Jews caught in Nazi-occupied Athens, the Christian Greeks who tried to save them, and those who betrayed them.

So many stories have been told of the Holocaust that we have become numb to the horror of it. So why write another one? Because for me, it's personal. My Greek cousins were among the handful of Greek Jews who survived. Some cousins were hidden in a cellar by a shepherd, aided by their Christian friends. Other cousins joined the partisans fighting the Germans. And some perished in Auschwitz. Nearly ninety percent of Greece's Jews were lost to the tragedy, the highest percentage in any country.

Resurrecting the trials my family endured has not always been easy. But writing brings me enormous satisfaction. Big rewards come when I give a presentation and see how people react, or I receive a piece of fan mail or get a good reader review. Every reader brings a little bit of his or her own unique person to the reading and interpretation of a novel. They see the books I write through their own eyes and experiences, not mine. Their appreciation keeps me plugging away, trying to get better at it. Thank you.

Where to find Alan Fleishman online 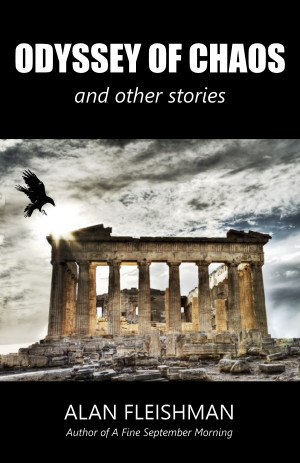 Odyssey of Chaos by Alan Fleishman
Price: $6.99 USD. Words: 63,490. Language: English. Published: February 27, 2017. Categories: Fiction » Historical » General, Fiction » Literature » Literary
With the Gestapo pounding on every door, no Jew in Athens is safe. Theo Kantos, a dress shop owner, has a desperate choice to make if he is to save his family. Does he trust the most despicable man he knows to hide them? Or does he place the lives of those he loves in the hands of a communist? Six contemporary short stories follow the title novella. 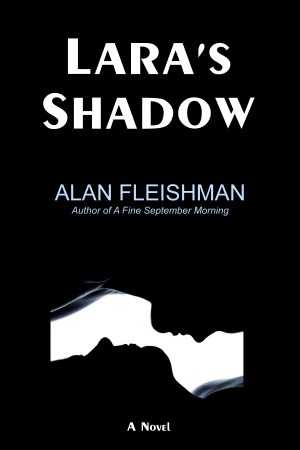 Lara's Shadow by Alan Fleishman
Price: $6.99 USD. Words: 75,550. Language: American English. Published: January 15, 2015. Categories: Fiction » Historical » General, Fiction » Literature » Literary
Germany 1963: Eli Schneider hates Germans as hard as anyone can hate. And for good reason. Then he falls in love with one of them. Lara's Shadow is a love story full of perplexities that strain the limits of atonement and forgiveness. It probes the mixture of good with evil, and the visitation of parents' guilt on their children. 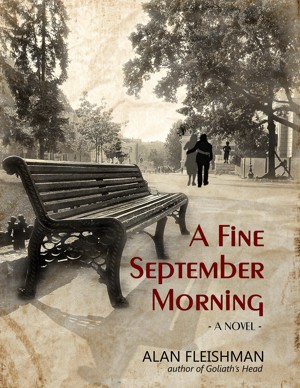 A Fine September Morning by Alan Fleishman
Price: $7.99 USD. Words: 122,230. Language: English. Published: February 23, 2013. Categories: Fiction » Historical » USA, Fiction » Literature » Plays & Screenplays
In a Russian 1905 anti-Jewish riot, Avi shoots the mob leader and must flee to America. His family follows, except his brother Lieb, who refuses. In ensuing years, Avi lives the American dream. Lieb lives Russia’s nightmare. When Stalin’s purges ensnare his family, Lieb sees he must escape, but all avenues are blocked, and Hitler’s armies threaten. Only his American brother can rescue him.

You have subscribed to alerts for Alan Fleishman.

You have been added to Alan Fleishman's favorite list.

You can also sign-up to receive email notifications whenever Alan Fleishman releases a new book.