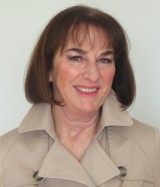 I write because the people in my head won't let go until I tell their stories.

Take a walk on the wild side with Noel Valentine, the troubled heroine of IMBROGLIO, as she saves an unconscious stranger from a burning car in far north tropical Queensland. Travel with her as the aftermath sees her embroiled in the murky world of criminals, spiralling her into what looks to be no way out from her own destruction.

Make the acquaintance of Elisabeth Sharman, senior Legal Aid solicitor, as she battles overwhelming odds to save a 19 year old amnesiac from being convicted of murder in AUTOMATON. She's a loyal friend once you gain her trust. Get to know Robert Murphy, her very perceptive instructing solicitor, who knows there's something deeply wrong with the way she's handling the case but who's willing to give her the benefit of the doubt because he likes her.

And still in the throes of relating her tale to me is Jennifer Graham, a senior mergers investigator with the Australian Competition and Consumer Commission. She'll be introducing herself to the public at the end of the year with luck. So keep an eye out for her story in DRAGLINE.

I'm a storyteller from way back but not a prolific producer like other authors. It can take me years to be satisfied with the quality of a story and my telling of it.

Visit my website and send me an email. I'd love to hear from you. Let me know how you like my books. http://www.alanawoods.com

Where to find Alana Woods online

You have subscribed to alerts for Alana Woods.

You have been added to Alana Woods's favorite list.

You can also sign-up to receive email notifications whenever Alana Woods releases a new book.