95 readers have added this author as a 'Favorite Author'.

I majored in English at the University of North Carolina at Greensboro. Kira’s story came to me during my first year while waiting for class to start. I began to scribble and the next thing I knew I had the beginnings of a story. I continued to imagine what would happen next and wrote bits and pieces in between classes and during work breaks. Once I typed up all the notes, I realized I had enough for a full novel, and ideas for more, resulting in the Elemental Series.

I enjoy a variety of books, but especially enjoyed the Twilight series by Stephenie Meyer, the Harry Potter series by J. K. Rowling and the Percy Jackson series by Rick Riordan. If you also like those book series, I hope you will enjoy my Elemental Series.

One thing I am asked constantly about this series is if Satan or demon worship is involved. There is absolutely nothing like that in the books. In my books, demons are more like humans with special gifts or powers. They can be good or evil. Some of the demons hate humans, while others protect humans and the earth. It could be compared to the concepts behind books or entertainment involving vampires, witches, or mutants as defenders of mankind. It symbolizes ideologies and behaviors that we sometimes struggle with in the world today, and challenges the view of judging or hating a group of people simply because of something that identifies them, whether it's their race, ethnicity, nationality, religion, socio-economics, etc. I, myself, am a Christian who believes in tolerance and acceptance, and that hate only breeds more hate. My books are family friendly for all age groups. I hope you enjoy reading them as much as I enjoy writing them.

Elemental by Alex E. Carey
The Elemental Series is a planned five-book series which will follow the adventures of Kira as she goes to college, encounters demons, confronts evil and finds love. The demons in this series are more like humans with supernatural powers, not the religious context. The Elemental Series has suspense, adventure, romance and humor. 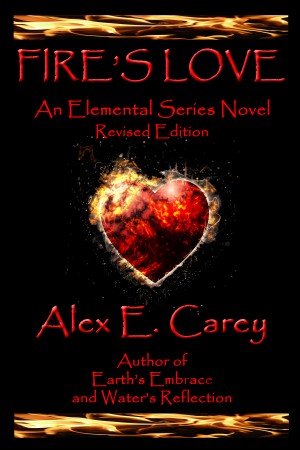 Fire's Love - Revised Edition by Alex E. Carey
Series: Elemental, Book 1. Price: $0.99 USD. Words: 81,630. Language: English. Published: October 10, 2016. Categories: Fiction » Fantasy » Paranormal, Fiction » Romance » Paranormal
Kira thought she was leaving her demons behind when she left for college. She soon learns that demons are everywhere. Not only are they real, but they're protecting her; that is, except for the ones who want her dead. On top of that, a mysterious book is found; a family secret is yet to be unraveled, and she has also fallen in love. Will she bask in the warmth, or be consumed by the flames? 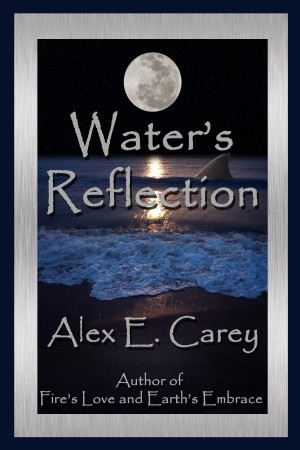 Water's Reflection by Alex E. Carey
Series: Elemental, Book 3. Price: $2.99 USD. Words: 85,180. Language: English. Published: December 11, 2015. Categories: Fiction » Fantasy » Paranormal, Fiction » Young adult or teen » Fantasy
The tides change for Kira, as her life and powers become more dangerous. Pyre, a fire demon and Kira’s boyfriend, confronts his own past, but a new foe may cause him to lose everything. Lowell, a wolf demon and their friend, must forgive himself for his past love’s death or lose his new love. Will they survive or will they drown in the Water's Reflection? 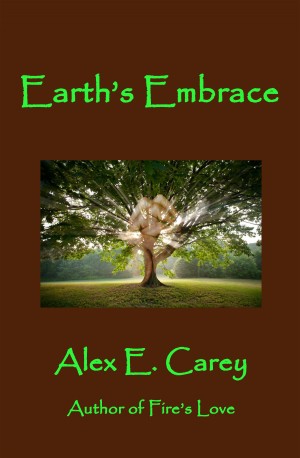 Earth's Embrace by Alex E. Carey
Series: Elemental, Book 2. Price: $1.99 USD. Words: 78,010. Language: English. Published: December 26, 2014. Categories: Fiction » Fantasy » Paranormal, Fiction » Young adult or teen » Fantasy
Kira's journey to uncover who she really is continues. As she tries to figure out the truth behind the lies and uncover the secrets, an old friend returns looking for blood. Kira's worries for her boyfriend Pyre, a fire demon, have only begun as she struggles to understand the changes within herself. Will she be able to overcome the harsh reality or will she be crushed by the Earth's Embrace.

You have subscribed to alerts for Alex E. Carey.

You have been added to Alex E. Carey's favorite list.

You can also sign-up to receive email notifications whenever Alex E. Carey releases a new book.