I was advised that, if I wanted to appear professional, this should be written in the third person.

“Alex lives in North Staffordshire with her husband, two children, two cats, a dog and a lot of horses. She runs an equestrian business and in what little spare time she has, she enjoys cooking, reading and making balloon animals…”

Actually, I wouldn’t have the first clue where to start with balloon animals, but the rest is pretty accurate… and boring as hell.

And so, like my female characters, I decided not to toe the line but to try something different; something that I, as a reader, would prefer and that’s to know more about the person whose stories might be about to buy into to.

I’m a self-taught writer and until I wrote Exposure, I never intended that my my work would be made public. It was just for me - as a form of expression and a kind of therapy; a way of escaping everyday reality and dreaming for a while. Even as a child, I would indulge my imagination and I found it helped with life's ups and downs.

That’s not to say that I had a tough childhood. In fact, it was very ordinary. I had a mum and a dad, two brothers and a lot of pets. I went to school, did my homework and had my fair share of school-yard bullying (mostly because I was always the one with my hand up in class.) I also fell in love with horses at the age of 9, and my life could be called idyllic in many respects.

However, I’m human and even though I have lived, and live a good, stable life there were times when I needed to get out of my own head and escape my daily reality.

I dabbled with short stories and poems and at the age of 15, I wrote my first full-length novel. It was a truly cringing romance based around my favourite boy band of the time. However, I found it enormous fun to do and it helped me stay sane while I studied for O-levels.

My second novel (which I never finished) was written when I studied history at University. It was a time-travelling tale, inspired by my studies, but again, it was for my eyes only.

My third (which I might dust off one day) was written in my late twenties when life as a young mother had started to drag me down. Again, it helped me to stay sane, but when my second child came along and my working life was more than a little hectic, I stopped writing – completely.

It was my own, personal Dark Ages.

For 6, long, dry years, I didn’t once put fingers to keyboard in anything other than work matters. No wonder that, eventually, I had a breakdown. No, seriously. I'd never before realised how important writing was to my mental health.
​
I went through therapy and then the Universe landed me in front of a life coach who blew my mind. He was ex-SAS and took me on a journey of self-enlightenment for which I will be eternally grateful. In one of our training sessions, suddenly I knew how to get well – I had to write again.

And that’s when Depth of Exposure was born. As with my other work, it was never initially meant for public consumption. However, one thing I was adamant about was that this time, I was going to do the story justice. Not only was I going to complete it but I was going to hone it, polish it and make it something that I could be proud of.

To help with this, I joined a writer’s forum where you could up-load your work for critique. To say that the people on there didn’t hold their punches is to denigrate the force of nature that was unleashed! Even to this day I remember one particular commentator who, after reading the first chapter said, “Sarah is more like a disgruntled housewife who has trolley rage at Sainsbury’s than a believable war photographer. And I should know, I’ve met a few.”

But you know what? That site was the making of me. My grammar was hammered, my plot-lines were examined and every nuance of the story was scrutinised. At first, it knocked my confidence but then I decided to take the criticisms on the chin, buckle up and learn my way forward. I got better, the critiques became less scathing and then one day, one of the harshest critics on the site said that my work was "top-class" and suggested that I try and get it published.

After much deliberation, I plucked up my courage and decided to go for it. I won’t bore you with the rigmarole that is trying to get a traditional publishing deal, but to suffice it to say that after a year of hard slog, I landed a London agent. I was gob-smacked, especially when I was invited down to their swish offices and treated like a celebrity. There was talk not only of book deals but movie and TV rights. You can imagine my elation, particularly as the agency was one of London’s longest established and well-known.

But it was then that I learnt the hardest lesson of all – no matter how good a book is, no matter how prestigious your agent or how much the editors and production teams at the publishing houses like it, it’s the marketing departments who have the final say. Despite being considered at five acquisition meetings with some of the biggest names in publishing, each time the marketing departments blocked it because crossed two genres: action/adventure and women’s fiction. They considered that it was too much of a risk because bookshops wouldn’t know which shelf to put it on.

The editors were apologetic, my agent was disappointed (but stoic) and I was gutted. She said that she still loved the book and that it deserved to be published but there was nothing more she could do – if I wanted it out there, the only thing left was to self-publish.

After licking my wounds, feeling pretty sorry for myself and considering giving up, I dusted myself down and that’s exactly what I did… and have done for all my books. I lost my agent – the agency had a rule that they wouldn’t support self-published authors – and so I really did have to go it alone.

There’s still a stigma to self-publishing, which I understand and in some ways agree with. There are many books out there that are poor quality and bring the name of Independent Author into disrepute. They also clog up Amazon and ensure that the good independent books are almost impossible to find. However, when you do find them, you’ll find gems. They are not by celebrities who have a name to trade, or conveyor-belt fiction; they are often mould-breaking, exciting and different from what the main-stream publishing houses are putting out and I am proud to stand beside them.

It’s been a tough learning curve but other Indie authors have helped and advised and I’ve enjoyed almost all of it (just don't ask me about learning to format for printing!). Glory and riches were never my drivers, although I’d be lying if I said I didn’t get a kick out of seeing my books sell - but that's just the cherry on the top. All I want is to story-tell and for people to enjoy reading my work as much as I’ve enjoyed creating it.

I hope you do, but if not, I’d like to know. I’m good at taking feedback and, as any writer will tell you, the craft takes a lifetime of perfecting and you can only improve if people tell you what's not working.

And if you're an aspiring author yourself, I hope my story gives you courage. The road can be lonely at times and you have to have broad shoulders, grit and determination, but if there's a story burning inside you, waiting to be told, I suggest you go for it. You never know where it might lead...

Where to find Alex James online 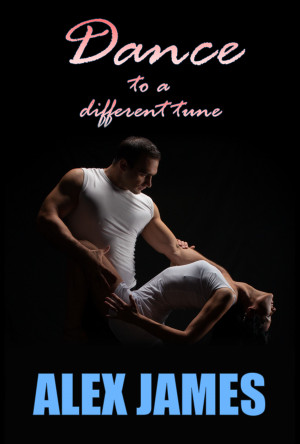 Dance to a Different Tune by Alex James
Price: $3.99 USD. Words: 124,050. Language: English. Published: December 1, 2016. Categories: Fiction » Romance » Contemporary
Everyone has a dream but for Emma Summers AKA Charlie Kane, her dream is dead. A bullying husband, life as a housewife and mother and a near-fatal car crash have left her self esteem at rock bottom. But then, she encounters Matvei Orlov, the UK’s leading Street Dancer, and dares to dream once more... 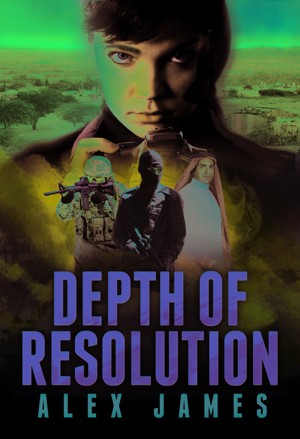 Depth of Resolution by Alex James
Price: $3.99 USD. Words: 130,430. Language: English. Published: December 3, 2013. Categories: Fiction » Adventure » Action
Rob Sanders and Sarah King are in trouble – with each other. As they both return to work, keen to put the train wreck of their relationship behind them, little could they know the scale of the forces arranging against them. 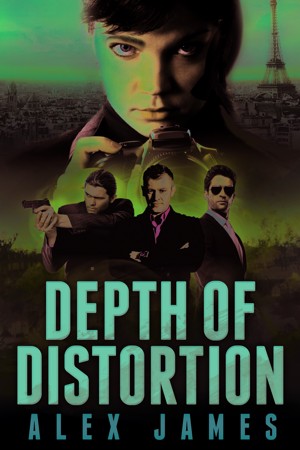 Depth of Distortion by Alex James
Price: $3.99 USD. Words: 131,690. Language: British English. Published: February 16, 2013. Categories: Fiction » Adventure » Action, Fiction » Women's fiction » General
This is the second book in the "Depth" trilogy. Sarah King returns to the UK a broken woman and suffering with PTSD. When the handsome Justin Farrington arrives on the scene he appears to be the perfect tonic but the call is still there and when an opportunity arises to go back to work she decides to give it one last shot... literally. 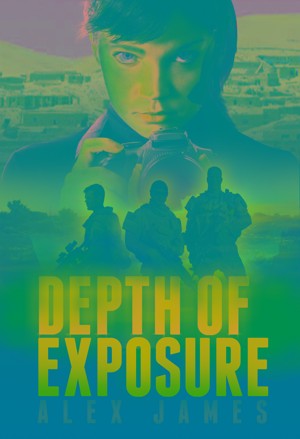