Alison “Cybera” Cybe is an Award nominated author who specializes in fantasy and horror fiction. They are the manager of the gaming website CybesWebsite.com in which they write articles, editorials, and reviews. Their first published work, a collection of short psychological horror stories, enjoyed a brief stint on the bestseller charts and was soon joined by many others, and their previous work has been featured in several horror and sci-fi/fantasy publications including Dark Cities and Phantasmagoria.

They work as a freelance writer for companies including tabletop RPG publishers Green Ronin Publishing, and has written extensively on inclusion and positive representation within the gaming community, and has contributed short fiction to multiple gaming publications. Their recent published works includes a series of LGBTQ+ comedy novels, Tales of Monsterotica published by Deep Desires Press, along with horror works for Weasel Press and comedy fiction for Thurston Howl Publications.

They were born in Scotland and live in England, and is a co-manager of a large gaming club. Their interests include Celtic mythology, transhumanism, garage kits, and pet rats, and they have a degree in Film & Media. Their pronouns are they/it and favorite color is green.

Where to find Alison Cybe online 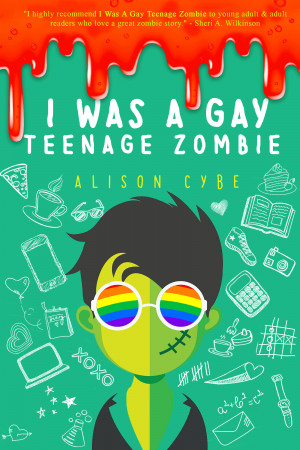 You have subscribed to alerts for Alison Cybe.

You have been added to Alison Cybe's favorite list.

You can also sign-up to receive email notifications whenever Alison Cybe releases a new book.