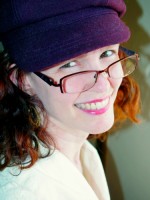 Alison Highland is the alter ego of a writer of fantasy and science fiction whose works have appeared through a major publisher, short story venues, and independent publishing. The writer isn't nearly as adventurous, fun, or sexy as her alter ego.

Where did you grow up, and how did this influence your writing?
I grew up in the Arizona desert, which is pretty funny since "Water Witch" is about a sea captain. I've only been on boats a few times, and I get horribly seasick. Going sailing in books was the only way I was going to do it, so when I had the opportunity to write about my sea captain, I really threw myself into the project.
What's the story behind your latest book?
Several years ago I was working on another project (under a different name) and I did a ton of research on ships and sailing. At the same time, I was wondering what I might write that would be... let's say... a tad more popular than the stuff I write under my other name. The answer was easy - romance!

The romance category was starting to change around that time: no longer did every romance novel have to fit the same formula of outspoken-but-innocent-woman/tall-dark-and-handsome-man/fall-in-love/HEA. I read a few books with characters I'd never seen in a romance before - Poison Study comes to mind - and I realized a sea captain would make a great heroine for a romance novel. That's not to say that my characters don't fall in love, or that there's no HEA (there is!) but I felt I had the freedom to write something a little different. Add a little fantasy (since I am a fantasy writer, after all, by any name) and I was ready to go!
Read more of this interview.

Where to find Alison Highland online 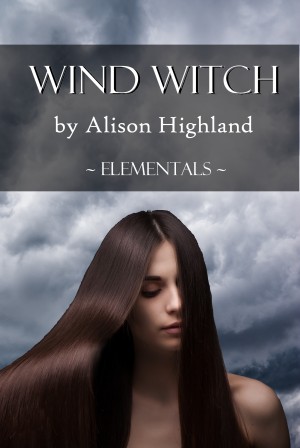 Wind Witch by Alison Highland
Price: $2.99 USD. Words: 83,750. Language: English. Published: March 31, 2016. Categories: Fiction » Romance » Fantasy, Fiction » Fantasy » General
She just wants to play music and use her powers over the wind to turn away suitors she doesn't really care for. But other witches keep trying to drag her into an ancient feud - and if she can't figure out why, it might mean her life. 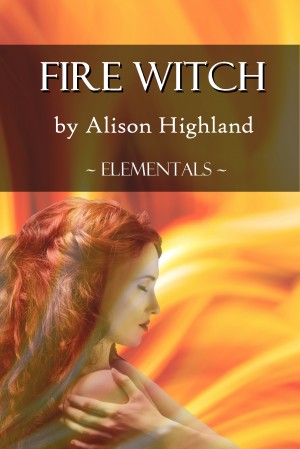 Fire Witch by Alison Highland
Price: $2.99 USD. Words: 94,860. Language: English. Published: October 16, 2015. Categories: Fiction » Romance » Fantasy, Fiction » Fantasy » General
She has played many roles - from queens on the stage to the real king’s most scandalous mistress. But now she must play the most difficult part of her life: embracing a power she has always hidden before. 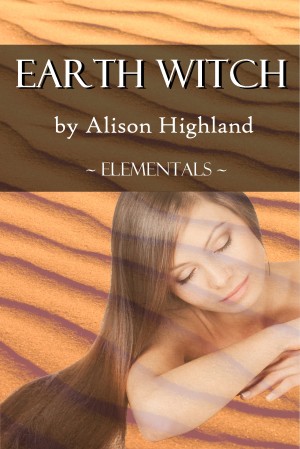 Earth Witch by Alison Highland
Price: $2.99 USD. Words: 91,630. Language: English. Published: June 30, 2015. Categories: Fiction » Romance » Fantasy, Fiction » Fantasy » General
She makes her living playing cards, but won't use magic because that's cheating. Then she runs into a prince and finds herself in the middle of a whole new game. 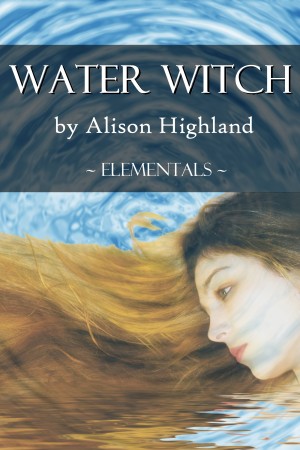 Water Witch by Alison Highland
Price: $2.99 USD. Words: 93,740. Language: English. Published: March 10, 2015. Categories: Fiction » Romance » Fantasy, Fiction » Fantasy » General
She’s a privateer captain who can move the water, and her next mission is to capture a pirate who’s more than what he seems.

You have subscribed to alerts for Alison Highland.

You have been added to Alison Highland's favorite list.

You can also sign-up to receive email notifications whenever Alison Highland releases a new book.