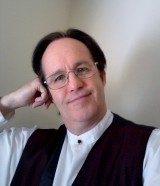 I was born and raised on Long Island New York. Always a dreamer I fell in love with Fantasy, Sci-Fi, and Horror shows and movies. Some of my favorite all time TV shows that I still watch on DVD are the original Dark Shadows, the original Twilight Zone series, Doctor Who, The Outer Limits (original) and many others.

I came to California in the mid 1980's with my Mom and one of my brothers. Once here, I fell in with a great crowd of Doctor Who fans who introduced me to other science fiction clubs and conventions. It was while attending the Sacramento Doctor Who Fan Club that I met my wife Helen. Together, we got into costuming and attending sci-fi conventions where I learned a great deal from authors, actors, and those folks in the special effects departments. All these experiences helped fire my imagination and I began writing short fan-fic stories for the club newsletters.

in 2008 my career in Real Estate took a downward spiral and I began to rewrite story-lines of shows to keep my spirits up. Soon I realized my rewriting efforts had taken on a completely different life from the original shows I was watching. Eventually, I began taking the story lines I'd created and re-populated them with original characters of my own. I brushed up on my grammar and began researching agents and publishing as well.

The result was my Para-Earth Series where I introduce both my characters and readers to a whole new take on the parallel world concept. To date I've produced two novels in this series and am currently working on my third book with more coming next year.

So pull up a chair and sit back as I share with you tales of ghosts, psychics, and mysterious beings unlike anything you've ever read before.

Where to find Allan Krummenacker online

AllanTheAuthor
These videos all come from my YouTube channel where I do a blog about writing and the things you have to take into consideration as you write. I also throw in some comedy bits just for giggles and to keep the videos from being too dry and serious. Enjoy. 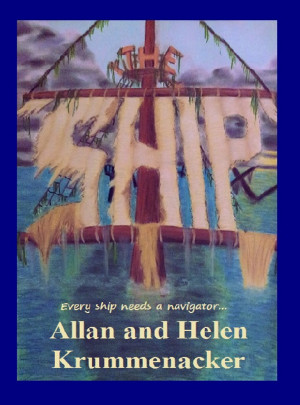 What starts as a simple surfing lesson, turns into a struggle for survival for billionaire heiress Cassandra Elliott and her new love interest the Seneca shamaness Julie Cloudfoot. Cassandra is knocked off her board by an unseen assailant that leaves a terrifying gash in her wetsuit, along with a small red mark on her leg. Soon, terrifying visions of a ghost ship begin haunting her dreams.

You have subscribed to alerts for Allan Krummenacker.

You have been added to Allan Krummenacker's favorite list.

You can also sign-up to receive email notifications whenever Allan Krummenacker releases a new book.