Amber Lea Easton is a multi-published fiction and nonfiction author. Smart is sexy, according to Easton, which is why she writes about strong female characters who have their flaws and challenges but ultimately persevere. She currently has multiple contemporary romance and romantic suspense novels out in the world: Kiss Me Slowly, Riptide, Reckless Endangerment, Anonymity, In Between, Dancing Barefoot, White Out, Proximity, Duplicity, One True Thing, Seducing the Flame, Mercy Upon Us, and Ex-Pat. Her memoir, Free Fall, is dedicated to suicide prevention, awareness, and helping others navigate the dark journey of grief. As a follow up to Free Fall, she released a collection of 107 inspirational essays in the nonfiction book, Fragments of Moxie.

In addition, Easton works as an editor, creativity coach, and professional speaker. She speaks on subjects ranging from writing to widowhood. Some of her videos on romance writing have appeared on the international Writers & Authors television network. Current radio appearances are linked via her author website, http://www.amberleaeaston.com.

Easton currently lives in Santa Fe, New Mexico. She finds inspiration from traveling, the people she meets, nature and life’s twists and turns. At the end of the day, as long as she's writing, she considers herself simply to be "a lucky lady liv'n the dream."

Wanderlust by Amber Lea Easton
Travel the world with a riveting romance adventure series where sizzling love stories meet breathtaking adventures! Exploring Mayan Ruins in Belize, cave diving in Costa Rica, trying to stay alive in the Cayman Islands--prepare for a heart pounding read! Each novel in the story can be read as a stand alone even though certain characters overlap.

Dancing Barefoot by Amber Lea Easton
A two part contemporary romance series that knows no boundaries, the Dancing Barefoot series is about breaking free from the status quo to embrace a life of extraordinary possibility. When two lovers from different continents meet in Italy, they are swept away in a passionate affair that makes them question the life they'd lived before. Tangled up with the expectations of others, they fight to find their way back to each other while those around them do whatever it takes to sabotage their love affair. 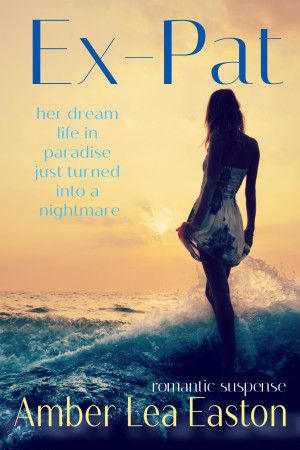 Ex-Pat by Amber Lea Easton
Price: $3.99 USD. Words: 40,650. Language: English. Published: June 28, 2019. Categories: Fiction » Romance » Suspense, Fiction » Romance » Action/adventure
Maggie Madison's dream life in paradise just became a nightmare. Her only hope to outwit and outrun the cartel is an undercover DEA agent. As they traverse a dangerous affair in the shadows, they know that they are risking their lives with every kiss. Can they escape the grip of a relentless crime syndicate as they succumb to the pull of desire? 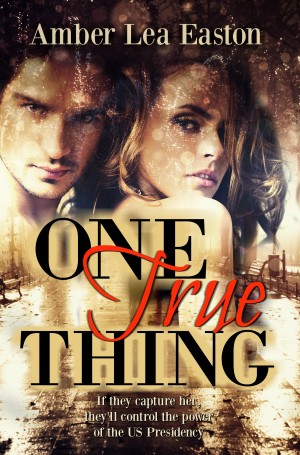 One True Thing by Amber Lea Easton
Price: $4.99 USD. Words: 77,920. Language: English. Published: March 21, 2016. Categories: Fiction » Romance » Suspense, Fiction » Thriller & suspense » Action & suspense
Vanessa Warren is America's favorite paparazzi princess and someone wants her dead. Daughter of a former US President and sister to a future one, her demise would bring down the White House. Dominic Varga--a stranger who simply wanted a date with a beautiful woman--becomes ensnared in the web of conspiracy and danger. Is there anywhere in the world that is safe when everyone knows your name? 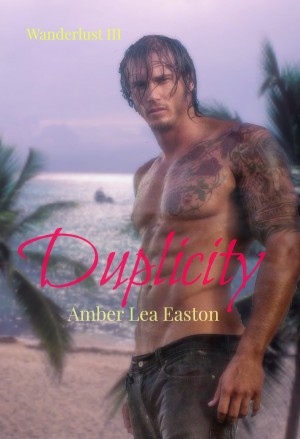 Duplicity by Amber Lea Easton
Series: Wanderlust. Price: $3.99 USD. Words: 51,020. Language: English. Published: July 11, 2015. Categories: Fiction » Romance » Action/adventure
Lexi Dubois is in trouble. Hunted by human traffickers and trapped on the island of Grand Cayman, she charters a boat to escape. The last thing she expects--or wants--is a torrid affair with the hot boat captain. The ocean is vast and unforgiving--will the captain's knowledge of the sea and her determination be enough to survive? 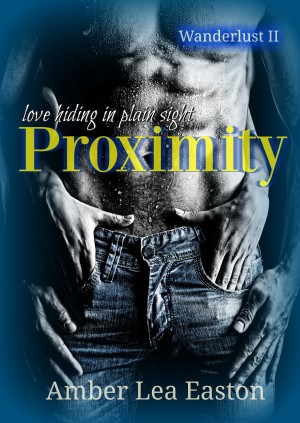 Proximity by Amber Lea Easton
Series: Wanderlust. Price: $3.99 USD. Words: 40,920. Language: English. Published: April 30, 2015. Categories: Fiction » Adventure » Travel, Fiction » Romance » Contemporary
Sometimes love is only a heartbeat away. When best friends and diving partners, Savannah and Bill, are trapped in an underground river during an earthquake, feelings erupt that cross the lines of friendship. But the question becomes...what's more dangerous? The earthquake that trapped them in a cave crumbling with aftershocks or love that could jeopardize a friendship? 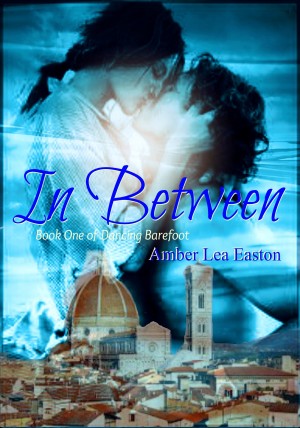 In Between by Amber Lea Easton
Series: Dancing Barefoot. Price: $2.99 USD. Words: 50,390. Language: English. Published: April 29, 2015. Categories: Fiction » Romance » Contemporary, Fiction » Women's fiction » General
Dreams and happily ever afters haven't been a part of Jessica Moriarty's belief system. When she's swept away by world-renowned photographer Jacques Sinclair during a summer in Italy, she begins to trust in the power of love only to be undermined by her past. Will they be able to conquer the naysayers and saboteurs to ultimately seize a life of extraordinary possibility? 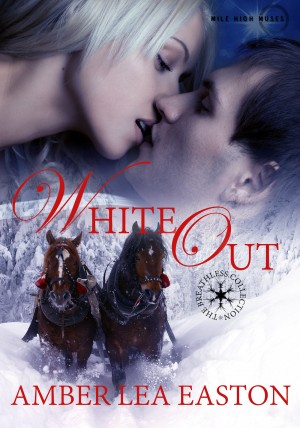 White Out by Amber Lea Easton
Price: $4.99 USD. Words: 47,860. Language: English. Published: December 13, 2014. Categories: Fiction » Romance » Suspense, Fiction » Holiday » Christmas
Secrets can be deadly. Brandi Simms has a lot to hide, but her cowboy neighbor is determined to strip away her barriers to get to the truth. A former Olympian, Ryan Landry doesn't give up on his goals or on the woman who's stolen his heart. Trapped in a whiteout blizzard with unseen threats lurking, will they get a chance to create a new beginning or will Brandi's past be the death of them? 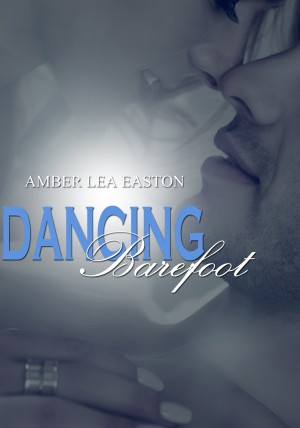 Dancing Barefoot by Amber Lea Easton
Series: Dancing Barefoot. Price: $4.99 USD. Words: 96,390. Language: English. Published: May 22, 2014. Categories: Fiction » Romance » Contemporary, Fiction » Romance » Suspense
Jessica Moriarty appears to have it all, but beneath her 'perfect life' facade lies regret for a lost love. When a chance meeting brings her face-to-face with Jacques Sinclair, the man she left five years prior, her carefully constructed world crumbles. Ensnared in a web of sabotage and conspiracy—constructed by people who want to control their lives—they fight to reclaim their love. 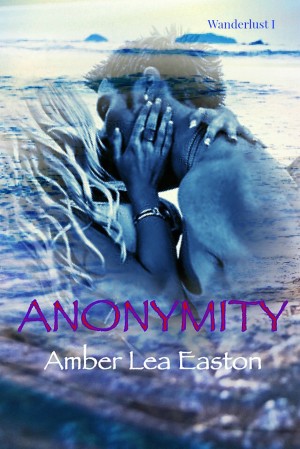 Anonymity by Amber Lea Easton
Series: Wanderlust. Price: $3.99 USD. Words: 40,920. Language: English. Published: December 19, 2013. Categories: Fiction » Romance » Contemporary, Fiction » Romance » Action/adventure
She's through with romance! Alyssa McNeil is on a mission of breaking free of her comfort zone, reinventing herself, and forgetting the fact that her ex is getting married on New Year's Eve. She's in Belize for a week of sun, fun, adventure, and flirtation. Meeting Luke is an unexpected bonus…falling in love with him, though, simply isn't part of the plan. 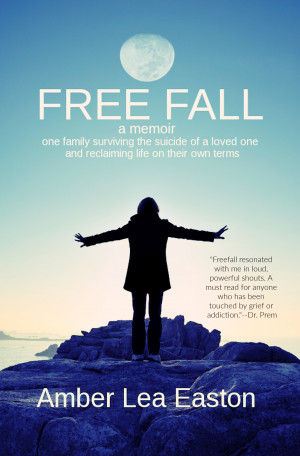 Free Fall is the journey of piecing our lives back together—triumphing over the stigma of 'suicide', overcoming children's anxiety as we traversed the brutal grief and trauma process, learning to say the words 'widow' and 'single mom' without cringing, surviving the fall out with friends and family who simply couldn't understand our healing process, forgiving my husband, and finding peace. 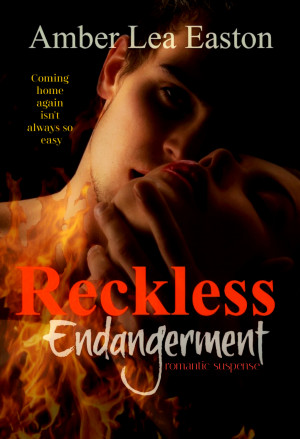 Sometimes heroes fall and take their loved ones down with them. Colonel Michael Cedars and reporter Hope Shane fell in love in a war zone, but then the world blew up and splintered their lives in two. The real battle begins back on US soil when they need to fight to hold their love together amidst a firestorm of conspiracy and murder. Has their love become a liability that could kill them both?

You have subscribed to alerts for Amber Lea Easton.

You have been added to Amber Lea Easton's favorite list.

You can also sign-up to receive email notifications whenever Amber Lea Easton releases a new book.