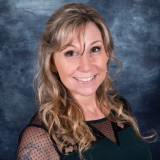 Amity Green was born in a small town in Colorado in the spring of 1971. She graduated high school in Kingman, Arizona in 1989. She started taking college courses in the fall of 1992 while working as a raft guide on the Arkansas River. Amity won her first writing award as an essayist in the fall of 1998 and continued college part time while raising her children and working as a haul truck driver in the mining industry. In the summer of 2006, she went to Austin, Texas to continue her education. She has studied Creative Writing and British Literature, including a stint in London during the summer of 2010, where she toured and studied theater and the history of English Literature. Amity returned to Colorado in late 2010, where she began her first novel, “Scales” which she outlined in Stratford Upon Avon while touring bookstores and playhouses. Since then, many of her short stories have appeared in numerous published anthologies and continue to appear in new publications. In 2014 she moved to Manitou Springs, Colorado, where she currently resides and continues to produce works of Urban Fantasy and Horror. Amity is a proud member of the Horror Writers Association and keeps steady attendance at local writers groups. A lover of animals, Amity is an advocate against animal abuse and assists with lost pets in her community.

Where to find Amity Green online

You have subscribed to Smashwords Alerts new release notifications for Amity Green.

You have been added to Amity Green's favorite list.

You can also sign-up to receive email notifications whenever Amity Green releases a new book.