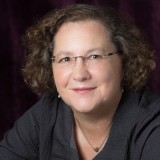 Anne Macdonald currently works as a writer and an IT Project Manager. She has worked in IT for the past 20 years and has been writing since the age of 10. Her work positions have been in higher education, law, banking in a variety of roles that include webmaster, Assistant CIO, legal assistant, and event planner.

She is currently working on a narrative non-fiction book based on letters from WWII her grandmother kept. These letters provide details and insights into what life was like during WWII when her grandfather was a Manhattan Project engineer, her uncle was one of the first members of the the ski troops that came to be known as the 10th Mountain Division, her father, who started working on Manhattan Projected related work as a teenager into his mid-twenties but rarely talked about it, and her grandmother, who kept the home fires burning.

DEADLINES ARE MURDER is her first book in the Sam (Samantha) Monroe mystery series. WEDDINGS ARE MURDER, the second in the series, was released in December 2016, and the third, TRIALS ARE MURDER, is anticipated in 2020. Sam Monroe is the protagonist and her extended family members and friends are featured in each story. Anne currently resides with her husband in a nice, quiet suburb of Boston, Massachusetts.

Her first short story was inspired by her love of history, particularly the American Revolution, her love of a good story and an active imagination. Her love of history led her to a BA and an MA in History. Her unpublished MA Thesis on Asher Benjamin, architect and builder, is held in several libraries around New England. Her active imagination and the love of a good story inspire her novels and short stories.

What motivated you to become an indie author?
I wanted to have control of my story. it sounds like what everyone says and it's true. While the traditional publication road can be helpful and financially successful, having full control of my book allowed me to fail or succeed on my own. I have been happy with my indie experience. Should someone offer me a 6-figure contract I might reconsider but until then I plan to continue as an indie author
How has Smashwords contributed to your success?
Smashwords has allowed me to publish my file and distribute to many avenues. I have recently updated my novel and now have premium status, which expands my distribution options.
Read more of this interview.

Where to find Anne Macdonald online 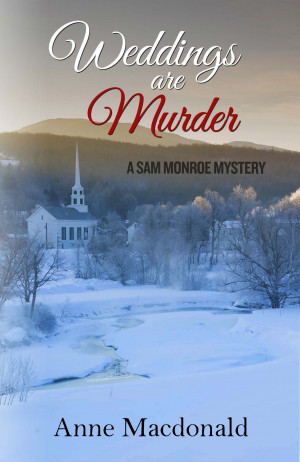 Weddings Are Murder: A Sam Monroe Mystery by Anne Macdonald
Price: $2.99 USD. Words: 80,530. Language: English. Published: July 14, 2017. Categories: Fiction » Mystery & detective » Amateur sleuth, Fiction » Holiday » Family
As she nears the church for the rehearsal, there's blood in the snow and an elderly woman standing motionless over a body, a dead body. Samantha "Sam" Monroe's plans for a quiet weekend in Vermont are slowly unraveling as she deals with a bridezilla, a bodyguard, her family, and an elderly woman wrongly accused of murder. 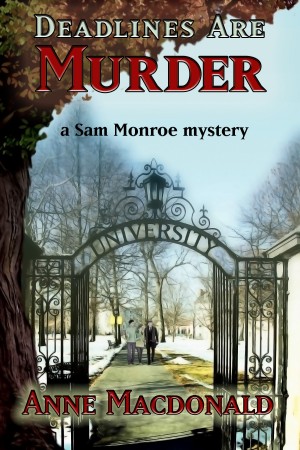 Deadlines Are Murder: A Sam Monroe Mystery by Anne Macdonald
Price: $0.99 USD. Words: 75,300. Language: English. Published: January 31, 2012. Categories: Fiction » Mystery & detective » Amateur sleuth, Fiction » Mystery & detective » Women Sleuths
Former banker turned budding romance novelist, Samantha 'Sam' Monroe is wanted in the murder of her soon to be ex-husband’s grad assistant and lover, Ariella Fantini, until she proves that she couldn't have committed the murder. Sam's snooping to help solve both Ariella's and now Jimmy's murders makes her the next target. Those around her scramble to find her before she becomes the next victim

You have subscribed to alerts for Anne Macdonald.

You have been added to Anne Macdonald's favorite list.

You can also sign-up to receive email notifications whenever Anne Macdonald releases a new book.