Dave Schwensen is an entertainment journalist, award-winning humor columnist, pop culture historian and nationally recognized comedy coach. His insider knowledge of the comedy industry was earned as talent coordinator for the television show "An Evening at the Improv", The Improv Comedy Clubs in Hollywood and New York City, and consultant for many television programs, networks and film studios. As a talent agent he has worked with comedians and humorous speakers in the corporate, college, special event and theater markets. Dave is also a corporate trainer (ice breaking skills) and entertainer.

Dave witnessed the excitement of Beatlemania when his parents took him to see The Beatles during their final tour. The memories inspired his best-selling books "The Beatles In Cleveland" and "The Beatles At Shea Stadium." His entertaining author presentations on both concerts include insider stories and rare concert films and are featured as online webinars and in-person events for schools, lifelong learners, libraries, festivals and special events. A FAB time is guaranteed for all. For more details and upcoming appearances visit the following website:

Where to find Dave Schwensen online

Comedy Workshop TV News Feature
TV News Feature: Dave Schwensen's comedy workshops at The Improv Comedy Club. Dave is the author of "How To Be A Working Comic: An Insider's Guide To A Career In Stand-Up Comedy," "Comedy FAQs And Answers: How The Stand-Up Biz Really Works" and "Comedy Workshop: Creating & Writing Comedy Material for Comedians & Humorous Speakers." 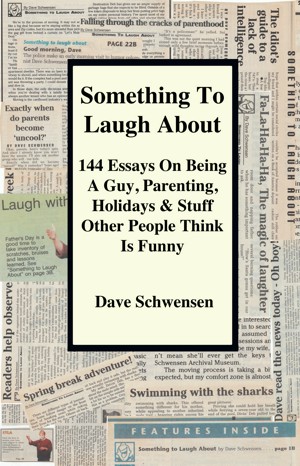 Something To Laugh About: 144 Essays On Being A Guy, Parenting, Holidays & Stuff Other People Think Is Funny by Dave Schwensen
Price: $9.99 USD. Words: 115,850. Language: English. Published: September 2, 2020. Categories: Fiction » Humor & comedy » General
A collection of 144 stories, experiences, observations, imaginations, exaggerations, lists, truths, half-truths, true lies and basically, stuff the author thought was funny enough to write about every week in his syndicated humor column. Each family-friendly 800 word effort is meant to show humor can often be found if we just take the time to stop, look and eavesdrop... uh, we mean listen! 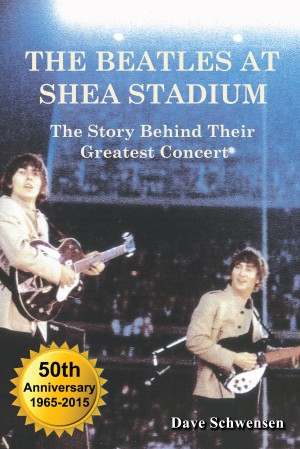 The Beatles At Shea Stadium: The Story Behind Their Greatest Concert by Dave Schwensen
Price: $9.99 USD. Words: 76,300. Language: English. Published: November 28, 2013. Categories: Nonfiction » Entertainment » Music
The concert that launched the modern era of outdoor stadium shows. This is the story behind the August 15, 1965 concert at New York's Shea Stadium - one of the most exciting events in Beatles and rock history - told through exclusive interviews and researched commentary. Book includes rare photos, memorabilia, and never-before published correspondence, documents and production notes. 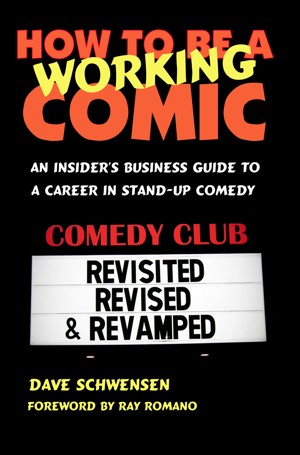 How To Be A Working Comic: An Insider's Business Guide To A Career In Stand-Up Comedy - Revisited, Revised & Revamped by Dave Schwensen
Price: $9.99 USD. Words: 75,690. Language: English. Published: June 18, 2013. Categories: Nonfiction » Career Guides » Entertainment, Nonfiction » Entertainment » Entertainment industry
The classic business book on stand-up comedy is back - revisited, revised and revamped. Considered "The Guidebook" by many aspiring and working comics, Dave Schwensen shares more insider advice than any other manual. Adding to the author's behind the scenes expertise are insightful and advice filled interviews with proven comedy talents and industry insiders. 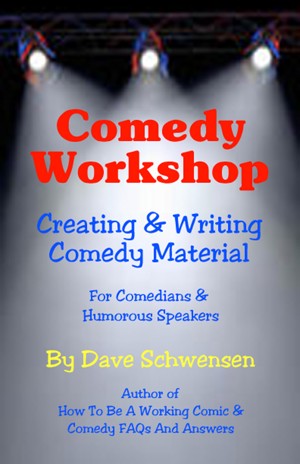 Comedy Workshop: Creating & Writing Comedy Material For Comedians & Humorous Speakers by Dave Schwensen
Price: $4.99 USD. Words: 16,260. Language: English. Published: May 25, 2013. Categories: Nonfiction » Career Guides » Entertainment, Nonfiction » Entertainment » Entertainment industry
Comedy material can come from just about anywhere when you know how to look for it. Learn to take creative ideas and real life experiences onto the comedy stage and speaker's platform. The author of "How To Be A Working Comic" and "Comedy FAQs And Answers" returns with an innovative guidebook dedicated to creating and writing original comedy material. 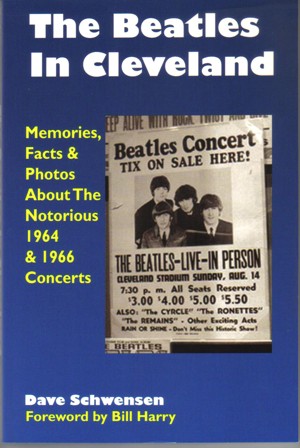 The Beatles In Cleveland: Memories, Facts & Photos About The Notorious 1964 & 1966 Concerts by Dave Schwensen
Price: $4.99 USD. Words: 46,470. Language: English. Published: November 19, 2011. Categories: Nonfiction » Music » Biography, Nonfiction » Entertainment » Music
Two of the wildest concerts in Beatles and rock'n roll history. Includes never before published photos of The Beatles and eyewitness accounts from promoters, opening acts, deejays, fans and others. A concert by The Beatles was not just about the music, but also the emotions stirred by the most influential group in the history of popular music. Foreword by Bill Harry, founder of "Mersey Beat."

You have subscribed to alerts for Dave Schwensen.