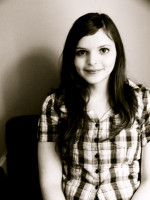 I’m an aspiring author and screenwriter currently living in different parts of the world. Since 2015, I’ve been travelling and experiencing collective living with friends, family and even strangers with one thing in common—meditation. I’m an active member and a volunteer for Sahaja Yoga Meditation, founded by H.H. Shri Mataji Nirmala Devi. I love traveling to SY seminars, festivals, concerts, even volunteering at schools for Inner Peace Day.

Learning about cultures, traditions, religions and even spirituality has given me perspective on my life as well as a sense of "the self." I try to capture all these experiences in my writing. For example, The Foragers is set in Japan, a country I visited and lived in for 3 months. I came to learn about the First Nations called Ainu. Not many people know about them, so I have mentioned them in the series. I&#39;ve also been to South Korea and witnessed the harshness of the forced military service on boys once they come of age. I portray this through another character. The Kan is actually a sixth sense/intuition that martial artists practiced in Japanese history. If you’re interested in connecting with me and reading more about how profits from paperback copies are being donated to Inner Peace, you can find the links in the next page.

Where to find Katherine Nader online

The Foragers by Katherine Nader
A group of contestants are multi-tasked to compete for the honor of becoming the Ultimate Forager. Among the contestants, two assassin clans seek recruits to win their battle for power over S.S.O. 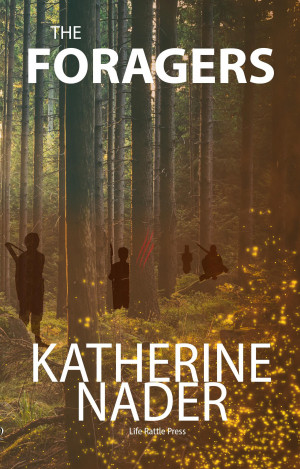 "...a brilliant re-imagining of the Hunger Games, replete with highly original characterizations and complex plot twists that make this sci fi thriller a must read."--Brent Fidler. "...dive into The Foragers Contest, where descendants of a royal samurai clan, the Ainu commune, a South Korean soldier, an American agent, and Japanese assassins work together to win." -GW

You have subscribed to alerts for Katherine Nader.

You have been added to Katherine Nader's favorite list.

You can also sign-up to receive email notifications whenever Katherine Nader releases a new book.