SamiJo Skinner is a novelist, playwright, poet and e-book author. Her romance vampire series e-book, Martini Moon is published by Smashwords.
Her latest project is a sequel to Martini Moon that will be published later this year. 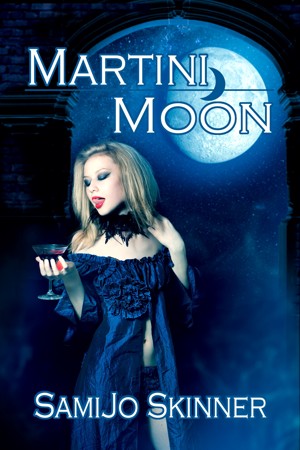 Martini Moon by samijo skinner
Price: $0.99 USD. Words: 81,780. Language: American English. Published: February 4, 2013. Categories: Fiction » Romance » Fantasy
Martini Moon is the first in a series of vampire love stories. Steve and Lisa fall in love. Steve does not reveal to Lisa that he is a changer, an apprentice vampire. Steve was kidnapped when he was a young boy by Monica a female vampire. Monica has been waiting for the day to put Steve to the ultimate test of losing what he most cherishes, his love Lisa. Steve's dilemma kill or be killed.

You have subscribed to alerts for samijo skinner.

You have been added to samijo skinner's favorite list.

You can also sign-up to receive email notifications whenever samijo skinner releases a new book.