Multi-genre author of SSF, Dark Fantasy, Psych Horror, LGBT+ Romance, focusing on the psychology of characters. All my books can be found on Amazon.

More of a goat than a black sheep, Sahreth 'Baphy' Bowden has spent the majority of his life struggling with physical and mental health while dreaming of being able to share the universes created in his mind with others. A born and bred Arkansan, small town life suits Sahreth best, where he can focus on his family of cats, rats, dogs, snake, possum, and of course, his loving wife of 10 years.

Having struggled with Schizoaffective Disorder and PTSD for the larger portion of his life, Sahreth finds it important to promote mental health awareness, working also to erase the many negative stigmas surrounding mental illness. Another goal dear to him is the achievement of a COEXIST culture amongst those with differing religious, political, and philosophical mindsets as well as those from different backgrounds and lifestyles including race, gender, identity, and orientation.

Sahreth is the author of the science social fiction trilogy 'Visitor's Blood,' which was his first major project as a writer. He has also published psychological horror shorts and LGBT+ paranormal romance and has plans for countless more books in the same categories as well as fantasy, gritty realistic fiction, and autobiographical nonfiction. 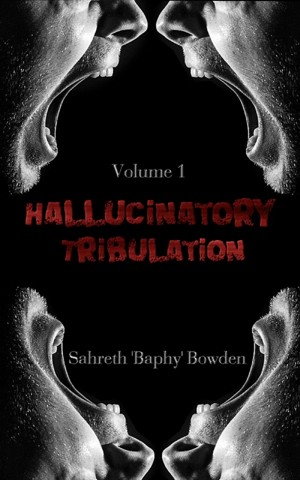 Inspired by the author's own struggles with mental illness, Hallucinatory Tribulation is an anthology of short psychological horror stories which revolve around the mind, mental health, the human experience, and human perception of existence. 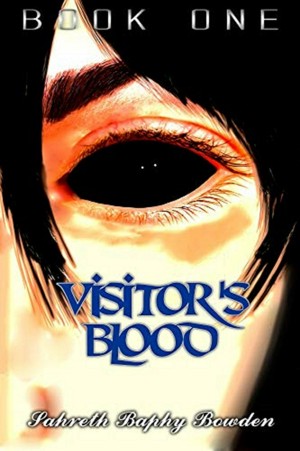 When an alien craft lands on planet Earth, Maj. John and Dr. Connie Shinn are eager to learn about its all-too-human passengers. However, when the peaceful aliens are forced into further compliance, the Earthlings are thrown into an unimaginable battle against one of the passengers...a vampire. BOOK 2: BORROWED LOYALTY IS AVAILABLE ON AMAZON IN EBOOK & PAPERBACK. Book 3 coming soon.

You have subscribed to alerts for Sahreth 'Baphy' Bowden.

You have been added to Sahreth 'Baphy' Bowden's favorite list.

You can also sign-up to receive email notifications whenever Sahreth 'Baphy' Bowden releases a new book.