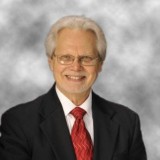 John E. Anderson has founded five companies, two of which he sold. John is president/CEO at the management consultancy Be Cause Business Resources, Inc., specialists in small business value optimization, smooth leadership succession and successful owner exit. He's a regular contributor to business journals, speaks to trade associations, teaches operations management at the university level, and is president of the Institute of Management Consultants for Oregon and Washington.

He was born in Syracuse, New York. He graduated from Jersey Preparatory School in 1964 and from Monmouth College in 1967 with an Associate of Arts majoring in English. In 1969 John earned a Bachelor of Arts degree in philosophy at Bloomfield College, Bloomfield New Jersey.

Newspaper/Trade Paper Editor
After six months reporting and editing at two weekly papers - the Newark Record and Bellevue Times - John was a staff writer at daily Passaic-Clifton Herald News while attending Bloomfield College. Upon graduation, John became a writer and editor at Fairchild Publishing, New York at the daily trade paper, "Home Furnishings Daily," from 1969 to 1971.

Between 1969 and 1972, John completed a full curriculum of philosophy and anthropology graduate courses at the New School For Social Research in New York, studying with philosophers Hannah Arendt, Hans Jonas, Aaron Gurvitch and the anthropologist Stanley Diamond.

Founding & Selling Ventures
John resigned from Fairchild, traveled, and then with a friend, Steven Finkelstein founded and operated Unison Natural Foods in Middletown, New York during 1971 and 1972. He later worked with his family in Anderson Travel Agency.

Between 1986 and 1989, John studied accounting and finance, passed the H&R Block tax course, and health/life insurance license examinations. He worked with an insurance agency in Florida and wrote business plans for clients' marketing, finance and retirement. Between 1989 and 2001, John moved to Oregon and published greeting card lines for 12+ artists which he marketed with the gift lines of many artisans to 1,000 independent retail stores coast-to-coast.

Int'l Consulting Group & Masters Degree
From 2001 to 2005, John worked for an international management consulting firm appraising, hundreds of businesses and earning a Master of Science degree in management from Antioch University in Seattle with two professional certifications in change management. John founded Be Cause Business Resources in 2003 after studying coaching and large system facilitation.
He's been a member of Toastmasters International Early Words club in Longview, Washington since 2009. He served as Public Relations Officer in 2014 - 2015 for Oregon and SW Washington, achieving the highest honor of Distinguished Toastmaster in 2015. At Early Words, he's a past president and has held various vice president roles. John has been a professional member of the Institute of Management Consultants since 2007, and served as Membership Chair on the Oregon - SW Washington board for three years and as president from 2016 to the present. He received national recognition from IMC for doubling chapter membership. John facilitated the monthly non-profit speakers' series at the Thursday Member Focus, Vancouver 2013-2016. At the Carson College of Business, Washington State University-Vancouver, John volunteered as a mentor to students and their business clients in the Business Growth Mentor and Analysis Program from 2015-2017. He taught management operations as an adjunct professor in 2017.

John had developed a broad range of services for Be Cause Business clients in Oregon, Washington, California, and other states with a focus upon organization optimization, staff succession with leadership transition and successful owner/partner exit. 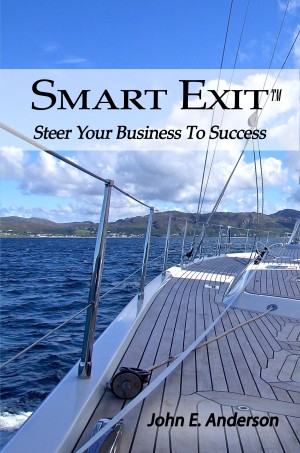 You have subscribed to alerts for John E. Anderson.

You have been added to John E. Anderson's favorite list.

You can also sign-up to receive email notifications whenever John E. Anderson releases a new book.