Bernadine Fagan has written short stories for "Woman's World" and other magazines. She's a former science teacher who has taught biology, physical science and earth science. Yes, she misses it, but she enjoys her new writing career, too.
She particularly enjoys writing the humorous sections of her books and has been known to laugh out loud (loudly, it must be noted) while in front of her computer.
Sometimes writing is fun.

Where to find Bernadine Fagan online 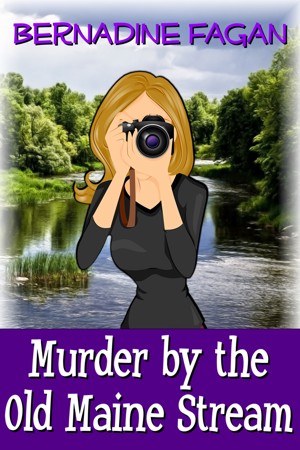 If ever a woman was not cut out for life in a backwoods town in Maine it's chic city woman Nora Lassiter. If ever there was a misunderstanding about what a woman does for a living, the very idea that Nora could be a "hotshot New York detective" takes the cake. But when she stumbles upon a body in the woods, and her uncle becomes a suspect, her plans to return to the city are put on hold.

You have subscribed to alerts for Bernadine Fagan.

You have been added to Bernadine Fagan's favorite list.

You can also sign-up to receive email notifications whenever Bernadine Fagan releases a new book.