When not writing gags, photographing Chicago or being bitter and disillusioned, Bill finds his charity work with the elderly quite rewarding. Once a week he takes his dear, feeble, white-haired mother, Josephine, to Denny's for a "Moons Over My Hammy".

Bill has no vices. His hobbies include smoking, drinking and Facebooking 24/7.

Bill lives by the motto, "If you can't beat 'em, mock 'em, then ridicule 'em on the Facebook Social Media Network until they unfriend and block you."

What inspires you to get out of bed each day?
The mortgage.
When you're not writing, how do you spend your time?
Facebooking, cooking and devil worshipping.
Read more of this interview.

Where to find Bill Linden online 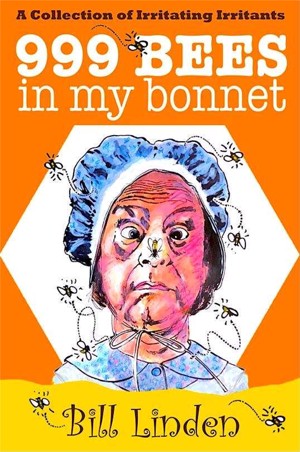 Bill Linden's been a pirate, a poet, a pawn and a king (not to mention gag writer for major comic strips and Chicago Sun Times art director!). His many adventures have taught him a lot—about what drives him nuts! Whether it's the double-crossing staff at Traitor Joe’s, reptile dysfunction, "Northern" fried chicken, or seven-year jock itch, Bill's got a gripe to crack you up.

You have subscribed to alerts for Bill Linden.

You have been added to Bill Linden's favorite list.

You can also sign-up to receive email notifications whenever Bill Linden releases a new book.