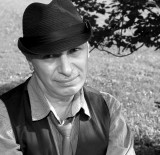 I've published a number of short stories, and authored five novels, and five screenplays. I'm a former board member of the Chicago's Screenwriter Network, where I lectured on the history of science fiction, horror, and fantasy in films, as well as on writing screenplays. I'm also a former rock and roll guitarist and songwriter from the Golden Age of 1964-1984.

MAD SHADOWS: THE WEIRD TALES OF DORGO THE DOWSER, is my first novel, published by iUniverse. It's epic Heroic Fantasy with a film noir edge. It can be purchased from Amazon.com in both paperback, hardcover and Kindle editions. Winner of the 2017 Golden Book Readers' Choice Award for Best Fantasy.

THREE AGAINST THE STARS is my second novel, an old-fashioned space opera published by Airship 27 Productions. It's available now from Amazon.com, in both paperback and Kindle editions.

WATERS OF DARKNESS, co-authored with David C. Smith, (Dark Muse, Call of Shadows, Fall of the First World Trilogy), is a swashbuckling pirate adventure of swords, sorcery, and Lovecraftian horror. It's now available in both paperback and Kindle editions thru Amazon.com

MAD SHADOWS II: DORGO THE DOWSER AND THE ORDER OF THE SERPENT, my fourth novel, has just been published. It's another Heroic Fantasy with a film noir twist, with more magic, murder, mystery and mayhem all brought to you courtesy of Dorgo the Dowser. Semi-Finalist in the 2017 Golden Book "Golden Quill Award for Best Fantasy."

THREE GHOSTS IN A BLACK PUMPKIN is my first collaboration with acclaimed author and illustrator, Erika M Szabo. This is also my first children's book, appropriate for ages 6 - 14, and adults may enjoy it, too. This is fantasy about two cousins, Nikki and Jack, who find a talking wind chime in the shape of a silver skeleton named Wishbone Jones, and a black pumpkin in which the ghosts of the three good Wishmothers have been imprison. To free them, Nikki Jack travel to the magical world of Creepy Hollow, where they face all sorts of dangers and tests, and along the way, learn a few lessons about life and growing up. Winner of the 2017 Golden Book Judges' Choice Award for Best Children's Fantasy.

THE POWER OF THE SAPPHIRE WAND (Creep Hollow Adventures Book 2) is Erika M Szabo's and my sequel to "Three Ghosts in a Black Pumpkin." Nikki and Jack return to Creepy Hollow in this new, action-packed fantasy adventure for middle-grade children and young adults. On her 13th birthday, Nikki discovers she has magical powers. During a surprise attack by the giant Mutanto, his henchmen Howler and a gang of Werewolves, Wishbone, Ghoulina and Catman arrive to save the kids and tell them about Evila the Grim Witch’s plans to conquer Creepy Hollow. Nikki also learns the truth about what happened to her parents twelve years ago. She and Jack go back to Creepy Hollow with their friends to help them defeat Evila. Jack discovers he can talk to animals when they meet a herd of Wild Horses and he becomes friends with Champ, the clumsy young colt, and Sparky, the orphaned dragon. Together, Nikki and Jack conquer their fears and gain courage, and in the final battle against Evila and her minions they grow into the warriors they were destined to become.

THE BLOOD OF THE LION, my first sword and soul heroic fantasy tale, appears in the Sword and Soul Fantasy anthology GRIOTS 2: SISTERS OF THE SPEAR, edited by Charles Saunders and Milton Davis. Available thru Amazon.com in both paperback and Kindle editions.

My story, SINBAD AND THE GOLDEN FLEECE, appears in the shared-world anthology, SINBAD: THE NEW VOYAGES, VOL. 4, published by Airship 27 Productions. Available in paperback and Kindle editions from Amazon.com.

My story, "The Dragon's Horde," has been published in HEROIKA 1: DRAGON EATERS. This is a brand-new series of all-original Heroic Fantasy tales created and edited by author Janet Morris and published by Perseid Press. Available in paperback and Kindle editions.

AS EDITOR:
"Hello, My Name is Max, and I Have Autism: An Insight into the Autistic Mind," written and with drawings by Max Miller. Foreword and Afterword by his Mom, Rebecca Miller. Available from Amazon in paperback and Kindle editions.

"Being Max's Mom," by Rebecca Miller. This is Rebecca's very personal story of bringing her son, Max, into the world, of his being diagnosed with autism at the age of 4, and how she fought to do the best and find the best for her son. Available from Amazon in paperback and Kindle editions.

"The Kitchen Imps," and "Tales of Erana: The Warrior's Curse," BY A.L. Butcher.

"Vampire Therapy: The Chronicles of the Cat's Ass Boutique ~ Seasons and Reasons ~" by Shebat Legion, as well as her children's book, "The Fork Tree." Please visit Shebat's Amazon page at: http://www.amazon.com/Shebat-Legion/e/B00BUARZAM

Where to find Joe Bonadonna online 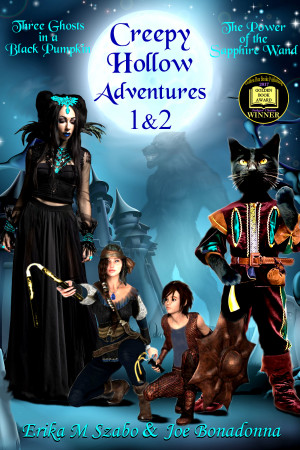 Creepy Hollow Adventures 1 and 2 by Erika M Szabo & Joe Bonadonna
Price: $3.99 USD. Words: 79,010. Language: English. Published: January 4, 2018. Categories: Fiction » Young adult or teen » Fantasy, Fiction » Adventure » Action
The ghosts of the Trinity of Wishmothers are trapped. The children offer their help, so the talking skeleton takes them on a journey to the realm of Creepy Hollow. Righteous motivations drive Jack and Nikki: to protect the weak, confront evil, conquer their fears, and gain courage. In the battle against Evila and her minions they grow into the warriors they were destined to become. 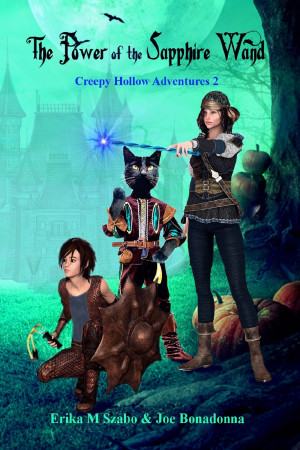 The Power of the Sapphire Wand by Erika M Szabo & Joe Bonadonna
Price: $2.99 USD. Words: 49,520. Language: English. Published: October 2, 2017. Categories: Fiction » Young adult or teen » Fantasy, Fiction » Children’s books » Fiction
Nikki and Jack return to Creepy Hollow in this action-packed fantasy adventure. Nikki discovers she has magical powers, Mutanto and his minions attack them and they find out the Grim Witch’s plans to conquer Creepy Hollow. Nikki learns what happened to her parents.They conquer their fears and gain courage, and go into battle against Evila with their friends Ghoulina, Wishbone, and Catman. 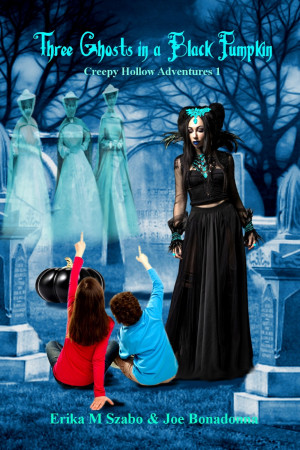 Golden Book Award Winner. Spooky and funny fantasy adventure for middle-grade children. Nikki and Jack, find a mysterious black pumpkin in the forest on Halloween. The Trinity of Wishmothers are trapped inside the pumpkin and can’t be freed without their wands. They go on a journey to Creepy Hollow with Wishbone, Ghoulina, and Catman to retrieve the wands.

You have subscribed to alerts for Joe Bonadonna.

You have been added to Joe Bonadonna's favorite list.

You can also sign-up to receive email notifications whenever Joe Bonadonna releases a new book.