Brahma Thomas is an author, writer, lyricist, scriptwriter, poet, and all that got to do with words, but just short of a Wordsmith for that title is already taken. He can write anything as long as the creative juice flows and the tank is always full, supplied by an infinite source. He can write for you, me, and anyone, producing and publishing a book just from your notes. A qualified engineer and paramedic, he freelances.

Where to find Brahma Thomas online 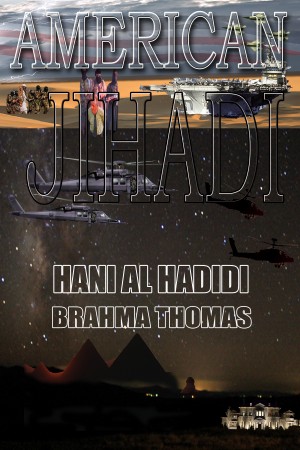 American Jihadi by Brahma Thomas & Hani Al Hadidi
Price: $13.25 USD. Words: 138,990. Language: American English. Published: April 27, 2015. Categories: Fiction » Thriller & suspense » Spies & espionage, Fiction » Thriller & suspense » Action & suspense
John Madison, All-American, hated Muslims and Islam, and put them in the same sentence that ended with Terrorists and Terrorism. But when he was subjected to reality he learns the truth. From the heart of a true Muslim, when seeds of peace poured in the wind to land on the fertile fields of American minds, he changes for the better, for he is a good soul, a good American, an AMERICAN JIHADI.

You have subscribed to alerts for Brahma Thomas.

You have been added to Brahma Thomas's favorite list.

You can also sign-up to receive email notifications whenever Brahma Thomas releases a new book.