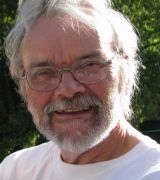 What book marketing techniques have been most effective for you?
Personal contacts and newspaper interviews, plus working with local libraries.
What is your e-reading device of choice?
I use my desktop computer using Adobe Digital Editions. I have now purchased an android device and will try that for my "emergency" reading.
Read more of this interview.

Where to find Don Hayward online 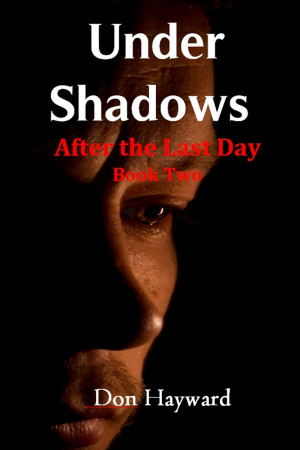 Under Shadows by Don Hayward
Price: $1.99 USD. Words: 105,530. Language: English. Published: April 28, 2020. Categories: Fiction » Alternative history
Three years after fleeing for their lives from fascists attempting to conquer Ontario, several families joined the struggle of the free territory of Huron against that same threat of extinction. This culminated in a great battle when the existence of Huron hung in the balance, only to be decided by unexpected forces that gave respite but left lingering shadows. 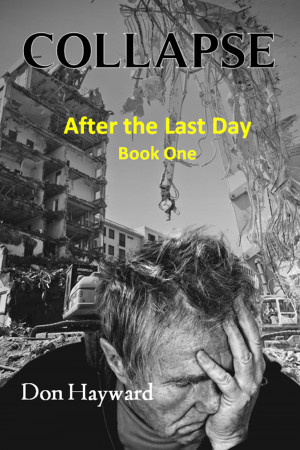 Collapse: After the Last Day Book One by Don Hayward
Price: Free! Words: 102,550. Language: English. Published: October 28, 2019. Categories: Fiction » Alternative history, Fiction » Science fiction » Utopias & dystopias
When global economic collapse hits a small town in Dufferin County, Ontario, Canada, many residents flee in search of relief while others choose more horrible solutions. Some local residents band together to survive, but their efforts are threatened by an elite that sees collapse as a chance to take control. They flee to the free enclave of Huron Territory to escape the brutal dictatorship. 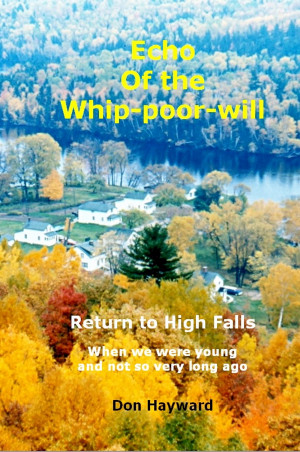 Echo of the Whip-poor-Will by Don Hayward
Price: $1.99 USD. Words: 49,860. Language: English. Published: March 2, 2019. Categories: Fiction » Historical » Canada
Don Hayard's memories of his early life in High Falls Ontario on the Spanish river framed as a fictional return to the disappeared town sometime in the early 2000s. The span of memory is from about 1948 to 1961. 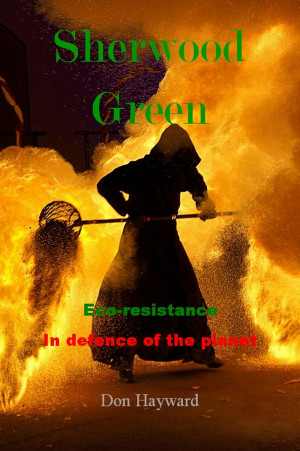 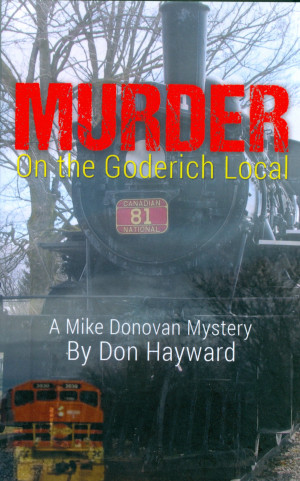 Murder On the Goderich Local by Don Hayward
Price: $0.99 USD. Words: 55,810. Language: English. Published: January 13, 2018. Categories: Fiction » Mystery & detective » Cozy
The clash of diesel and steam mixed with lust, hate, greed and fear result in murder. The investigation by an ex- RCMP railway cop with his own agenda leads to a bitter-sweet outcome. 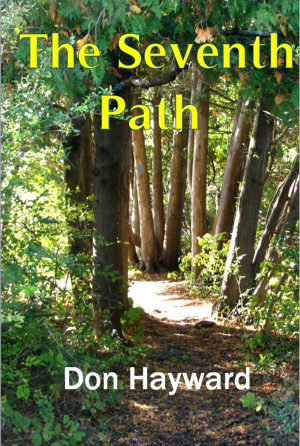 The Seventh Path by Don Hayward
Price: $2.99 USD. Words: 78,590. Language: Canadian English. Published: February 26, 2017. Categories: Fiction » Alternative history
A century and a half after the collapse of global industrialism a young girl is given the quest to keep humanity from repeating the disaster. She must find the light of wisdom that balances mysticism and science. To do so she is forced to choose between personal safety and success. 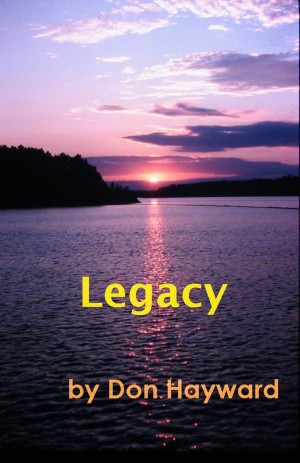 Legacy is based on a scenario in my major novel, After the Last Day. It is the story of the people who were left to guard nuclear waste buried in an abandoned mine near Sudbury Ontario. One thousand years later, when the knowledge of the purpose of the mine has been lost and the containment is failing, one person discovers the danger and vainly tries to warn his fellow villagers. 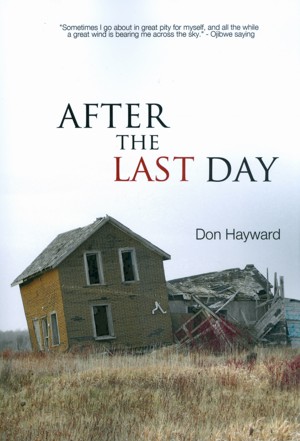 The world descends into murderous chaos after a global economic disaster. This is the story of progressive people in the Great Lakes basin banding together to survive. Resisting evil dictatorship and internal dissent, they struggle to create local territories that promise a livable future unencumbered by the shadows of the past.