Dr D. Bruno Starrs was born in Adelaide, South Australia, in a hospital. It was a year he cannot remember very well. He is happily married but childless (thankfully so, if the reader is a believer in the principles of Darwinian evolution) and irresponsibly itinerant compared to most people of his alleged experience and advanced age. It must also be noted that Dr Starrs is a mongrel of a human: his ancestry is a mix of Irish, Maltese and Indigenous Australian.
Regardless to an annoying tendency to waffle on unintelligibly as he attempts to explain various tangential dissertations related to media and pop culture, Starrs has somehow passed all examinations and succeeded in graduating from six Australian universities. His qualifications include two Masters degrees and a PhD from highly reputable Australian universities. Despite such a thorough education his verbal diarrhoea has yet to be cured.
His hobbies include natural bodybuilding (he was runner-up in the Over 50s class at the NABBA 2013 Mr Australia titles and a competitor in the NABBA 2015 Over 50s Amateur Mr Universe), traveling, cooking/eating good food and, duh: writing.
His most recent e-novel "The Roaring of the Bulls" (Starrs via Kindle, 2017) was preceded by "Bollywood Extras" (Starrs via Smashwords, 2012) which was preceded by the paperback and e-novel "That Blackfella Bloodsucka Dance!" (First Edition: Just Fiction Edition, Germany, 2011. Second Edition: Starrs via Smashwords, 2012). This early epoch of Starrs' writing life included the creation of unique "Ugly drivel" such as a collection of writing for the theatre entitled "Suicide Plays" (VDM Verlag, Germany, 2009). His first full-length novel was "I Woke Up Feeling Thailand" (First Edition: Sid Harta Publishing, Australia, 2004. Second Edition: Starrs via Smashwords, 2012).
Dr Starrs has published extensively in non-fiction too, with many peer-reviewed film, media and/or cultural studies journal articles and book chapters to his name, as well as the academic textbook "The Films of Rolf de Heer" (First Edition: VDM Verlag, Germany 2009. Third Edition: Starrs via Smashwords, 2015).
In 2015 and 2016 he won the Dungala-Kaeila Prize for two selections of creative writing from "The Roaring of the Bulls". In 2015 he won the 'Overall Best Production' award at the Manila Short + Sweet International Theatre Festival for his stage-play "Voicing up the Marriage".
Would-be stalkers please note: Dr Starrs can be difficult to physically locate, sometimes. When not sequestered away in some wretched garret, filthy and unshaven (but ever so happily writing), he can usually be found teaching English Literature/Creative Writing, Cinema or Media Studies at various Australian universities or somewhere in deepest, darkest - and preferably - weirdest South-East Asia. And would-be stalkers please also note: Dr Starrs has a very efficient bodyguard, his beautiful, strong Filipina wife, Melissa Starrs. 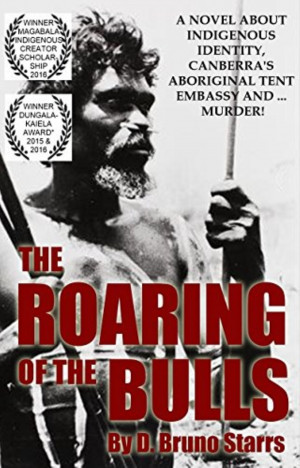 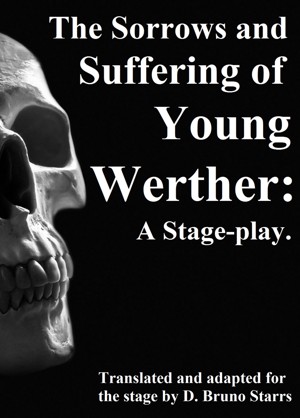 The Sorrows and Suffering of Young Werther: A Stage-play by Dr D. Bruno Starrs
Price: Free! Words: 14,020. Language: English. Published: January 20, 2013. Categories: Plays » European / German, Plays » Australian & Oceanian
This two act stage-play is an English translation and stage adaptation of Johann Wolfgang von Goethe's 1774 novella "Die Leiden des jungen Werthers". It was first published in the April 2004 issue of "Ygdrasil: A Journal of the Poetic Arts" (online, Ottawa, Canada. K. Gerken [ed]). There are no fees to perform this play so long as all actors have a legally obtained copy. 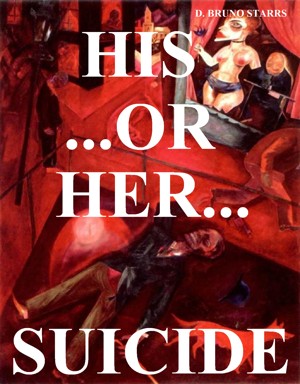 A short play about suicide, written in the absurdist tradition. First published in "Antithesis" by the University of Melbourne English Department, 14, 2004, pp. 151-155. There are no fees for production of this play, as long as the author is correctly attributed, no major changes are made without permission from the author and the author is informed of the play's public performance/s. 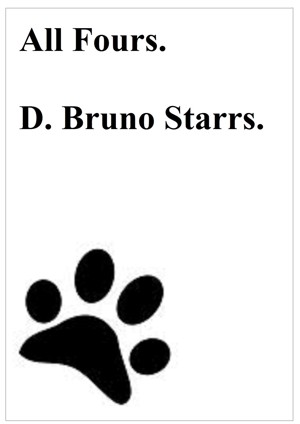 A short play about gender differences, written in the absurdist tradition. First published in "Movimiento Paroxista Revista Literatura" (online) by the Universidad Autónoma de Madrid, the Universidad Nacional Autónoma de México and the University of North Carolina, 1.1, 2011, pp. 17-25. This play may be performed royalty free. 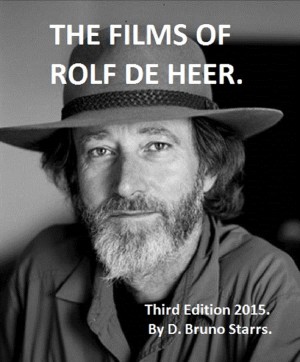 Rolf de Heer is Australia’s most successful and unpredictable film-maker, with 15 feature films of widely varying style and genre to his name. This comprehensive auteur analysis of his oeuvre (first published in 2009), suggests that there is a signature world view to be detected in most of his work, and that he promotes unlikely protagonists who are non-hyper masculine, child-like and nurturing. 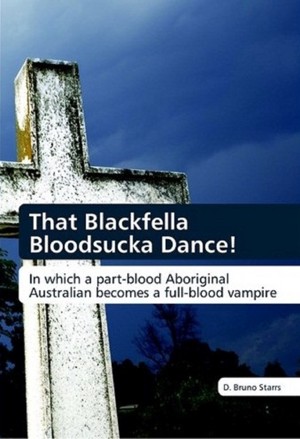 "That Blackfella Bloodsucka Dance!" is a novel about a 'part-blood' Aboriginal Australian who becomes a 'full-blood' vampire and sets out to conquer Islamic Morocco with his love, Maria, who just happens to be ... the Anti-Christ. 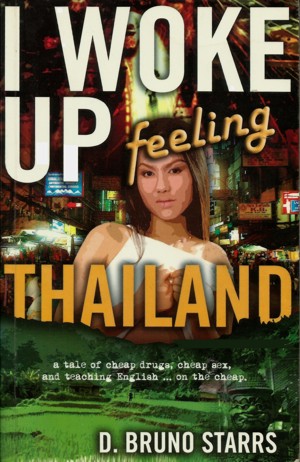 A hilarious tale of cheap drugs, cheap sex and teaching English - on the cheap! 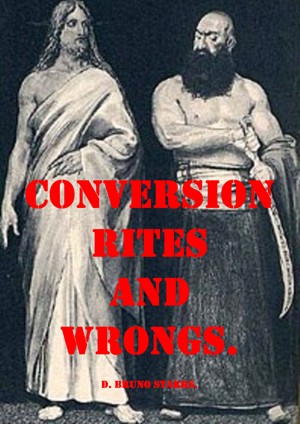 "Conversion Rites and Wrongs" won the author the "Best Director" award when performed in Sydney's "Crash Test Drama" in 2012. It is a short play for a man and a woman, in which they discuss the pros and cons of converting to Islam. It is meanty to be comedic, not didactic. There are no fees for performance as long as the author is correctly attributed. 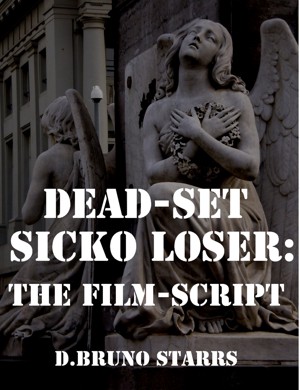 This is the script for a short film, with one male and two female characters. Although it deals with the subject of pedophilia, it is not a work of erotica. There are no fees for production of this film-script, as long as the author is correctly attributed, no major changes are made without permission from the author and the author is informed of the film's public screening/s. 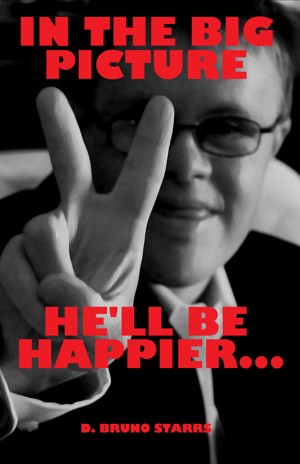 "In The Big Picture, He'll Be Happier..." is the touching story of how one family deals with a mentally challenged loved one: A short play for two females and two males. This play is free of charge to perform as long as authorship is correctly attributed, no major changes are made without the author's permission, and the author is kept informed regarding any public performance/s. 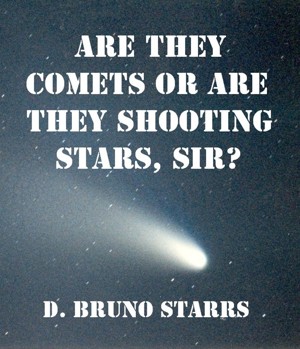 This a short play for two actors that follows a school-age boyfriend and girlfriend through a break-up. Suitable for all ages. No performance fee required as long as authorial attribution is correctly used. 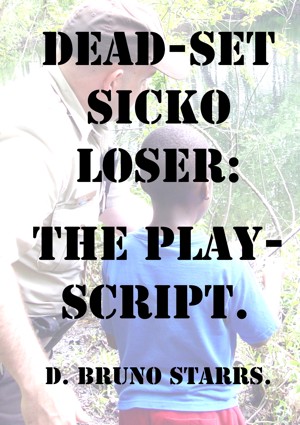 This is a short, dark, almost didactic stage play about the subject of pedophilia. There are three characters, one male, two female, and this play is free of charge to perform as long as authorship is correctly attributed and the author is informed of all performance details. 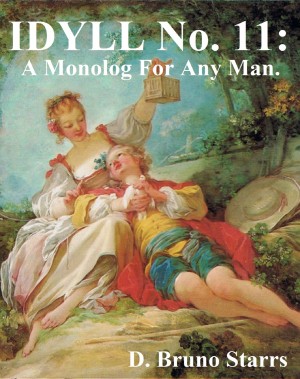 "Idyll No. 11: A Monolog for Any Man" is a short play consisting of a monolog in which the male character admits his horrible secret. This play is free of charge to perform as long as authorship is correctly attributed, no major changes are made without the author's permission, and the author is kept informed regarding any public performances. Warning: Contains morbid themes. 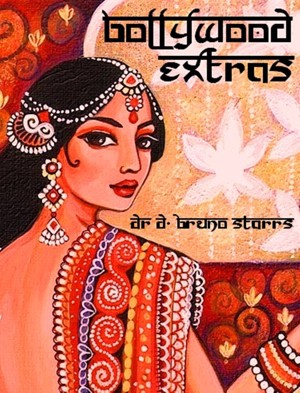 "Bollywood Extras" is like "Lolita" meets "The Day of the Locust", but set in contemporary India (not America) and staged against a backdrop of rabid religious terrorism. Written with the uniquely black comedic, literary flair Dr Starrs is renown for, this, his 3rd novel, boldly captures the feel of Mumbai and the small-time players in its big-time film industry, with style, humor and originality.

You have subscribed to alerts for Dr D. Bruno Starrs.

Would you like to favorite Dr D. Bruno Starrs?

You have been added to Dr D. Bruno Starrs's favorite list.