I’ve been been writing for over thirty years. I realized my unhip credentials were mounting so I decided to write about it. Little Guide to Unhip is published by Night Publishing

However, I’m not completely unhip. My punk novel, Fall Of The Flamingo Circus was published by Allison & Busby (1990) and by Villard (American hardback 1990). Skrev Press published my novels Seaview Terrace (2003) Sucka! (2004) and Break Point (2006) and other shorter work has appeared in Skrev’s avant garde magazine Texts’ Bones including a version of my satirical novella Lost The Plot.

I also received a Southern Arts bursary for my novel Where A Shadow Played (now renamed ‘Did You Whisper Back?).

I’m gradually in the process of getting most of my books published and previously unpublished work onto Smashwords and Kindle.


My novels tend to be character-driven and a bit quirky or gritty – whether contemporary or retro – and deal with issues of today: drugs abuse, homelessness and neighbourhood conflicts, and a common theme is about the experience of being an outsider in society.

Where did you grow up, and how did this influence your writing?
I was born in Crosby, now on the map for Gormley's Iron Men, though when I was a child there were lumps of oil on the beach. I moved to the pretty market town of Cirencester in mid-childhood before moving back up to north Liverpool again until early adulthood. They say write about what you know or in this case where you know and both placers have provided the backdrop in some of my novels as has Bournemouth where I moved to at the age of twenty-one.
When did you first start writing?
I think I always enjoyed writing stories but I began writing a novel at the age of nineteen. I know most 19 year olds don't think of writing novels, even less back then, but my mother was writing a novel and so it didn't seem an alien thing to me.
Read more of this interview.

Where to find Kate Rigby online 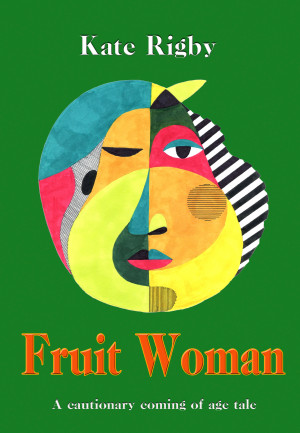 Fruit Woman by Kate Rigby
Price: $2.99 USD. Words: 51,550. Language: English. Published: November 19, 2016. Categories: Fiction » Literature » Literary, Fiction » Coming of age
Fruit Woman is narrated by Helen Scutt, a quirky and naïve twenty-seven-year-old. The image of the Fruit Woman has appeared to her at important times in her life, particularly in relation to her own sexual and spiritual awakening. But only now, while on holiday with her extended family, does she get her first warning message from the Fruit Woman. But can she heed the warning? 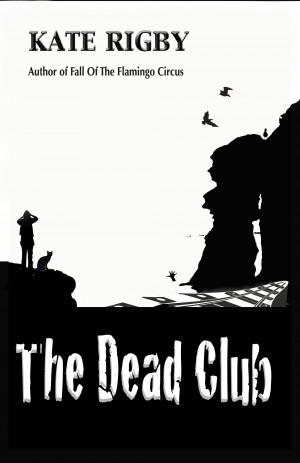 The Dead Club by Kate Rigby
Price: $2.99 USD. Words: 49,240. Language: English. Published: February 27, 2016. Categories: Fiction » Literature » Literary, Fiction » Coming of age
An edgy, contemporary tale about death and suicide and its effects on two families. Written in bite-sized sections in a colloquial style with elements of black humour and surrealism. A lot of it takes place along the iconic devon railway line, passing through Dawlish and Teignmouth. 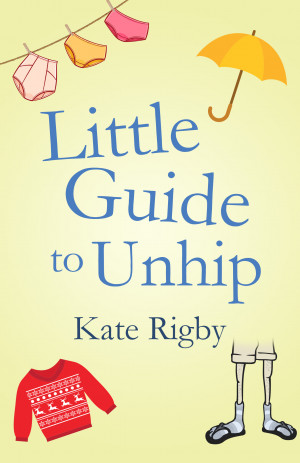 Little Guide To Unhip by Kate Rigby
Price: $2.99 USD. Words: 35,780. Language: English. Published: July 28, 2014. Categories: Nonfiction » Entertainment » Humor & satire, Nonfiction » Reference » Personal & Practical Guides
Have you ever worried about not being quite hip enough? Or maybe you are one of those who flaunts your unhipness with abandon. Either way, Little Guide to Unhip is for you. 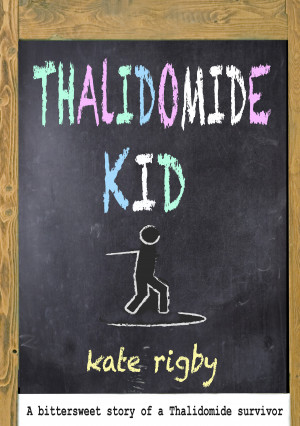 Thalidomide Kid by Kate Rigby
You set the price! Words: 83,660. Language: English. Published: October 17, 2013. Categories: Fiction » Literature » Literary
Meet Daryl, a survivor of the Thalidomide tragedy who calls himself Thalidomide Kid. Meet Celia, the new girl at Lewis Lane Primary School and daughter of the deputy headmaster of the local comprehensive school. Together they form an alliance and a special friendship is born. But who is Stephen Arundel and what does he want? A bittersweet story about young love and emerging sexuality. 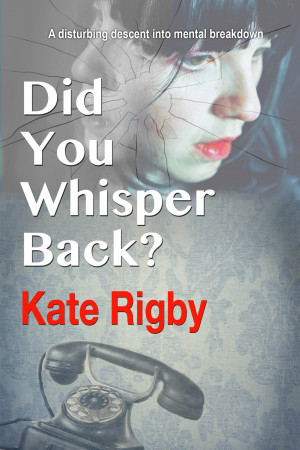 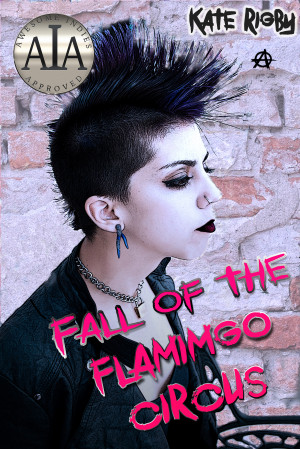 Fall Of The Flamingo Circus by Kate Rigby
Price: $0.99 USD. Words: 48,000. Language: English. Published: June 5, 2012. Categories: Fiction » Coming of age, Fiction » Urban
“Fall Of The Flamingo Circus is the story of a strong and independent girl’s childhood and adolescence, her desperate battle to make something of the fearful hand dealt to her …over the years we watch Lauren’s voice grow in power and imagination, as her life – a rebel, a punk, admired by her gang but rejected and victimised by men – bursts out of its sad confines…” 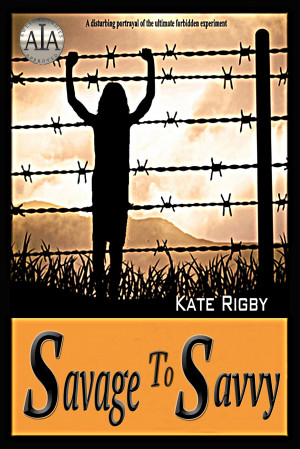 Psychology graduate, Heidi Harper is appointed to work with Professor Mala, pioneer of a new project to rehabilitate dog-reared feral child, Nicki. Heidi is soon asking questions and her mission takes on sinister overtones. As the truth outs, the lives of all concerned begin to unravel. 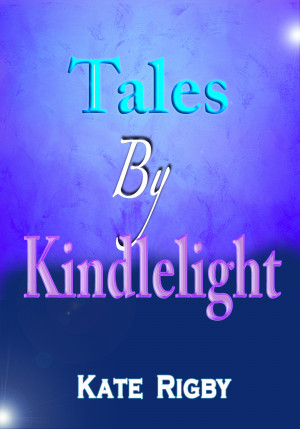 Tales By Kindlelight by Kate Rigby
Price: $1.99 USD. Words: 52,570. Language: English. Published: August 21, 2011. Categories: Fiction » Anthologies » General
This bittersweet collection reflects themes for our time, be it the angst of reaching fifty, emerging sexuality or sexual experimentation. In other stories, patterns of behaviour across generations or within a lifetime are explored. Other stories look at life from unusual viewpoints, while others still have voices of a generation. 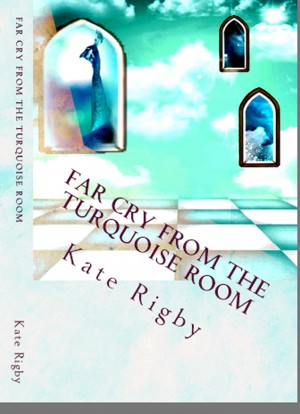 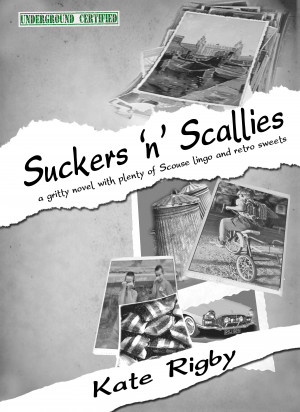 Suckers n Scallies by Kate Rigby
Price: $2.99 USD. Words: 60,520. Language: English. Published: March 31, 2011. Categories: Fiction » Coming of age
Loss and loneliness in childhood lead introvert middle-class Kit Ramsay into forbidden friendship and taboo territory with Liverpool tough boy, Terry Dacosta. Violence and deprivation in Terry’s childhood, drive him to aspire to a life like Kit’s. Their early experiences in 60s and 70s Liverpool are to have far-reaching effects on their adult lives and relationships 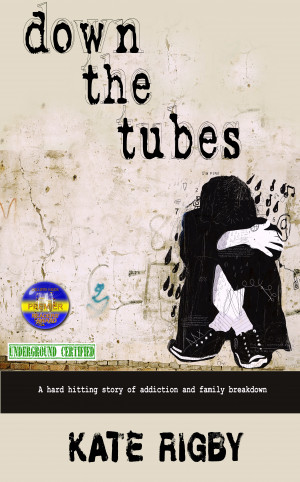 Down The Tubes by Kate Rigby
Price: $1.99 USD. Words: 53,250. Language: English. Published: March 3, 2011. Categories: Fiction » Urban
Down The Tubes is the story of a dysfunctional family riven by lack of communication, addiction and abuse. 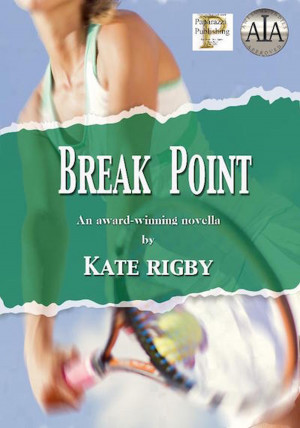 Break Point by Kate Rigby
Price: $0.99 USD. Words: 31,140. Language: English. Published: February 23, 2011. Categories: Fiction » Gay & lesbian fiction » Lesbian, Fiction » Women's fiction » General
It's the start of the 1999 Wimbledon Tennis Championships. Break Point is not only about an obsession with Wimbledon: the game of tennis itself becomes a metaphor for the other psychological matches taking place at the house of peevish old Gwen McMahon. Carers come and go, but who will survive to the final? 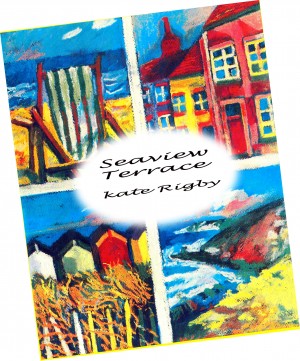 You have subscribed to alerts for Kate Rigby.

You have been added to Kate Rigby's favorite list.

You can also sign-up to receive email notifications whenever Kate Rigby releases a new book.