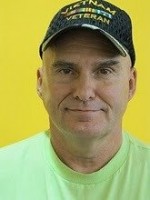 Blaze McRob has penned many titles under different names. It is time for him to come out and play as Blaze.

In addition to inclusions in numerous anthologies, he has written many novels, short stories, flash fiction pieces, and even poetry. Most of his offerings are Dark. However dark they might be, there is always an underlying message contained within.

Join him as he explores the Dark side. You know you want to.

Where to find Blaze McRob online

You have subscribed to alerts for Blaze McRob.

You have been added to Blaze McRob's favorite list.

You can also sign-up to receive email notifications whenever Blaze McRob releases a new book.