C. A. Simonson has been a technical writer, freelance writer, author, editor, playwright and graphic artist. She has over 200 nonfiction articles in magazines online and in print. Her award-winning short stories have been published in five anthologies and online. She has written newsletters for several companies and a column for Quick & Easy Cooking magazine. Teacher, speaker, transcriptionist, and documentation specialist, she has served on the board of the Springfield Writer’s Guild in Missouri for three years. She has self-published two novels and one anthology. She is the mother of two sons and grandmother to six grandchildren. She lives in Strafford, Missouri.

When did you first start writing?
I first began writing as a small child, making up stories, putting them into little chapbooks. When I was in fourth grade, I won a reading contest - by writing the story, and then reporting on it as if it were a real book. That story is on my website casimonson.wordpress.com, entitled "The Budding of a Writer." My first published piece was a poem at age 17, published by a national youth magazine. I received $7.50 for it, and I was thrilled!

My real writing endeavors for nonfiction articles didn't begin until I was in my 30s, and a whole new avenue opened up. I found people liked to read what I wrote, and that was a pleasure to me. I didn't publish a fictional work until my debut novel, "Love's Journey Home," came out in 2013. It is a coming of age/ family adventure book. The sequel, "Love Looks Back" came out in spring 2015. It is a cozy mystery. The third book in the series, "Love's Amazing Grace," is a war-time adventure which brings all siblings back together in sweet reunion. It was released in Dec. 2015.
What's the story behind your latest book?
My latest book is Love's Amazing Grace: The Reunion, the third in the Journey Home trilogy. Seven siblings have been abandoned in the 1940s on a cold, rainy Nebraska night, left to find their own ways in life. Love's Amazing Grace follows the oldest, Guy, who was almost fifteen when he was left to care for his six brothers and sisters. Abandoned once when his drink-ruined father left him and his siblings, Guy felt abandoned all over again. Alone on a sinking ship in the middle of the Pacific, he promises to make things right if he ever makes it home alive. He will admit his guilt of killing his Pa. His brothers and sisters have searched for years, not knowing he ran off to war, and have battled their own agonies of being separated. Two of the girls were adopted, but it turned out to be abusive for one. Jo hates her life, and as she struggles to find her way, her sister Grace has become the spoiled brat. In a unique turn of events, the siblings find each other again in a sweet reunion. No matter what circumstances prevail, or how intense the struggle,through persistent determination and prayer, strong family ties can never be broken.
Read more of this interview.

Where to find C. A. Simonson online

Journey Home by C. A. Simonson
The Journey Home series gives an amazing account of seven children, once abandoned by their drunken father after their mother died in childbirth. They had to separate and each find their own way. The first book, "Love's Journey Home," follows Frankie, the third-born, as he searches for love and acceptance on his coming-of-age from a boy to a man. Book I is a romance/adventure. Love Looks Back, the second in the series, finds Frank, now a young man, going back to his hometown to search for his long-long siblings, settles some old scores, and make peace with his troubled past. What he finds are some happy surprises, but also some disturbing questions. Someone lived - and died in the old barn, but who? Why? How? Book II is a cozy mystery. Love's Amazing Grace: The Reunion will bring all the siblings back together again in an amazing and unexpected reunion. Projected for publication in 2016.

Love Looks Back: The Search for Siblings
Price: $1.99 USD. 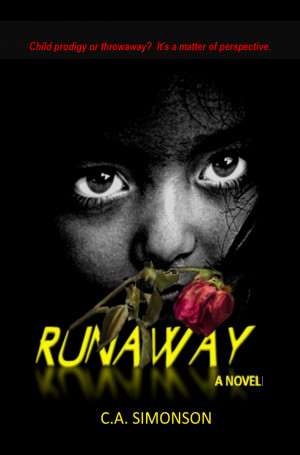 Runaway by C. A. Simonson
Price: $0.99 USD. Words: 55,280. Language: English. Published: January 3, 2020. Categories: Fiction » Coming of age, Fiction » Young adult or teen » Family
Two elderly ladies find a young scared girl huddling in a ditch. She's hurt, dirty, cold, and hungry. They don't know where she came from, or where she was heading. Suspecting she's a runaway, they take her home, not even knowing her name because she isn't talking. And she won't until she learns if she can trust them or not. No one else so far has been kind enough to care. Who is she, and why? 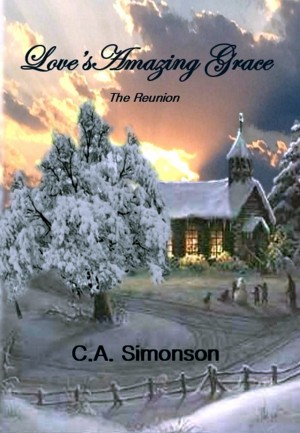 Love's Amazing Grace: The Reunion by C. A. Simonson
Series: Journey Home. Price: $2.99 USD. Words: 48,220. Language: English. Published: December 9, 2015. Categories: Fiction » Inspirational, Fiction » Christian » Historical
Abandoned once when his drink-ruined father left him and his siblings, Guy felt abandoned all over again. Alone on a sinking ship in the middle of the Pacific, he promises to make things right if he ever makes it home alive. He will admit his guilt of killing his Pa. His brothers and sisters have searched for years, not knowing he ran off to War and have battled their own agonies of separation. 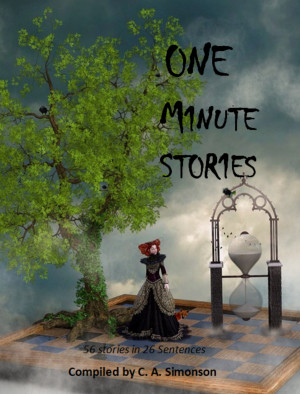 One Minute Stories: 56 Stories in 26 sentences by C. A. Simonson
Price: Free! Words: 24,120. Language: English. Published: June 2, 2015. Categories: Fiction » Anthologies » Flash fiction, Fiction » Anthologies » Short stories - multi-author
"One Minute Stories" is a travel companion to keep you entertained for hours. Quick flash fiction stories are written in every genre by forty-two talented authors from all over the world. The challenge: to write a complete story from A-Z in 26 sentences. 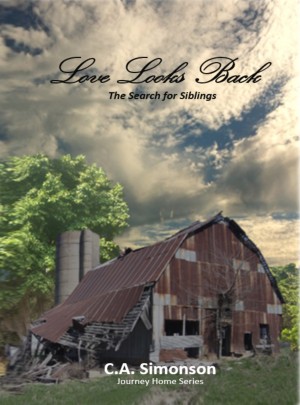 Love Looks Back: The Search for Siblings by C. A. Simonson
Series: Journey Home, Book 2. Price: $1.99 USD. Words: 41,070. Language: English. Published: June 2, 2015. Categories: Fiction » Christian » Mystery & detective
Love Looks Back: The Search for Siblings is book two in the Journey Home Series. Frank,now a young man, returns home to find answers, settle old scores, and make peace with his past. In his search, he finds some happy surprises, but also unearths some disturbing questions. It is a cozy mystery with a message of forgiveness for life's disappointments and healing from life's hurts. 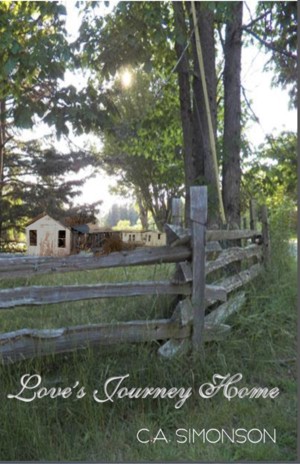 Love's Journey Home: The Search for Love by C. A. Simonson
Series: Journey Home, Book 1. Price: $0.99 USD. Words: 55,260. Language: English. Published: November 25, 2013. Categories: Fiction » Young adult or teen » Adventure, Fiction » Women's fiction » General
Abandoned at age 10, separated from brothers and sisters, Frankie was left to find his own way in life. He pawns his muscle for room and board to a neighboring farmer. Thinking he's being sold for labor, and treated harshly by the farmer's wife, Frank stows away on a train to find a new life and belonging. That's when he meets Anne, and Anne changes everything.

You have subscribed to alerts for C. A. Simonson.

You have been added to C. A. Simonson's favorite list.

You can also sign-up to receive email notifications whenever C. A. Simonson releases a new book.