CB Lilley was born in Lancaster County in 1976 and grew up enjoying the relative calm of life in rural Pennsylvania. While she is not Amish, her heritage is heavily steeped in that tradition.

After graduating as the valedictorian of her high school in 1994, she moved to Los Angeles and attended a writing program at the University of Southern California. After spending 10 years writing on the west coast, she grew weary of the “monster” known as Hollywood and decided to publish Blame it on Barbara. It was a difficult decision, but one which, thanks to the overwhelming success of the book, she has not had the opportunity to regret.

When CB isn’t working, she enjoys watching baseball, cooking, learning, going to the movies, spending time with her friends and family, and failing miserably at crossword puzzles. She also exercises regularly, finding time whenever she can to jog, walk, bike or go for a swim in her pond.

Where to find CB Lilley online 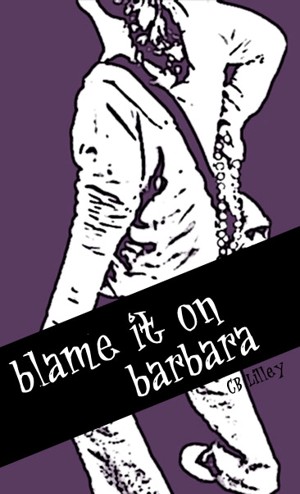 Blame it on Barbara by CB Lilley
Price: $2.00 USD. Words: 67,160. Language: English. Published: January 17, 2010. Categories: Fiction » Young adult or teen » Adventure
An action-packed novel for the ‘tween set, "Blame it on Barbara" is the story of two small-town kids who become inadvertently entwined in a CIA adventure. In this riveting cloak-and-dagger spy caper, these two 12-year-olds are charged with guarding the nation’s most valuable secrets from a group of foreign spies, and they must protect them at all costs...possibly with their lives!

You have subscribed to Smashwords Alerts new release notifications for CB Lilley.

You have been added to CB Lilley's favorite list.

You can also sign-up to receive email notifications whenever CB Lilley releases a new book.