I am a retired HS math teacher. living in Alberta, Canada with Bachelor degrees in Education and humanities English. I've been writing since the early 1980s and my genre is Science Fiction.

What's the story behind your latest book?
What I did was use my own teen experiences as the background for the John character in this story. I was the guy working in the fields and mucking out cow barns while the other kids were hanging out, going to parties, and generally raising hell. I've always been fascinated by the Beowulf epic, especially the part about Grendel. I wondered if the monster were to actually exist what would be the source of his power and longevity? He would have to have the power of regeneration, and be extremely long-lived. The notion of a film company isolated from regular society and a crazy film producer who discovers the monster then attempts to exploit him was bundled in and the story became what it is.
What motivated you to become an indie author?
My lack of success when attempting to become published by mainstream print media. Ebooks are an accessible and cheap alternative. I think I've grown as an author by having my work in the public eye and available for the general public to purchase if they wish. Recognition is hard come by, and is something I'm not very good at generating. I hope this way to become noticed and to generate a following.
Read more of this interview.

Where to find Gabriel Darke online 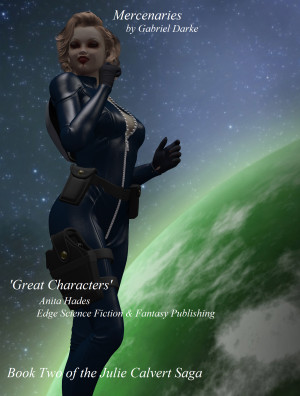 Mercenaries by Gabriel Darke
Price: $0.99 USD. Words: 266,110. Language: English. Published: December 29, 2019. Categories: Fiction » Science fiction » Military, Fiction » Science fiction » Adventure
In the sequel to Metal Hearts a shanghaied Julie Calvert is right back where she wanted never again to be. Her one-way ticket to a death zone has her nemesis sharing the ride. This time there's no hope of an outside rescue. She's doing it all on her own. The gigantic alien derelict spacecraft, home of an intelligence that may or may not be a friend, awaits. 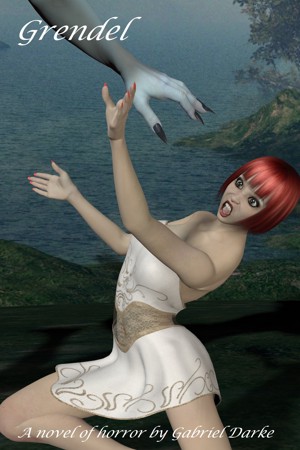 Grendel by Gabriel Darke
Price: $0.99 USD. (Free!) Words: 117,900. Language: English. Published: February 28, 2014. Categories: Fiction » Horror » Ghost
John is a young man anxious for change. Circumstances strand him in the middle of a region where a great many disappearances have taken place. Robbed and made to feel a fool he must find it in himself to rise above his situation or return to a life of virtual slavery and abuse. Along the way he must joust with pretty girls, ghosts and monsters. The rewards are many, but only if he survives. 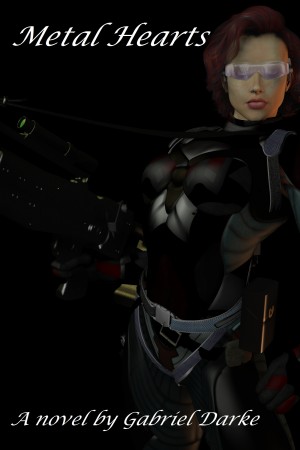 Metal Hearts by Gabriel Darke
Price: Free! Words: 262,880. Language: English. Published: June 25, 2013. Categories: Fiction » Science fiction » Adventure
A survey mission has as its goal to find a long lost wreck, with the intent to plunder what might remain of its secrets. Left with a minimal crew Julie Calvert has a lot to do and to prove, and she is equal to the challenge, or thinks she is. What the crew of the Polyphemus does not realize is that while they are looking for the mysterious something, the something is looking right back at them. 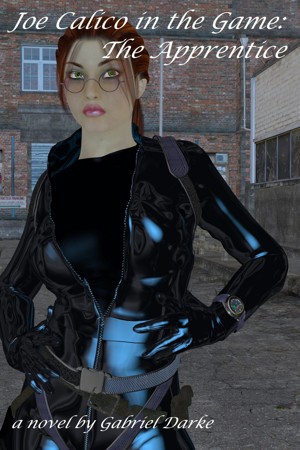 Joe Calico in the Game: the Apprentice by Gabriel Darke
Price: $0.99 USD. (Free!) Words: 214,260. Language: English. Published: December 4, 2012. Categories: Fiction » Science fiction » Adventure, Fiction » Adventure » Action
Samantha Meyer has just joined the best wetworks team in the galaxy. Her job is simple: make the bad guys dead. The fact she has an enormous crush on another team member is a one-way, secret sort of thing, or it used to be. . .

You have subscribed to alerts for Gabriel Darke.

You have been added to Gabriel Darke's favorite list.

You can also sign-up to receive email notifications whenever Gabriel Darke releases a new book.