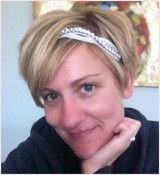 Cambria Hebert grew up in a small town in rural Maryland. She is married to a United States Marine and has lived in South Carolina, Pennsylvania, North Carolina and back to Pennsylvania again. She is the mother of two young children with big personalities, is in love with Starbucks (give the girl a latte!) and she is obsessed with werewolves. Cambria also has an irrational fear of chickens (Ewww! Gross) and she loves to watch Vampire Diaries and Teen Wolf. Her favorite book genre is YA paranormal, and she can be found stalking that section at her local Barnes and Nobles (which happens to be her favorite place ever!). You can find her never doing math. It makes her head hurt.
Cambria is the author of the Heven and Hell series, a young adult paranormal book series. The series begins with Before, a short story prequel and is followed by the first novel in the series Masquerade. Look for all her titles where all books are sold.
Cambria also co-hosts a live, internet blog radio talk show, JournalJabber, (www.blogtalkradio.com/journaljabber) where she dishes about books, publishing and everything in between: hair in a can, toilet snakes, chicken phobias, etc..
You can find Cambria on Facebook, Good Reads, Twitter and her website http://www.cambriahebert.com for her latest crazy antics and the scoop on all things Heven and Hell.

Where to find Cambria Hebert online 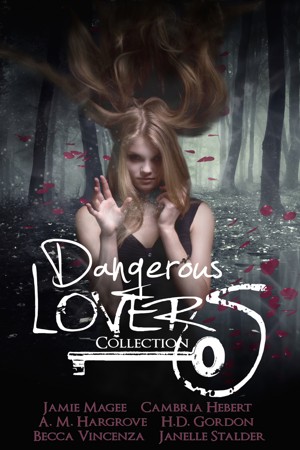 You have subscribed to alerts for Cambria Hebert.

You have been added to Cambria Hebert's favorite list.

You can also sign-up to receive email notifications whenever Cambria Hebert releases a new book.