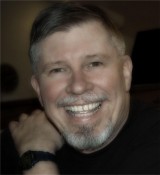 CAP WAS BORN, Charles Allen Parlier II, son of Doris & Charles Parlier, older brother of Jonathan & Melissa, on 6.July.1948, in Reedley, California, near Fresno, in the San Jaoquin Valley. He received his nickname, Cap, from his mother -- a simple acronym of his initials. For those interested in Cap's paternal genealogy, click HERE. He grew up in San Mateo, California, and graduated from Hillsdale High School in 1966. He left California for the first time to attend the United States Naval Academy, Class of 1970, then chose to become a second lieutenant in the United States Marine Corps. To complete his academic education, Cap obtained his Master of Science degree from the University of West Florida in 1973.
AFTER THE BASIC School in Quantico, Virginia, Class 2-71, he completed Ranger School, then joined the 3d Reconnaissance Battalion, 3d Marine Division. To his good fortune, he was the only officer with a set of blues, so he had the hardship duty of an exchange tour with the British Army Royal Welch Fusiliers Regiment at Gun Club Hill Barracks in Kowloon, Hong Kong. When he returned to his reconnaissance platoon [2nd Plt., C Co., 3rd Recon Bn.], they were attached to 1st Battalion, 9th Marines, aboard USS Denver off the coast of North Vietnam during Operation LINEBACKER II in early 1972. (There may be a book in there!) Next stop, flight school at NAS Pensacola, FL, followed by his fortuitous assignment to HMA-169 at Camp Pendleton, CA. He learned to fly the AH-1G attack helicopter. In the desert Southwest, they adapted classic, fixed-wing, aerial combat techniques to the performance characteristics of attack helicopters. After a full tour, Cap was selected to attend the US Navy Test Pilot School, Class 73, at NAS Patuxent River, MD. As the attack helicopter project officer, he lead the test team to qualify the AIM-9 Sidewinder air-to-air missile, the 5" Zuni rocket, and tactics for use of the AGM-65 TOW missile overwater. From the excitement of flight test, he joined the staff of Headquarters, III MAF in Okinawa, Japan. In 1981, Cap resigned from active duty and joined the Marine Corps Reserve from which he eventually retired as a lieutenant colonel in 1995 after 25 years of service.

"To be in the Corps is to be in a state of mind
that dictates one's relationship to the rest of the world."
Mr. Thomas E. Ricks, author of MAKING THE CORPS

CAP LEFT ACTIVE duty in 1981 to join Hughes Helicopters as an experimental test pilot. He was the project manager and test pilot of the Hughes 500MD Mast Mounted Sight attack helicopter. After completing the appropriate testing, the team took the aircraft on an extended tour of Sweden, Denmark, Switzerland, Greece and Israel during the Summer of 1982. After the demonstration tour of Hughes 500MD MMS aircraft, Cap spent considerable time at the US Army's Yuma Proving Grounds testing the YAH-64 prototype attack helicopter for the Army. McDonnell Douglas acquired the company after it moved from California to Mesa, Arizona, and changed the name to McDonnell Douglas Helicopter Company. He participated with others in the development and testing of a full authority, fly-by-wire, digital, inertial flight path management, flight control system. He tested the AIM-9 Sidewinder, the Matra Mistral and Stinger air-to-air missiles. He also developed the air combat maneuvering capability of the AH-64A attack helicopter culminating in several aerobatic airshow performances including the 1988 Farnborough Airshow. It was at Farnborough Cap met Anatoly Kovatchur, a Mikoyan experimental test pilot and MiG-29 demonstration pilot. At the 1989 Paris Airshow, Cap renewed his friendship with Anatoly Kovatchur and met Gourgen Karapetyan, a Mil experimental test pilot and Hero of the Soviet Union. It was at Paris Gourgen told Cap about the extraordinary efforts of the helicopter pilots at Chernobyl. Later, at the Redhill Airshow in England, a message from Gourgen was passed to Cap asking for his help to provide special medical treatment for one of the Chernobyl pilots and fellow test pilot, Anatoly Demjanovich Grishchenko. With the help of several key individuals, Anatoly arrived in Seattle in April 1990 for a bone marrow transplant at the Fred Hutchinson Cancer Research Center under the direction of Dr. John Hansen. Unfortunately, after a valiant struggle, Anatoly died 2.July.1990, of complications from an infection acquired prior to his transplant. Cap was able to visit Anatoly's grave in Zhukovsky, Russia, South of Moscow, as well as visit many of the other Chernobyl pilots stationed at Torzhuk. John Pekkanen wrote an exceptional article about Anatoly for the May 1991 issue of Reader's Digest titled "The Man Who Flew Into Hell." The heroism of the Chernobyl pilots is the subject of Cap's historical novel, Sacrifice.

Where to find Cap Parlier online

To So Few by Cap Parlier 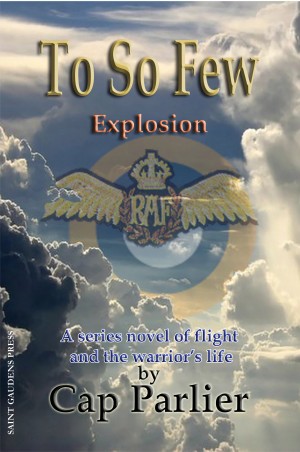 To So Few - Explosion by Cap Parlier
Series: To So Few. Price: $2.99 USD. Words: 180,780. Language: English. Published: January 4, 2016 by Saint Gaudens Press Inc. Categories: Fiction » Historical » United Kingdom
Brian, Jonathan and the other pilots of Royal Air Force No.609 Squadron move south to meet the expected cross-Channel invasion after the Germans dramatically subdued and subjugated Denmark, Norway, Netherlands, Belgium and France. Winston Churchill ascends to the premiership of the United Kingdom and leads the Empire through the darkest days in the history of Great Britain. 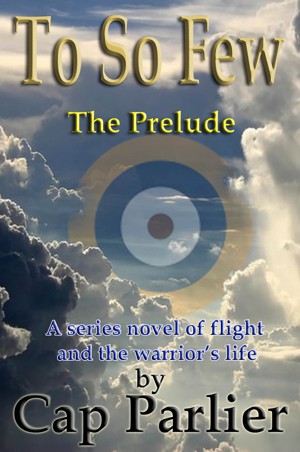 To So Few - The Prelude by Cap Parlier
Series: To So Few, Book 2. Price: $2.99 USD. Words: 132,410. Language: English. Published: September 29, 2013 by Saint Gaudens Press Inc. Categories: Fiction » Historical » USA, Fiction » Historical » United Kingdom
This is the second of a planned dozen books in Cap Parlier’s To So Few series of historic novels. Brian Drummond becomes a fighter pilot in the RAF as World War II opens in Europe. It does not take long for him to demonstrate his skills with the best fighter airplane of its day. As with all bands of warrior brothers, the special kindred bonds forged in the heat of battle expand their lust for l 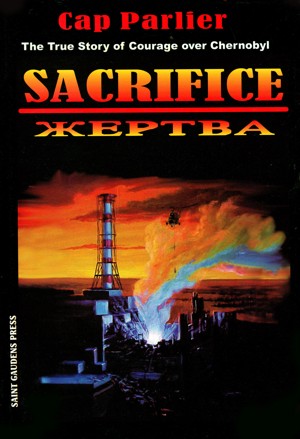 You have subscribed to alerts for Cap Parlier.

You have been added to Cap Parlier's favorite list.

You can also sign-up to receive email notifications whenever Cap Parlier releases a new book.