Carol Hiltner's purpose is to encourage and inspire with her internationally recognized writings and visual art. Both are sourced from her dreams and visions, in communication with angelic Light Beings; her creations convey the healing energy imprint of these beings.

In 1998, Light Beings invited Carol to the Altai Mountains in Siberia -- a place where the beings are well known. Altai is recognized as the source of Siberian shamanism and, in 2006, Carol founded and still supports Altai Mir University, an NGO focused on restoring Altai's ancient and sacred indigenous culture, which was ravaged by Communism. Twelve times, she made the 60-mile trek to the high-energy Altai hot spot, Mount Belukha -- twice solo and twice leading international expeditions. Ninety of Carol's visionary paintings are on permanent display at Hotel Portal Beluha in the town of Ust Koksa near the mountain.

Prior to visiting Altai, Carol traveled widely in the former Soviet Union as a "citizen diplomat" on humanitarian missions. In 2009, the National Peace Foundation initiated an international peace prize named after her "peace quilt" projects, with Carol and her daughter Sunny as the first recipients.

Professionally, Carol has been involved with every aspect of the publishing industry, from concept to end-user and from community newsletters to multinationals, leading the presentation team at Boeing that won them the coveted United Way "Spirit of America" award.

Carol grew up in Seattle, skiing and sailing with her family as well as competitively. She was a National Merit semi-finalist, all-city hurdles champion, and skippered her boat to first place in the Tri-Island Yacht Racing series. She and her (now ex-) husband (and whole family) climbed to the summit of Mount Rainier for their wedding.

She would love to hear your thoughts about Altai, Russia in general, mysticism, shamanism, and human potential.

Where to find Carol Hiltner online 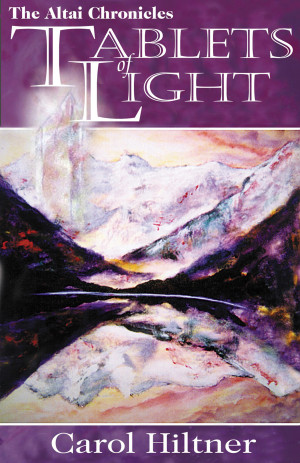 The Altai Chronicles: Tablets of Light by Carol Hiltner
Series: The Altai Chronicles. Price: $2.99 USD. Words: 68,090. Language: English. Published: July 27, 2018. Categories: Nonfiction » Religion & Spirituality » Spiritual awakening, Nonfiction » Biography » Adventurers & explorers
In a dream, Carol Hiltner was called to the sacred mountains of Altai—in remotest Siberia. Her task, she was told, was to open an interdimensional door and to translate Tablets of Light as a gift for all humanity. Her search took her far beyond those physical mountains, deep into the wildernesses of her own soul. 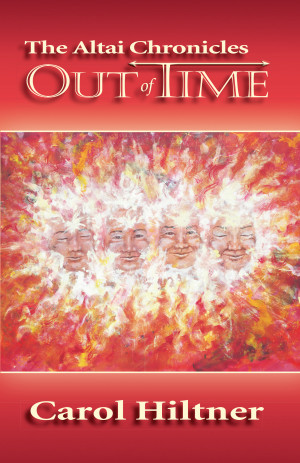 The Altai Chronicles: Out of Time by Carol Hiltner
Series: The Altai Chronicles. Price: $2.99 USD. Words: 80,380. Language: English. Published: July 24, 2018. Categories: Nonfiction » Religion & Spirituality » Self-realization, Nonfiction » Relationships & Family » Family relationships
Siberian wilderness is no place for a melt-down. But when I set out with two beloved "brothers" on my third spiritual quest into the sacred Altai Mountains—intending to reconcile the sacred masculine and feminine—my life-long effort to clear my father's stormy emotional lineage reaches a harrowing climax. 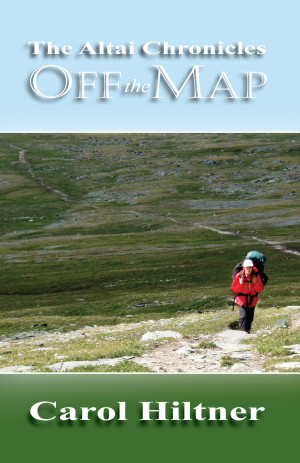 The Altai Chronicles: Off the Map by Carol Hiltner
Series: The Altai Chronicles. Price: $2.99 USD. Words: 79,110. Language: English. Published: June 22, 2018. Categories: Nonfiction » Religion & Spirituality » Spiritual awakening, Nonfiction » Sports & outdoor recreation » Hiking
Follow the spiritual adventures of a 60-year-old American woman who treks solo for 60 miles through the wilds of Siberia. She carries a 65-pound backpack, cooks over a fire, collects rainwater to drink, and copes with floods, bears, and treacherous mountain passes. Alone for 3 weeks in the Altai Mountains—primeval source of Siberian shamanism—she travels deep into the mysteries of her own psyche.

You have subscribed to alerts for Carol Hiltner.

You have been added to Carol Hiltner's favorite list.

You can also sign-up to receive email notifications whenever Carol Hiltner releases a new book.